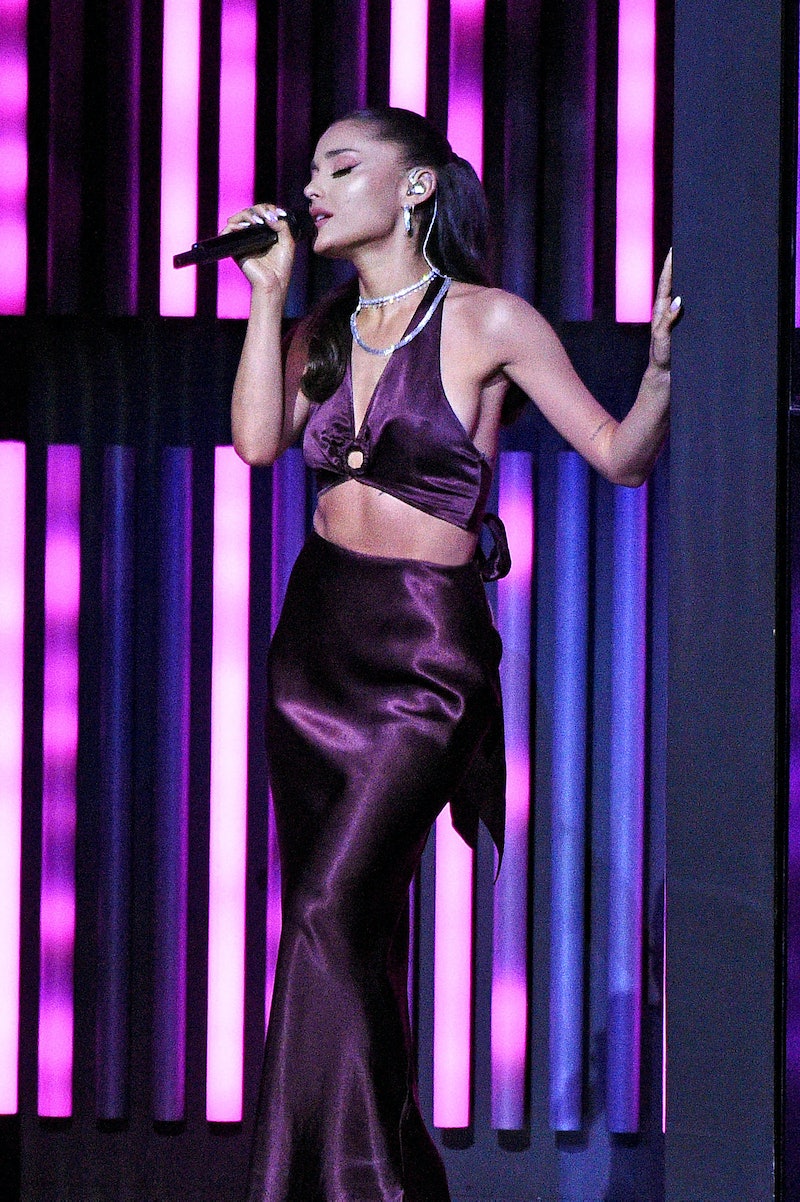 2021 was... a year! Maybe you love seeing happy year-end recaps from friends, family, and celebrities on social media — or maybe you find it easier to commiserate with those whose years were a little more meh. But if you are searching for an example of someone who thrived during this messy year, look no further than Ariana Grande. On New Year’s Eve, the “Positions” singer took to her Instagram story to reflect on the many positive things that happened over the last 12 months.

“Happiest year of my life,” she wrote over a series of photos documenting her year — from her May marriage to Dalton Gomez to getting to work with Kristin Chenoweth on The Voice. “I feel so …… deeply and extraordinarily …. grateful!!!!!! wishing you a truly happy, healthy, safe and lovely everything.”

Grande’s stories also included a shoutout to her friend Cynthia Erivo, whom she’ll be starring alongside in the upcoming Wicked film adaptation. Being cast as Glinda to Erivo’s Elphaba, Grande wrote, was “the most extraordinary, thrilling, unfathomable thing.” Addressing Erivo directly, she continued, “i am counting down the minutes my sweet friend. i couldn’t be happier.” Grande went on to call the role and their collaboration the “biggest joy and honor (and such tremendous fun).”

Another major highlight for Grande appears to have been the November launch of her new beauty brand, r.e.m. beauty. Two of her stories featured her products being worn out in the world. Though she didn’t add any commentary, the photos stood on their own.

Getting married, collaborating with a hero, landing many a theater kid’s dream role, and launching a beauty company would be enough to warrant the best-year-ever title on their own — but Grande’s actually being pretty humble, because she achieved even more than that in her landmark year. In March, she brought home a Grammy Award for Best Pop Duo/Group Performance alongside Lady Gaga (Alexa, play “Rain on Me”). Months later, she picked up two more Grammy noms with Positions — Best Pop Vocal Album and Best Pop Solo Performance, for the album’s title track — while also earning recognition for her work on Doja Cat’s Planet Her, an Album of the Year contender. And finally *takes breath*, she ended the year with a role in the star-studded satire Don’t Look Up, playing a pop star whose end-of-the-world anthem goes viral as a comet hurdles toward Earth.