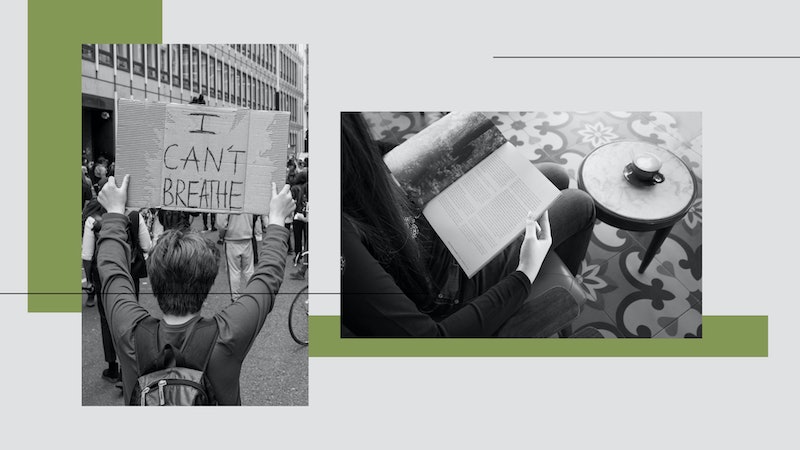 Earlier this summer – and since – the Black Lives Matter movement has seen hundreds march in solidarity across the world and in the UK. Anti-racist content has flooded social media. Both protests and social media activism were in direct response to the murder of George Floyd, a Black man, at the hands of a white police officer in the U.S. state of Minneapolis. But not him alone. We learned the names of Breonna Taylor, Elijah McClain, Tony McDade, Dion Johnson, and so many others. All examples of police brutality and victims of systemic racism. On Sept. 23, the Kentucky attorney general announced that the three police officers who were under investigation for the death of Breonna Taylor would not be prosecuted. Instead, Brett Hankison will face charges for "wanton endangerment." This has sparked a new wave of calls for justice.

While it's important that Black Lives Matter and the way in which racism is baked into society in countries around the world is garnering so much attention, it's long overdue. The UK has its own long history of racism which is barely acknowledged or understood by most. If the ongoing conversations and protests have made you realise you require further educating, this list includes articles that can help you begin to fill those gaps. (There are also books about race in Britain you can read, Instagram accounts you can follow, UK organisations you can support, and podcasts you can listen to.) Understanding Britain's colonial legacy and the way it impacts on the lives of Black British people daily is not something that can be achieved by the clicking of one or even a few links, but it is a start. There is a wealth of brilliant writing out there from Black journalists, writers, and historians and about the life and work of important Black British people. Get to know it.