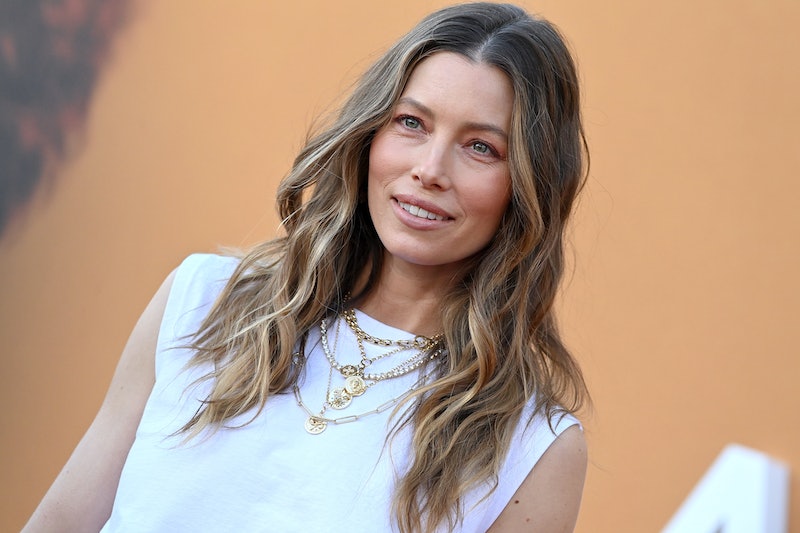 Axelle/Bauer-Griffin/FilmMagic/Getty Images
By Rachel Mantock
May 18, 2022

From Netflix’s recent Tinder Swindler to The Puppet Master: Hunting A Con Man, it seems like we just can’t get enough of true crime. And now, the creators and co-executive producers of Hulu’s The Act (featuring Joey King as Gypsy Rose and Patricia Arquette as Dee Dee Blanche) are back with yet another blood curdling true crime drama based on the shocking real events surrounding Candy Montgomery and the death of Betty Gore. But where can you watch Candy in the UK?

Set in the ‘80s and starring Melanie Lynskey (Yellowjackets) as the murdered Betty Gore, this much anticipated retelling of an IRL mild mannered housewife-turned-rageful-violent-woman dropped on May 9 for U.S. viewers. Starring Jessica Biel (The Sinner) as the suspected Texas killer in question, the limited series is the latest from Hulu’s “based on true events” theme. Alongside Lynskey and Biel sees Pablo Shreiber (Orange Is The New Black) play Betty’s husband Allan, and (also in a factual twist) Candy’s lover.

Biel’s husband Justin Timberlake also cameos as Sheriff Steve Deffibaugh, in a role Biel claims he landed because he agreed do it for free after the project budget ran low.

Created by The Act’s Nick Antosca and Robin Vieth (Mad Men), the five-part series is based on the real life Candy Montgomery, a quiet, churchgoing housewife from Texas accused of axing (41 times, apparently) her best friend Betty Gore to death in the 1980s. The official synopsis describes Candy as someone “who did everything right – a good husband, two kids, nice house, even the careful planning and execution of transgressions,” adding, “When the pressure of conformity builds within her, her actions scream for just a bit of freedom. Until someone tells her to shush. With deadly results.”

Candy dropped on Hulu’s streaming platform on May 9, but an air date and streaming partner are yet to be announced for UK viewers. With many of Hulu shows available on Disney+ in the UK, Candy could (eventually) become part of Disney+ UK’s offering too. We’ll update this piece when we know more information. But in the meantime, check out the trailer below.