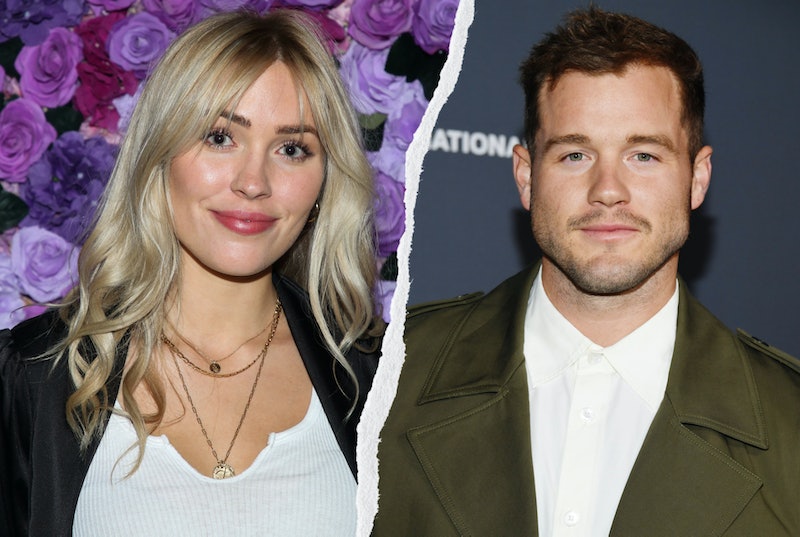 It’s been more than a year since Colton Underwood and Cassie Randolph broke up, but the details of the ill-fated Bachelor couple’s split continue to reverberate. From the infamous fence jump to the stalking and harassment allegations, Colton can’t stop talking about how his past relationship while promoting his new Netflix series, Coming Out Colton, which premiered Dec. 3. He even speaks about Cassie on the show itself, noting that “after The Bachelor, our relationship was up and down and eventually we broke up and I started to spiral.”

Cassie, though, would rather Colton just stop — to borrow a phrase from Taylor Swift, she’d very much like to be excluded from this narrative. According to a report from E! News, the former Bachelor winner “doesn't love that her name keeps getting brought up” in the Coming Out Colton press cycle.

“She has definitely moved on from that time in her life,” a source told the outlet. “She thinks it's inappropriate that Colton has continuously spoken about their relationship but understands it's part of his journey.”

Colton, who came out as gay in April, is in a new relationship with political strategist Jordan C. Brown — they’re “very happy and very in love,” Colton told The New York Times — and Cassie is coupled up with musician Brighton Reinhardt. “She is really happy right now and is in a healthy relationship,” E!’s source continued.

Another source close to Cassie told E! that the Bachelor winner, her family, “and those directly affected by the restraining order ... have not received a private apology from Colton, noting that “to not privately apologize for the pain he caused her and her family is disappointing.” However, a source close to Colton said the family “specifically asked for Colton to never reach out ... again,” per E!

So Cassie definitely doesn’t like being part of Colton’s conversation — but is she going to watch his show just to know what that conversation is? Don’t count on it. According to Us Weekly, Cassie “wasn’t given any heads up” about the doc and “isn’t going to be talking about the documentary [or] watching it, that’s for sure.” At the same time, the magazine noted Cassie’s been “holding back her feelings” because “she doesn’t want to say anything that would hurt [Colton].” Bustle has reached out to Cassie’s representatives for comment but has not received a response.