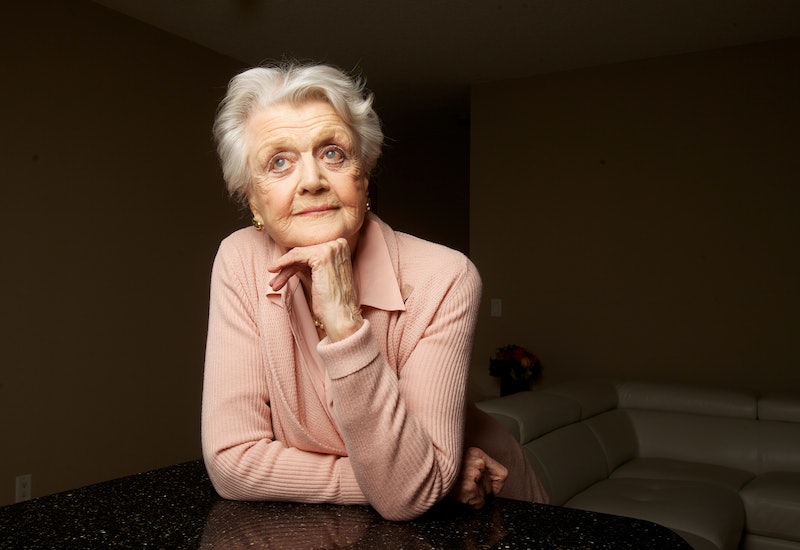 Angela Lansbury, a Broadway icon and the star of Murder, She Wrote whose career spanned eight decades, has died at age 96. “The children of Dame Angela Lansbury are sad to announce that their mother died peacefully in her sleep at home in Los Angeles at 1:30 a.m. [on] Oct. 11, 2022, just five days shy of her 97th birthday,” Lansbury’s family wrote in a statement sent to Bustle.

Lansbury is perhaps best known for her character Jessica Fletcher, a mystery writer and amateur detective on Murder, She Wrote. Previously, Lansbury rose to fame at age 17 with the 1944 film Gaslight in which she played a conspiratorial maid opposite Ingrid Bergman. The film earned her an Oscar nomination for Best Supporting Actress. She went on to appear in films like The Manchurian Candidate and The Picture of Dorian Gray, Broadway productions of Mame, Gypsy and Sweeney Todd, and animated films like Beauty and the Beast in which she voiced Mrs. Potts.

After her passing, celebrities quickly paid tribute to her life and career on social media. Seinfeld star Jason Alexander called her “one of the most versatile, talented, graceful, kind, witty, wise, classy ladies I’ve ever met,” while Star Trek star George Takei wrote, “A tale old as time, our beloved Mrs. Potts will sing lullabies to us now from the stars.” Other celebrity tributes on Twitter and Instagram came from Will & Grace’s Sean Haynes, Grey’s Anatomy’s Kevin McKidd, and fellow Broadway/TV star Kristin Chenoweth. “Nobody did Mame quite like her,” Chenoweth tweeted. “Rest in peace, Angela Lansbury. Thank you for your art & wisdom.”

Many also reflected on their own encounters with the actor, who was bestowed the honor of Dame Commander of the Order of the British Empire in 2014.

Lansbury was proceeded in death by Peter Shaw, her husband of 53 years. Lansbury is survived by her three children, three grandchildren, five great grandchildren, and her brother, producer Edgar Lansbury. Her family said the date for a private family ceremony hasn’t been set.

This story will be updated as more celebrities pay tribute.

More like this
Alicia Silverstone Revives Her 'Clueless' Character In This Super Bowl Commercial
By Jake Viswanath
12 Years Ago, Austin Butler Manifested His Oscar Nom In This Disney Movie Scene
By Jake Viswanath
Vanessa Hudgens Is Reportedly Engaged To Cole Tucker
By Jake Viswanath
How Andrea Riseborough Got Nominated — & Almost Disqualified For An Oscar
By Jake Viswanath
Get Even More From Bustle — Sign Up For The Newsletter
From hair trends to relationship advice, our daily newsletter has everything you need to sound like a person who’s on TikTok, even if you aren’t.