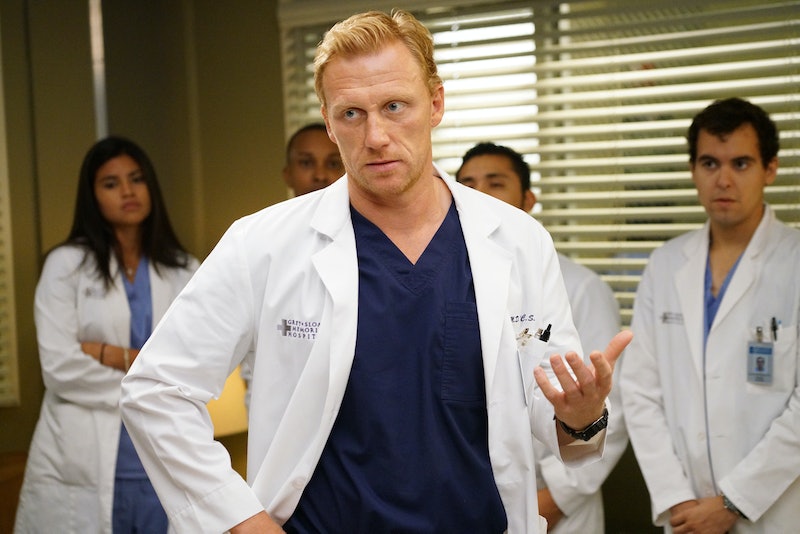 Sure, it may not be sweater weather where you live just yet — but if you’re looking up fall nail trends or stocking up on cozy seasonal candles, you know that autumn is right around the corner. If you’re a Grey’s Anatomy fan, you also know that means our favorite surgeons and scrub nurses will be returning to Grey Sloan Memorial very soon — Oct. 6, to be specific.

But Grey’s Anatomy Season 19 will look a little different than past entries. For starters, after years of dropping quitting hints, series lead Ellen Pompeo will be stepping back from the series — not disappearing altogether, but showing up way less. Specifically, Variety reports, she will appear in eight episodes while still narrating the show (we need our inspiring Meredith monologues!) and serving as executive producer, too.

But um... what does this mean for the show? Though the titular Meredith Grey won’t be scrubbing in quite as often, fellow Grey’s star Kevin McKidd said Pompeo still cares about the series. “Ellen has been the captain of this ship all these years, and she's about to start producing, so she needed to make room in her schedule for that,” he told E! at the Hollywood Critics Association Awards on Aug. 14. He praised Pompeo’s work ethic, too. “The fact that she's not leaving the show and is just gonna scale it back a bit — what I think is beautiful about it is that it shows her love for the show still.”

When asked about plot specifics, McKidd said it was “a little too early” to tease what Season 19 will look like — but did offer one enticing hint. “All I can say is we have these new amazing interns, who are this kind of new blood in the show,” he said.

In an interview with People at the same awards ceremony, McKidd called Season 19 a “reignition of the show.” While it’s not quite a reboot, he explained, “it's almost like we're going back to the beginning.”

McKidd also addressed the uncertain fate of his own character — whose life isn’t technically in danger (a rarity, for Grey Sloan surgeons!) but is on the brink of major legal trouble, after helping his patient with some off-the-books euthanasia.

“I think he still has quite a bit of fallout to deal with,” McKidd told the outlet. “He did a noble thing last year, but he bent the rules too much and he has to pay the price ... he isn't out of hot water yet. He has to dig himself out.”

More like this
'Grey's Anatomy's New Intern Got Advice From Dr. Bailey Herself
By Grace Wehniainen
The 'Reasonable Doubt' Cast Includes A 'Save The Last Dance' Reunion
By Grace Wehniainen
Here’s Everything Coming To & Leaving Netflix In October
By Jake Viswanath
Rhys Ifans Has A Good Reason For Keeping His Love Life On The DL
By Maxine Harrison
Get Even More From Bustle — Sign Up For The Newsletter