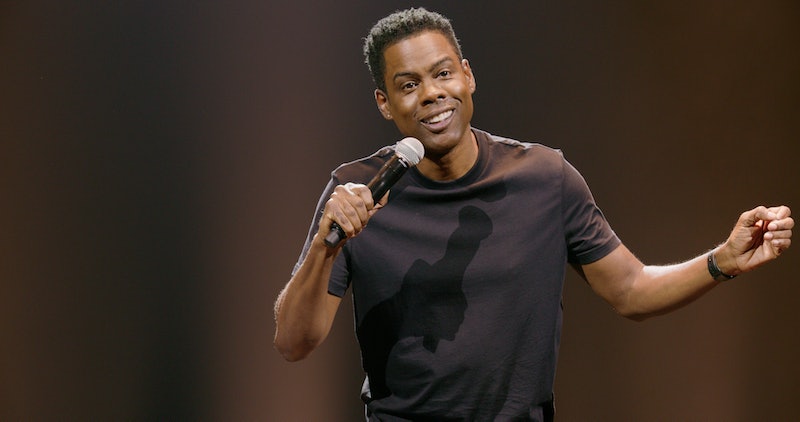 Chris Rock is bringing his comedy routine back to Netflix in a standup special sequel to his 2018 hit Tamborine — but this time with a televised twist. The Selective Outrage special is the streamer’s first globally live-streamed event. “Chris Rock is one of the most iconic and important comedic voices of our generation,” said Robbie Praw, Netflix Vice President of Standup and Comedy Formats in a statement. “We’re thrilled the entire world will be able to experience a live Chris Rock comedy event and be a part of Netflix history. This will be an unforgettable moment and we’re so honored that Chris is carrying this torch.”

Rock appeared at the “Netflix Is A Joke” comedy festival along with other established and buzzy comedians like Dave Chappelle and Adam Sandler, whom Netflix is leaning on to become the go-to for live comedy. The festival sold more than 260,000 tickets and featured 330 comedians in shows across Los Angeles, including the first standup show at Dodger Stadium.

Here’s everything to know about Rock’s Selective Outrage special.

Netflix and Rock have not provided many details about the actual content of the special, saying that “additional details” will become available in the coming weeks. After being one part of the most talked-about event in 2022 in “The Slap,” we can only speculate that the incident at the Oscars with Will Smith may be a topic of conversation. Rock has plenty of time to perfect the jokes before the March 4 live-stream.

The Netflix announcement included a teaser trailer of Rock in his dressing room with a game face on, before being escorted to the stage. The special is being touted as the first globally live-streamed event on the streaming platform, utilizing technology that was announced in May.

The teaser trailer confirmed that the special would air globally on March 4, 2023, at 10 p.m. ET / 7 p.m. PT live from his performance in Baltimore, Maryland.

Can You Attend Chris Rock’s Selective Outrage Special In Person?

Rock will take the stage in Baltimore but the exact venue has not been announced and tickets are not on sale yet.

More like this
Pamela Anderson Is Still A Hopeless Romantic
By Ilana Kaplan
The Mysterious Gunther Corporation From 'Gunther’s Millions' Has Dissolved
By Brad Witter
'The Crown' Season 6 Has Suspended Filming "Out Of Respect" For The Queen's Death
By Bustle Staff
'Love Is Blind: After The Altar' Season 3 Has A Release Date & It's Very Soon
By Grace Wehniainen
Get Even More From Bustle — Sign Up For The Newsletter
From hair trends to relationship advice, our daily newsletter has everything you need to sound like a person who’s on TikTok, even if you aren’t.