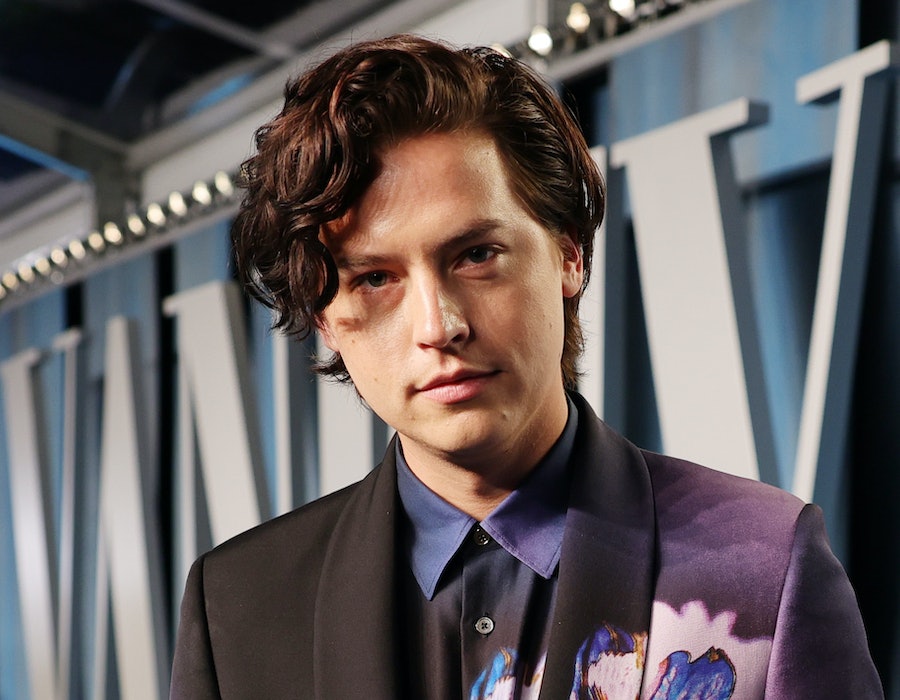 Cole Sprouse has been acting since he was eight months old, but it wasn’t until he was 29 that he took his first crack at a rom-com. In HBO Max’s Moonshot, the actor plays an unlikely leading man: a space-obsessed barista who, after one too many rejections from the Student Space Program, sneaks aboard a shuttle to Mars. It’s a departure from his best-known roles, as half of the twin duo that rose to fame on the Disney Channel series The Suite Life of Zack and Cody, and as the moody Jughead on the rollercoaster ride that is The CW’s Riverdale. And none of his other disparate experiences — studying archaeology at NYU, producing and acting in the narrative podcast Barrascos, pursuing photography — offered quite what he needed to smooth the transition.

As it turned out, it wasn’t experience he needed at all: It was his Moonshot costar and rom-com veteran Lana Condor, of To All The Boys fame. “I certainly asked her for advice on qualities of my character and especially the publicity junket,” the actor tells Bustle. “In my more anxious moments, I went, ‘Was that the right way to talk? Is this okay?’”

Now on the other side, Sprouse reflects fondly on the time he spent with Condor on set, and hopes it comes across in the final film. “My hope is that the audience that watches it doesn’t feel too heavy afterwards,” he says. “It reminds me a lot of films that the industry used to make in the early 2000s, which were just really enjoyable and light-hearted and easy to watch.”

Below, Sprouse discusses his Moonshot character, collaborating with Condor, and what makes a good rom-com.

In Moonshot, you play a space obsessed barista named Walt. Did you have a strong interest in space growing up?

I think my interest really was that I wanted to explore, which was something that I took to with Walt very much as a character. And I think that a lot of young kids, especially young boys, have this genuine intrigue when it comes to leaving their mark on the world and doing something that no one's done before. I was one of those kids.

In order to stay on the spaceship he sneaks onto, Walt has to hide and crawl through air vents in one scene, which Zack and Cody did quite a bit at the Tipton. Do you feel like your time on Suite Life prepared you for future stunt work as an actor?

We joked around about that actually. It's funny, the movie also uses a very similar formula that Zack and Cody did, which is an old school comedy formula called “Odd Man, Straight Man.” Essentially, one person is the straight-laced character who sets up a joke and the other person is the wild character that delivers the punchline. I do feel like Suite Life prepared me quite a bit for this — I don't know about the bank crawling stuff, I feel like that was just more of a happy coincidence.

[Lana Condor recently said she learned so much from you on set, thanks to your lifelong industry experience. Moonshot is her first film since the To All The Boys series. Did you give her any advice on transitioning out of a breakout franchise?

I think advice is a really hard thing to give. Especially because she is a young Asian woman. It's very hard for me to look at my career as a straight white man and be like, “Hey, this is the best course of action,” because our two careers are so fundamentally different. So I think advice should always be taken with a grain of salt. I don't feel like advice is best given through words; I think action and an ethic is the best way to conduct yourself.

Also, Lana [is] an ideal co-star. I really don't know how anything I could have brought to the situation would have helped her when she's already so fully formed. She's professional. She's incredibly nice to the cast and crew. She shows up on time and there's no ego. She's incredibly humble. Long term productions are always a question of emotional stamina and she has all the emotional stamina in place. So I honest to God could not say what my presence yielded to her as a professional that she probably hasn't already learned.

Maybe advice is the wrong word, but were there any conversations that you both had about your similar past background or similar experiences that you've had in the industry?

We've had a lot of conversations about art and commerce, which is a question that comes up a lot as a working actor. As the emotional well slowly goes down over time, a passion like acting which is an art can slowly become commodified through commercial work. It's important to do projects that are fun, and it's important to do projects that refill that well. And this is a project that filled our wells.

Do you have a favorite rom-com of all time?

I do and it's up for debate whether people would call this a rom-com, but I would say Forgetting Sarah Marshall. Over the last couple months I've really questioned what a rom-com is because a lot of people would call that a comedy and that’s not necessarily a wrong call, but the film has heavy romantic elements. So I think I'm still trying to figure out exactly what that term refers to. In my experience thus far, it refers to a project that knowingly doesn't take itself too seriously. I think that seems to be the quality that runs like a lifeblood through all of the most popular rom-coms. It's an interesting conversation. I think it's been an enlightening experience. And hopefully by the end of my career, like Thanos, I can collect all of the genres.

Aside from acting, you’ve explored producing, photography, and archaeology. What do you see yourself pursuing in 2049, the year Moonshot is set in?

I'm turning 30 in August and I've recently stopped asking myself that question, because I found that the best laid plans of mice and men… that whole thing. Instead I started asking myself, what is the lifestyle I want to lead? And I think ideally, something like one to two movies a year and photography through the rest — whatever that looks like, whether it's behind the camera or in front of the camera — would be a really wonderful way to live my life. I think the natural intersection between something like photography and acting will eventually be directing. But I'm so particular about what I produce that I would have to try and find a way to come to terms with the natural reduction and agency that’s required of you as a director. If everything continues to go on the way that it's going, I'll hopefully be able to express my personal creative muscle a little more.

More like this
Here’s What Happens To Bill & Frank In 'The Last Of Us' Video Game
By Brad Witter
Here’s Everything Coming To & Leaving Netflix In February
By Jake Viswanath
Yes, You Can Stream ‘To Leslie’ In The UK Now
By Sam Ramsden
The 'Gossip Girl' Reboot Creator Is “Looking For A New Home” To Air A Potential Season 3
By Brad Witter
Get Even More From Bustle — Sign Up For The Newsletter
From hair trends to relationship advice, our daily newsletter has everything you need to sound like a person who’s on TikTok, even if you aren’t.