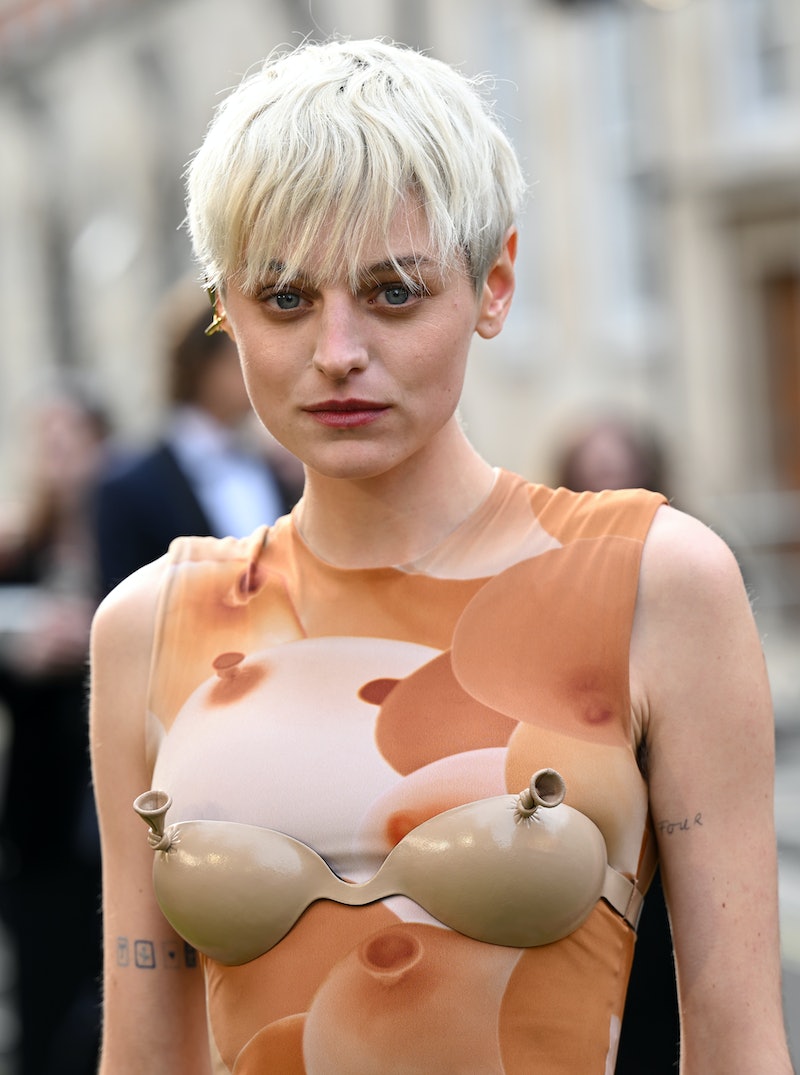 Following their acclaimed portrayal of Princess Diana in The Crown, Emma Corrin has fast become one of the most sought-after acting newcomers. Although, the My Policeman star has recently displayed greater interest in a Netflix hit other than their own, revealing their fascination with a Selling Sunset star’s new relationship.

Speaking to Vogue, Corrin disclosed their interest in the relationship between Selling Sunset’s Chrishell Stause and the non-binary Australian rapper G Flip. “Did you see their music video together? I feel like they’re both having a teenage sexual awakening,” the actor said of the pair.

Stause revealed that she and Flip were an item during the first-ever Selling Sunset reunion special in May. “I recently have been spending a lot of time with someone that’s very important to me. Their name is G Flip. They’re non-binary so they go by they/them. And they are an extremely talented musician,” she revealed during the episode.

Speaking of their own gender fluidity and non-binary identity, Corrin told Vogue that they feel “gender just isn’t something that feels fixed.” They added, “I don’t know if it ever will be; there might always be some fluidity there for me.”

As for their preferred pronouns, The Crown star — who interestingly has a dog named Spencer — explained that they feel “much more seen” when they’re referred to as “they.” Corrin continued, “but my closest friends, they will call me ‘she,’ and I don’t mind, because I know they know me.”

Furthermore, the actor, who also came out as queer in 2021, shared that they also feel “intense pressure” to justify their LGBTQ+ identity. “I’m working out all this complex gender and sexuality stuff. And yet, I’m seeing a guy? That feels very juxtaposed, even if I’m very happy,” Corrin told Vogue.

More like this
'Heartstopper's Yasmin Finney Wants To Be The First Trans Bond Girl
By Sam Ramsden
'It’s A Sin's Real-Life Jill Has An Important Message About Monkeypox
By Sam Ramsden
Vick Hope Had A Very Relatable Reason For Turning Calvin Harris Down
By Sophie McEvoy
Move Over, 'Sunset'! The Drama-Filled Trailer For 'Selling The OC' Is Here
By Nola Ojomu
Get The Very Best Of Bustle/UK