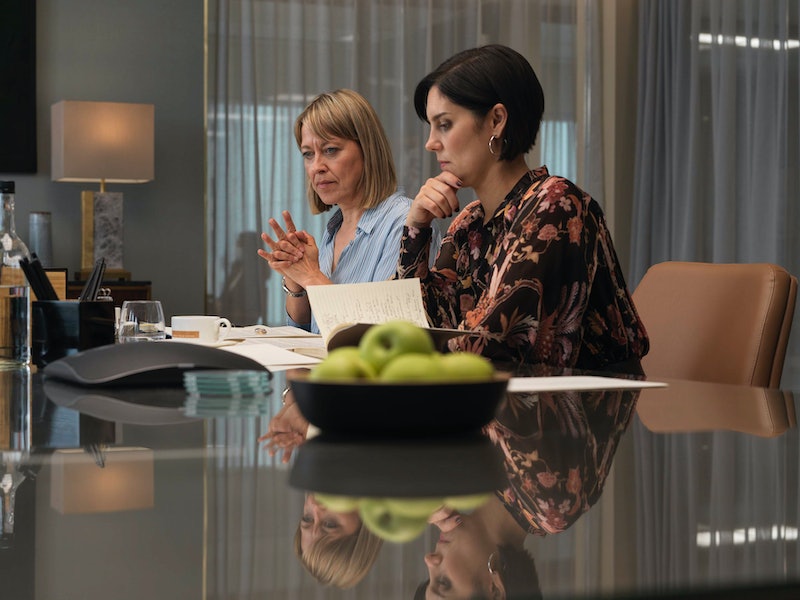 The Split’s Defoe family has already thrown us a flurry of curveballs, and judging by the trailer for the third and final season, there will be plenty of drama this time around too. Though, the last time the BBC One drama was on our screens, the UK was just about to go into its first lockdown. Launched during an ongoing global drama, you’ve probably forgotten the plot a fair bit. So, we’ve recapped The Split’s second season, to jog your memory.

Their Firm Helps A Media Star With Domestic Abuse

With Nathan Stern’s (Stephen Mangan) infidelity revealed in season one, both him and Hannah try to tiptoe around the cracks for much of season two. They both agree to work on their marriage anyway. But the focus now shifts to Hannah’s own affair with her colleague, Christie Carmichael, (Barry Atsma). They spent the night together before the Stern’s wedding day, and have remained in an emotional affair since. But their relationship gets more physical, often, in season two. By the finale, Hannah admits everything to Nathan, who’s always had a nagging suspicion.

Her struggles with drinking now revealed, Nina (Annabel Scholey) still faces lack of trust at work. Then she’s hit with another bombshell – discovering she’s pregnant. Making a best guess on the paternity of her baby, and briefly rekindling with her ex Rex, she eventually decides to go it alone. In reality, she’s unsure of who the father is, between Rex, and the married man she’s in an on-again, off-again affair with. The pregnancy also causes an unspoken rift between Nina, and her sister Rose, who tragically suffers a miscarriage in episode one.

Rose (Fiona Button), the only non-lawyer of the Defoe sister trio, and the youngest, also struggles with feeling underwhelmed by married life.

The Split returns to BBC iPlayer on April 4.