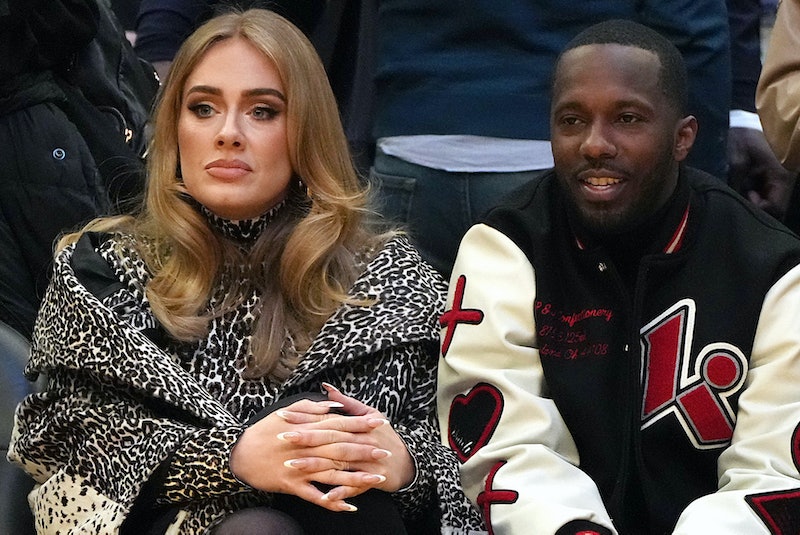 Ever since going public together in Sept. 2021, Adele has preferred to keep details of her relationship with boyfriend Rich Paul mostly out of the public eye. However, in an Instagram gallery uploaded by the “I Drink Wine” singer on May 11, Adele gave fans a rare glimpse inside her love life with some truly adorable photos of herself and Paul that seem to suggest they may have bought their first home together.

The Grammy-winner shared five previously unseen snaps with her 50 million followers on Instagram, each of which displayed some cute candid moments between herself and Paul.

One pic in particular, caught the attention of fans and shows the couple standing outside a mansion while dangling a pair of keys. As per the Independent, the 21,000 square-foot Beverly Hills property is worth a staggering $58 million (£47.5 million) and was the previous residence of Hollywood actor Sylvester Stallone.

In another adorable photo, Adele is shown laughing behind the counter of a McDonald’s restaurant while Paul and the staff watch on. As eagle-eyed fans pointed out, the menu screens behind the “Easy On Me” hitmaker include the numbers 19, 21, 25, and 30 – which happen to be the titles of her best-selling albums – as well as the message “Happy Valentine’s Day!!”

The Instagram gallery also shows the pair enjoying a baseball game together in matching outfits, a snap of a fortune cookie message that reads “You have found good company,” and a behind-the-scenes shot of Adele and Paul sharing a kiss while backstage at her One Night Only TV concert last year.

In Feb. 2022, rumours the couple had gotten engaged went into overdrive following Adele’s red carpet appearance at the BRITs 2022, during which she sported a large diamond ring on her left hand. In a subsequent appearance on The Graham Norton Show, the “Oh My God” singer responded to the rumours of her engagement, telling host Graham Norton, “If I was [engaged], would I ever tell anyone if I was or wasn't?”