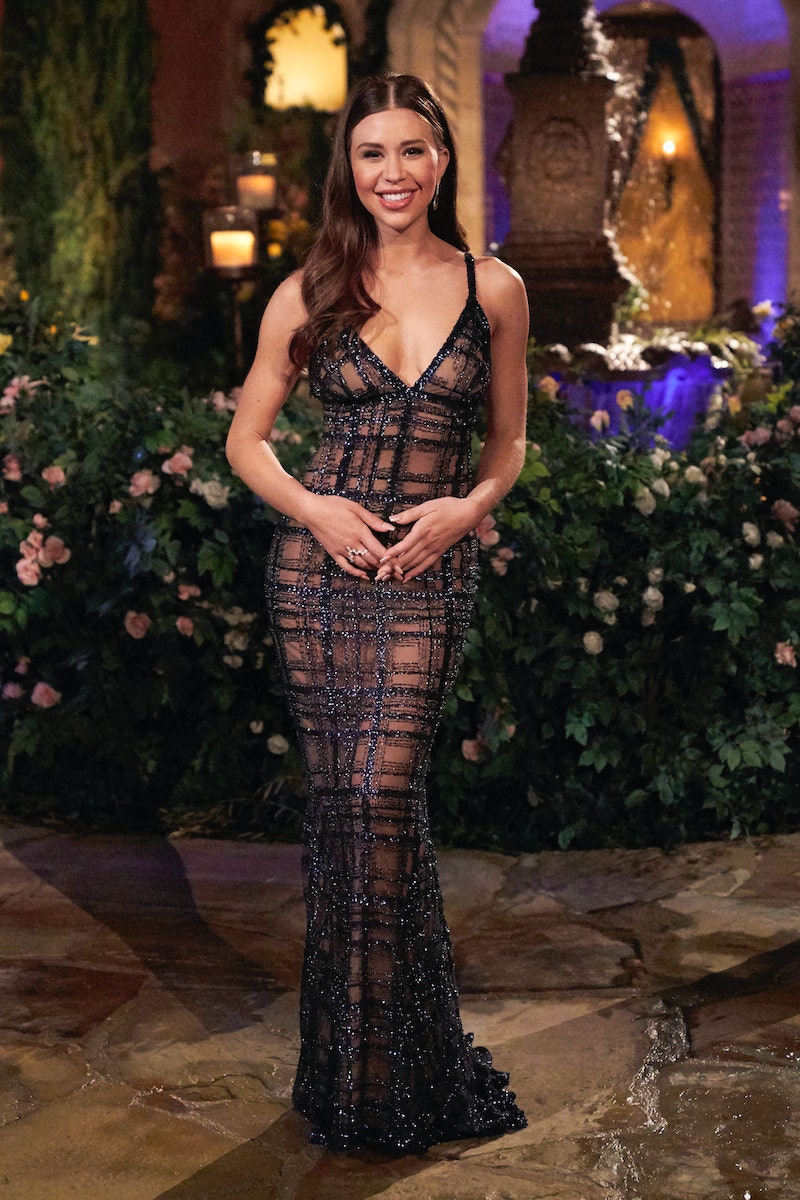 A reality show star may be getting a figurative rose from former Bachelorette Gabby Windey — just not anyone from Bachelor Nation. After Gabby’s pursuits of love failed (twice) on national TV, first in Clayton Echard’s Bachelor season and again in her own co-starred Bachelorette season with Rachel Recchia, Gabby says she’s now open to dating her Dancing With the Stars competitor, Vinny Guadagnino.

Gabby’s quirky antics quickly made her a fan favorite during Clayton’s Bachelor season, but he ultimately dumped her during the messy finale. She eventually got her happy ending on her own Bachelorette season when she left the show engaged to contestant Erich Schwer, who proposed in the finale. The pair seemed to be doing well after, posting each other’s photos on social media and Erich supporting Gabby when she joined DWTS.

Unfortunately, the engagement didn’t last long and the pair called it quits just weeks after the finale. On Nov. 4, E! reported that the couple broke up, which Gabby confirmed on the show. She said they “weren’t each other’s best match.” Erich later echoed her sentiments in an Instagram story saying they “were not each other’s people.”

Shortly after their breakup, fans noticed Gabby getting flirty with Vinny on Instagram, dropping spicy comments on each other’s Instagram posts. “Honestly a 10,” Gabby commented on one of Vinny’s posts. Meanwhile, he’s called her his “Baby mamma” on her Instagram (to which she replied, “my main man”).

Vinny is a tenured reality star himself, starring in Jersey Shore from 2009 to 2012, and more recently, in the MTV show, A Double Shot At Love with DJ Pauly D and Vinny. He competed during Gabby’s season on DWTS, but was eliminated earlier.

Amid the rumors, Bachelor Nation alums Natasha Parker and Joe Amabile asked Gabby about dating Vinny in a Dec. 15 episode of their Click Bait with Bachelor Nation podcast. Apparently, Vinny “never had a chance” during the competition, since she was still in a relationship with her ex-fiancé. “We were friends,” Gabby tells Natasha, adding, “Erich was in and out of the studio.” Erich famously supported Gabby throughout her DWTS run, even getting a kiss from her on-stage after performing to Elvis Presley’s “Can’t Help Falling In Love” during the Sept. 26 episode.

Plus, Gabby added, she was “zoned in” on the competition. “I was in it to win it ... I was like tunnel vision, I didn’t flirt or anything.”

The week Gabby announced her split from Erich was also the week Vinny was eliminated, so the two never got to flirt in person — though she did recall one encounter with him at a Starbucks. “I’m gonna die telling this story, but I had just got out of bed. No makeup, hair’s a mess, no bra, like my boobs are down my knees. Just trying to get a coffee,” she began. “He was sitting there having a coffee and I was like, ‘Oh, I guess I’ll talk to Vinny. He’s nice, we’ll shoot the s**t.’” She remembered them laughing as they joked about Gabby’s new “arch nemesis” being an “18-year-old with the best dance technique in the world.”

That’s when the flirty exchanges online started. “Then he started commenting funny stuff on my Instagram. But I just think all men are full of sh*t, so I’m like, ‘Oh this is fun for me ’cause it’s just like flirty cute.” Natasha chimed in to say that Vinny had only nice things to say about Gabby when they spoke. “This is what he said: She’s amazing. She was engaged ... But once that ended I was already gone. I was in New York, she lives in LA. But if we lived in the same place maybe things will be different,” Natasha recounted.

That’s when Joe asked Gabby, “Would you go on a date with him if it was presented?”

“Oh my god, of course!” Gabby answered. “I feel like that’s understood. But we live in different states, my schedule is so crazy … I don’t know.”

Though she would be open to dating Vinny, she’s also open to other romantic potentials. During the People’s Choice Awards on Dec. 6, Gabby even invited potential suitors to slide “in the DMs” per an Us Weekly report. She said, “Now is the time.”

More like this
'Friends' Star Maggie Wheeler Offers Support To Matthew Perry After Reading His Memoir
By Alyssa Lapid
Beyoncé & Blue Ivy Performed A "Brown Skin Girl" Duet At Her Private Dubai Concert
By Brad Witter
Who Is "Daddy" Pedro Pascal Dating? People Are Thirsting Over The 'Last Of Us' Star
By Alyssa Lapid
RHOP’s Robyn Dixon Explained Why Juan Paid For Another Woman's Hotel Room
By Brad Witter
Get Even More From Bustle — Sign Up For The Newsletter
From hair trends to relationship advice, our daily newsletter has everything you need to sound like a person who’s on TikTok, even if you aren’t.