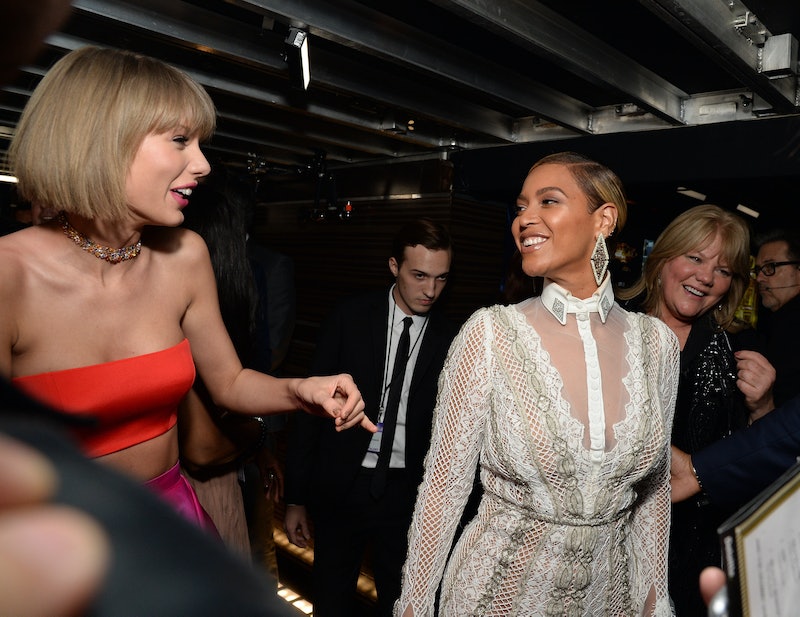 Music’s biggest night may have to go on without music’s biggest superstars. The 65th Grammy Awards will air on Feb. 5, and a slew of A-list performers and presenters are set to grace the stage. If recent reports are any indication, some of this year’s most notable nominees and frequent Grammy attendees may not even attend the ceremony, let alone perform onstage. However, it looks like producers are doing everything they can to guarantee their presence on Grammys night.

Beyoncé is the most nominated artist this year with an impressive nine nods, including Album of the Year for Renaissance and Record and Song of the Year for “Break My Soul.” She will again face off against Adele, who received seven nods, including the Big Three categories for 30 and “Easy On Me,” respectively. The British singer controversially won those three awards with her previous album 25 and its lead single “Hello” over Bey’s critically acclaimed Lemonade.

Kendrick Lamar trails behind Bey with eight nominations, while Brandi Carlile ties with Adele for seven nods. All four artists will compete for the night’s biggest prize, Album of the Year, along with ABBA, Bad Bunny, Mary J. Blige, Coldplay, Lizzo, and Styles. Other notable nominees include Taylor Swift’s “All Too Well (10-Minute Version)” for Song of the Year.

The 2023 Grammys will air live on CBS and stream on Paramount+ at 8 p.m ET/5 p.m. PT on Feb. 5. The ceremony will return to its usual home at Los Angeles’ Crypto.com Arena (better known as the former Staples Center) after two years away from the venue. Trevor Noah will host the ceremony for the third year in a row, after pulling off two shows that were delayed.

Here’s everything you need to know about the 2023 Grammy Awards.

Who Will Perform At The 2023 Grammys?

On Jan. 26, Hits Daily Double reported that Jay-Z was likely to be on the lineup, probably performing with DJ Khaled given how their collaboration is nominated for Song of the Year. The Grammys have confirmed that additional performers will be announced in the coming days.

Who Will Present At The 2023 Grammys?

More presenters will be announced before the ceremony.

While the Grammys have not finalized their list of expected attendees, it looks like many A-list nominees this year may not make it. HDD reported that Adele is almost definitely not performing or even attending the show. However, Adele refuted the report during her Las Vegas show on Jan. 27, affirming that she will absolutely attend the ceremony and calling the person who started the rumor a “dickhead.”

The same story stated that Beyoncé, Taylor Swift, and Kendrick Lamar are not likely to be on the lineup either due to scheduling conflicts or other reasons, though those decisions are not yet final. But in a later report, HDD said that the Recording Academy was still in negotiations with a “female superstar” to perform, leading to speculation that Swift or Beyoncé could potentially still pop up.

When Is The Grammys Pre-Telecast Ceremony?

As usual, the 2023 Grammy Awards Premiere Ceremony will be held just hours before the big award show at Los Angeles’ Microsoft Theater, just across the street from where the main ceremony takes place. This year, Randy Rainbow will co-host the Premiere Ceremony, where the vast majority of awards will be presented, save for the Big Four categories and a select amount of genre awards.

More like this
Beyoncé Just Announced Tour Dates: Here's How To Cuff Tickets To Her 2023 Shows
By Jake Viswanath
Twitter Is Saying The Same Thing About Beyoncé's Renaissance World Tour
By Shahed Ezaydi
Beyoncé & Blue Ivy Performed A "Brown Skin Girl" Duet At Her Private Dubai Concert
By Brad Witter
"Lavender Haze" Star Laith Ashley Breaks Down Filming With Taylor Swift
By Jake Viswanath
Get Even More From Bustle — Sign Up For The Newsletter
From hair trends to relationship advice, our daily newsletter has everything you need to sound like a person who’s on TikTok, even if you aren’t.

This article was originally published on Jan. 25, 2023