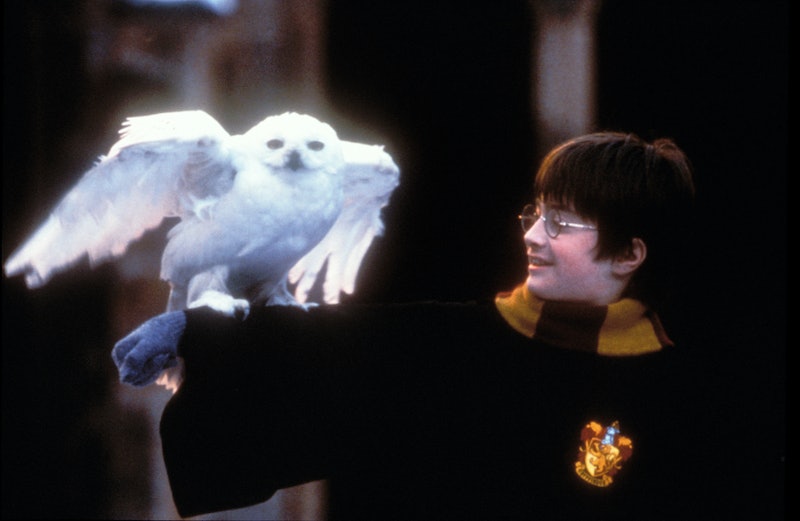 Even though Daniel Radcliffe broke the hearts of Potterheads everywhere when he said earlier this year that he wasn’t interested in going back to the wizarding world right now, it appears that fans may still have something to look forward to magic-wise. Per The Mirror, a Harry Potter spin-off TV series could be in the works. The rumour mill is strong with author J. K. Rowling reportedly in talks with Warner Bros. Pictures about further collaborations. I mean, what we wouldn’t give to drop a of Weasley’s Extendable Ear into one of those purported meetings.

An industry insider has reportedly told The Daily Mail that a deal has already been signed between the entertainment conglomerate and Rowling — who owns all Harry Potter-related intellectual property. The source is quoted as telling the publication that “the Potter spin-off is being talked about as a fact by people who work for HBO.”

Meanwhile, Warner Media — which owns HBO, Warner Bros., New Line, and other entertainment companies — has remained pretty tight-lipped on the possibility of this new series. Bustle has reached out for comment, and will keep you updated here.

At a Bloomberg conference late last year, Warner Bros. CEO Ann Sarnoff had discussed the globally popular franchise and how the company is more than happy to develop more wizarding content. “We would love to develop more original Harry Potter series, and we regularly talk to J.K. Rowling and her team,” Sarnoff said, per The Hollywood Reporter. “It’s got to be right, though. Whatever we do has to be true to the canon, and true to the ethos of the Wizarding World and who Harry is.”

The current trend, led by other franchise giants like Marvel and Star Wars, is definitely about expanding film franchises into TV series, giving us popular spin-offs such as Loki, The Mandalorian, Obi-Wan Kenobi, Moon Knight, and WandaVision. It’s therefore not a stretch at all to think that the same treatment might be extended to the Harry Potter franchise.