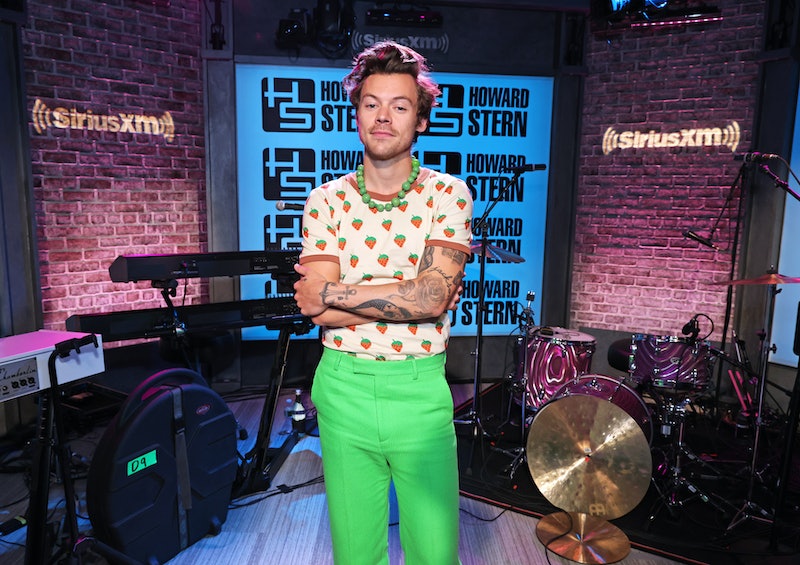 Joining the ranks of celebrities speaking out about the leaked Roe v. Wade decision in recent weeks, Harry Styles has opposed the “backwards” drive to erode U.S. abortion rights during his latest interview. Speaking to New York-based radio station SiriusXM, the singer and actor called for “backlash” and “uproar” in a powerful statement. (He also spoke about his relationship with Olivia Wilde, but that is by the by.)

Speaking about abortion rights, he told the Howard Stern Show: “I think it's quite scary to see how far backwards we're going in a lot of ways. There should be backlash and uproar for these things. There’s a lot of people who are taking…the right steps to try to make positive things happening [sic],” he said.

“I think people who don’t like that are kind of clawing to grapple back any ground that they feel like they’ve lost, which never belonged to them in the first place. I just don’t think that anyone should be able to make decisions about anyone else’s body. It doesn’t really make any sense to me,” Styles added. “It’s just so backwards.”

The former One Directioner’s comments come after fellow musicians Olivia Rodrigo and Phoebe Bridgers also took a stand on the issue, and follow the leaking of draft documents from the American Supreme Court, obtained by Politico. The draft outlines plans to essentially overturn the Roe v. Wade ruling, which legalised abortion across the U.S. almost fifty years ago, and return the law-making power to individual States.

The Supreme Court was tasked with assessing overturning the 1973 landmark ruling in January 2020. Before 1973, individual states controlled reproductive rights and decided whether abortion was legal or not. Roe v. Wade set a legal precedent that said making abortion illegal was a vilation of constitutional privacy rights. Pro-choice activists fighting for reproductive rights have been rallying for support since the pending Supreme Court case, but the leaked draft shocked the world.