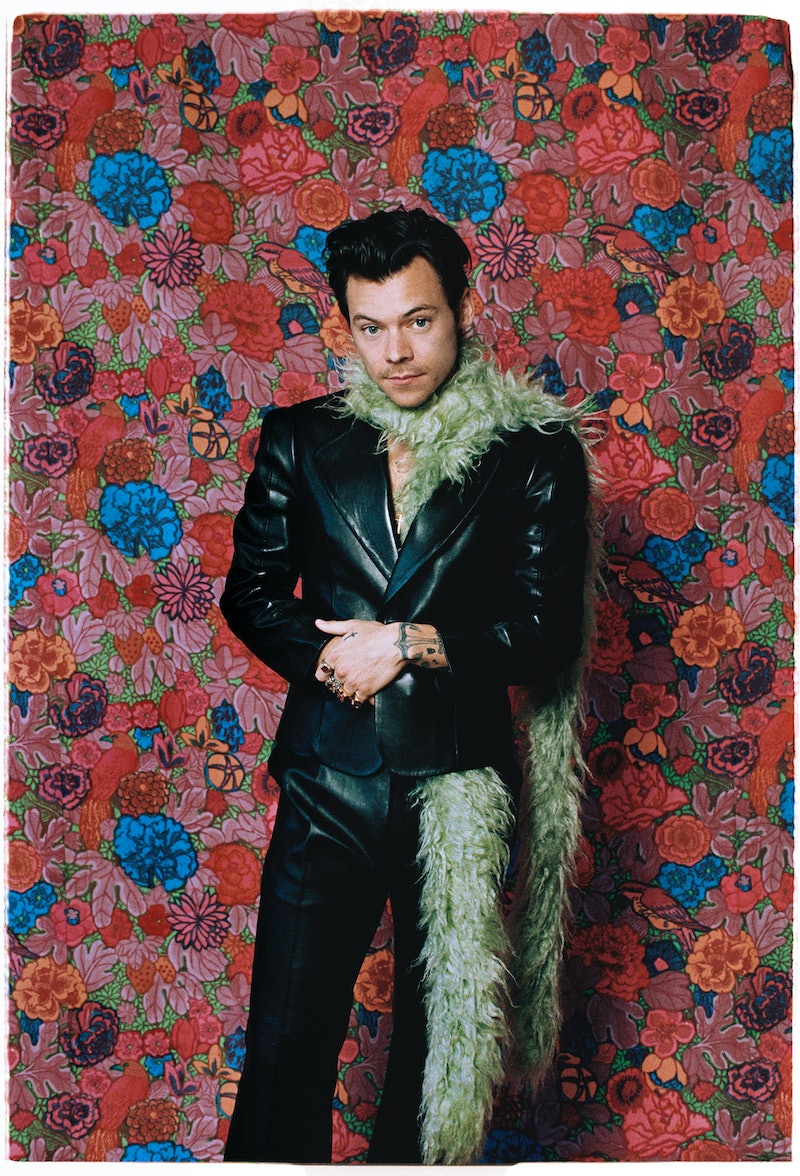 The upcoming third album from Harry Styles is titled “Harry’s House” and what better way to build up buzz around it than by appearing on the cover of Better Homes & Garden? And that’s exactly what Styles did, bringing true #cottagecore vibes into our lives. The singer was photographed frolicking in the English countryside, submerged in a pond, and looking very cool and homely in a pair of striped pyjamas and shades. In his cover interview with the magazine, Styles opened up about his sexuality and the pressures he’s faced due to the public interest in his dating and sex life.

As one of the biggest stars on the planet right now, the former One Direction singer has had to fend off interest in his relationships ever since he began dating the late Caroline Flack in 2011. Fresh off his X Factor success, the relationship was just one of the many times the “Watermelon Sugar” singer has been linked to high-profile stars including Taylor Swift and Kendall Jenner.

Now the 28-year-old has admitted that — thanks to strict “cleanliness clauses” in his 1D contract — that he used to feel “ashamed” about the fact people were talking about him having sex, and who he was getting intimate with.

"For a long time, it felt like the only thing that was mine was my sex life. I felt so ashamed about it, ashamed at the idea of people even knowing that I was having sex, let alone who with," he admitted.

Recalling his struggles to trust others earlier in his career, the “As It Was” singer continued: "At the time, there were still the kiss-and-tell things. Working out who I could trust was stressful. But I think I got to a place where I was like, why do I feel ashamed? I'm a 26-year-old man who's single; it's like, yes, I have sex."

Styles, who has been dating actress and director Olivia Wilde since early 2021, also spoke candidly about the reason why he chooses not to label his sexuality — following ongoing speculation sparked by his gender-fluid fashion sense and his continued support of the LGBTQ+ community.

"I've been really open with it with my friends, but that's my personal experience; it's mine," the Dunkirk star explained.

"The whole point of where we should be heading, which is toward accepting everybody and being more open, is that it doesn't matter, and it's about not having to label everything, not having to clarify what boxes you're checking."