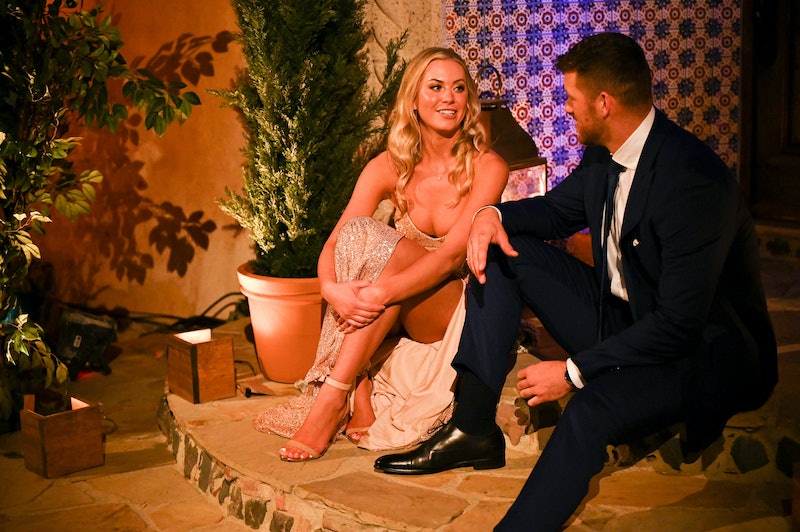 Even before it premiered, Clayton Echard’s season of The Bachelor teased lots of tears — and one very ominous question from the man himself. “Has anyone ever taken a rose back before?” he asks Jesse Palmer in one promo clip. We now know that Clayton was worried about Cassidy Timbrooks, whose rose he is now considering revoking after the Jan. 10 episode when it was revealed that she had been communicating with a friend with benefits right before she came on the show. (She also apparently had plans to reconnect and watch the series with the mysterious FWB after filming.) But back to Clayton’s original question, because it’s a good one. Has that kind of reversal happened before?

In fact, it has! But you’ll have to go back pretty far through Bachelor Nation history to relive the awkward moment — to 2010, specifically. During pilot Jake Pavelka’s season, a contestant named Rozlyn Papa received a group date rose (hey, sound familiar?) before being confronted by Chris Harrison about an “inappropriate relationship with one of [the show’s] staffers,” who had been subsequently let go by the show.

The former host sent Rozlyn to pack her things before breaking the news to Jake — who was incredulous, but also pretty adamant about not wasting the symbolic Bachelor flower on the wrong person. “You’re kidding me ... Can I get my rose back?” he asked.

Chris confirmed that yes, the rose could be revoked. “She didn’t need to take room that one of these other fine women deserve,” he said. With that, Rozlyn was escorted into a car without even saying goodbye to Jake.

Just like Cassidy’s situation was exposed by her fellow contestant, it appears that Rozlyn’s “inappropriate relationship” was reported by her season’s suitors. During that year’s Women Tell All, the women spoke out — one said they would see Rozlyn and the staffer “cuddling 24/7,” and another said she spotted the pair kissing on a set of stairs. For her part, though, Rozlyn denied the rumors. “On my child’s life, that never happened,” she said.

Because roses are such a sacred part of Bachelor Nation, it makes sense that they’re virtually never taken back — the contestants (and viewers) have to put their faith in something, right? But as Jake and Rozlyn proved, a rescinded rose is definitely possible when sketchy behavior is involved. Especially when it involves a hidden relationship and not-here-for-the-right-reasons drama.

The move almost happened again in 2016 during Ben Higgins’ season, when a cliffhanger teased that the former Bachelor might take back a rose from Olivia Caridi for mean behavior toward her fellow contestants. In that case, though, Olivia got to hold onto her rose — at least until she was eliminated the following week.

Whether or not Clayton goes through with this rare measure remains to be seen, but it’s safe to say Cassidy might have to stop gloating for a second and address the serious accusations with the Bachelor. And even if she does stick around for now, well, Olivia’s case proves that surviving a Bachelor cliffhanger doesn’t guarantee your safety further down the line.