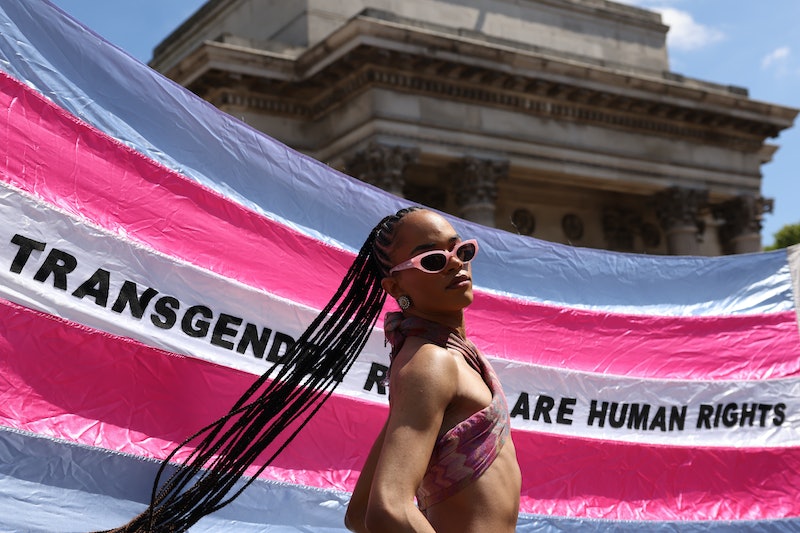 As per PinkNews, Finney, who plays Elle in the hit Netflix series, joined protestors as they marched from Wellington Arch to Soho Square on Saturday, July 9. Addressing the onlooking crowd, the actor took aim at the UK government’s record on Trans rights, calling out the soon-to-former-Prime Minister specifically.

“If the government is trying to eradicate us, we’re all here, and we’re just duplicating, look at how many of us there are,” Finney told the adoring crowd, adding “Boris, bye! Bye,” in reference to Johnson’s recent resignation.

Commenting on her groundbreaking Heartstopper role, she continued, “Having this representation on screen has made me realise how impactful it is. I want to thank you all so much for being here and I hope ,that, well, of course the industry’s changing, because I’m here.”

During her speech, the actor went on to reference her recent Doctor Who casting, which will see her take on the role of Rose in the legendary BBC sci-fi series alongside Ncuti Gatwa.

“How many of you have seen Doctor Who?,” Finney asked the crowd at London’s Trans+ Pride. “That is also a show where my character is trans so, Boris, I hope you see Heartstopper, I hope you see Doctor Who, because I exist, and I know you know I exist.” She continued, “We all exist, and we’re not going anywhere! Period.”

Reacting to a viral video of Finney’s speech, fans were quick to praise the Heartstopper star on social media. “I'm sure Boris has had a full wake-up call to this,” one fan commented, while another added, “Yasmin is so iconic.”