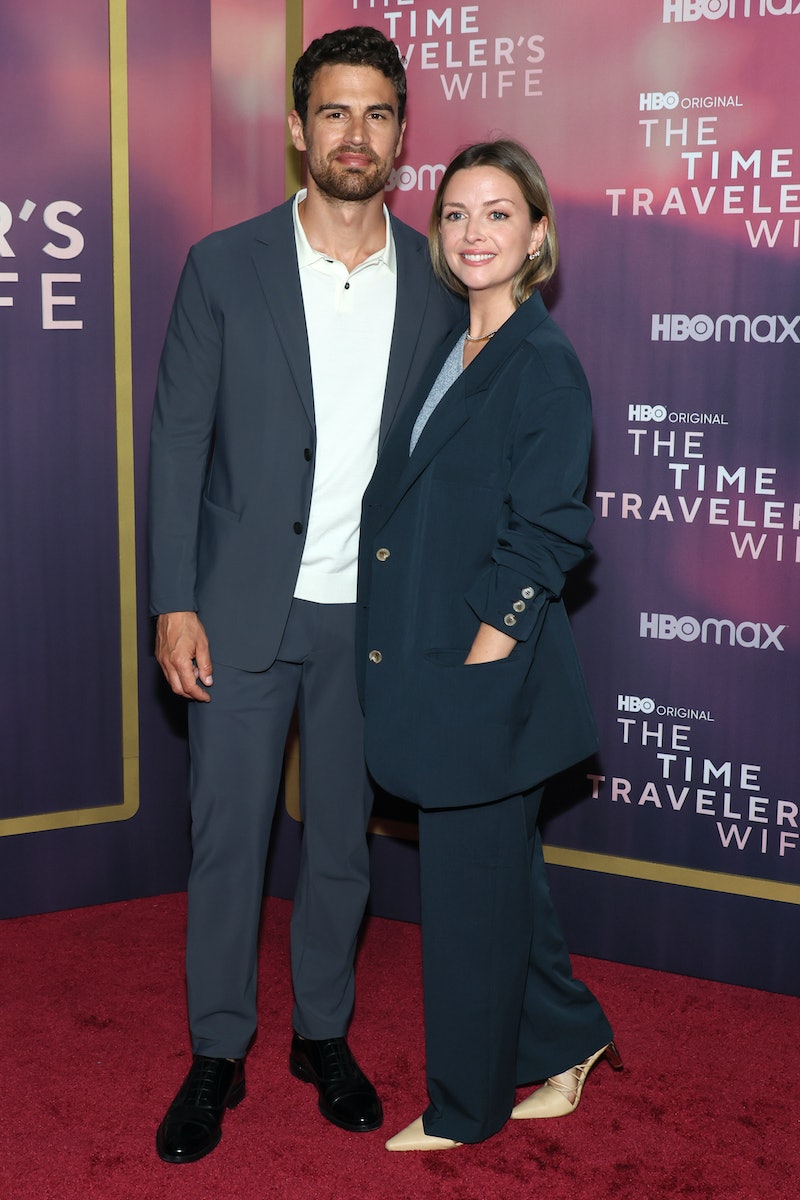 Showbiz couples are total goals for multiple reasons. They have success, they're often super talented, and provide us with an absolute shedload of high quality entertainment whether together or in their respective careers. Theo James and Ruth Kearney are 100 percent on that track. (The former is also the star of HBO’s new adaptation of The Time Traveler's Wife, too.) So the question is how did they get to that point? How did Theo James & Ruth Kearney meet?

So I'll be real with you and say that this pair are actually very private about their personal life so I can't say precisely how Cupid had the opportunity to draw back his bow. However one thing I do know for sure is that the pair are both alumni of Bristol Old Vic Theatre School. A school which churned out the likes of Jeremy Irons, Olivia Colman, Gene Wilder, and Pearl Mackie, so they could well have met there.

Glamour reports that the pair have dated since 2009, and got married in 2018. Per E News, the couple welcomed their first child together in 2021. Since meeting, the only way has been up for not only their relationship but also their careers. Which in fairness to them, have been on a pretty dang successful and huge trajectory since day dot.

Kearney, who hails from my home town Dublin, is one of Ireland's finest exports in recent years. The successful actor has starred in sci-fi hit Primeval, The Following, and huge Netflix hit Flaked.

Despite all of this success, when speaking to the Irish Mirror, she explained that fame is absolutely not her motive for being in the industry. "That kind of side of it doesn’t bother me. I'm not in this industry to become famous, I don’t go for jobs because they will make me well known, it’s so hopefully they will lead me on to more interesting roles," she said.

James has also had great success from the get-go. Famously starring in Downton Abbey as an unfortunate Turkish visitor who dies after a close encounter with Lady Mary. I mean not ideal, but not the worst way to go either really.

Since then he starred alongside Will Young in the incredible Bedlam and is probably known best now for his leading role in the Divergent film series. He also played the lead role of Sidney Parker, in the British period drama, Sanditon, a Regency era show based on the unfinished manuscript by Jane Austen.

James has previously put his clout behind important political issues, in 2017 he highlighted the plight of refugees in Greece in a piece for GQ. He shared his family story as a part of the story, writing: "What struck me, looking at that photo of my grandfather was how recent his journey had been and how quickly, a few generations on, the collective European memory has faded. It wasn't that long ago that our grandparents and extended families were being forced to leave their homes and find safety in other countries."

James is now set to star alongside Scottish actress Rose Leslie - who also appeared in Downton Abbey - in a new six-part adaptation of The Time Traveler’s Wife, as well as season two of the HBO satire, The White Lotus, alongside The Bold Type’s Meghann Fahy.

More like this
At 28, Emma Thompson Was Already A Star — But Unhappy In Love, Actually
By Olivia-Anne Cleary
James Nesbitt Won’t Join 'Strictly' For A Very Relatable Reason
By Sophie McEvoy
'Sherwood’s Joanne Froggatt Says Divorce Gave Her Clarity
By Rachel Mantock
Twitter Can’t Move Past *That* Secret Kiss On 'Love Island'
By Frances Stewart
Get The Very Best Of Bustle/UK

This article was originally published on Aug. 25, 2019