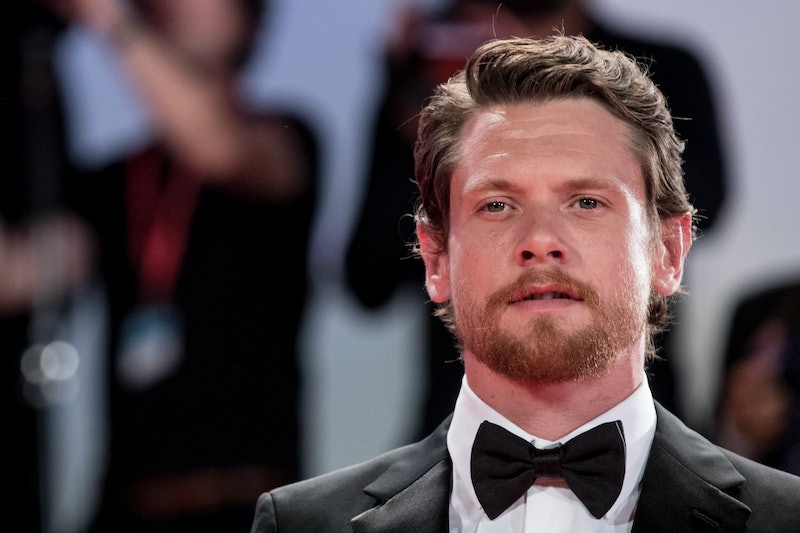 We will soon be seeing Jack O’Connell as the star of the latest adaptation of Lady Chatterley’s Lover, alongside Emma Corrin, and many fans will recognise him from his role as resident chaos-maker Cook in Skins. And now, O’Connell has become the latest alum to speak out about feeling “compromised” whilst filming sex scenes for the cult teen drama. The show followed a group of tearaway teens in Bristol and their hedonistic (and often drug-fuelled) antics, and has garnered a cult following since it first aired in 2007.

“My career definitely predates the intimacy coordinator age,” the 32-year-old actor told The Independent. With more recent shows like Sex Education and Normal People initially leading the way by hiring intimacy coordinators (experts who help to choreograph sex scenes and support actors through the process), the role is becoming more and more common on sets. However, back when Skins aired in the early ‘00s, O’Connell says that kind of support didn’t exist.

Asked if he ever felt uncomfortable during Skins’ many sex scenes, O’Connell said: “It’s hard to say that you’re ever totally comfortable. Listen, I admit I was very naive at the time, enough so as to not check in with myself and question myself if I was feeling comfortable or not,” he says, adding, “it just felt like part and parcel of the programme in a very different time than the one we’re in now.”

The actor’s comments come after several other cast mates also spoke out about their experiences on the show as young, inexperienced new actors. April Pearson (who played Michelle) and Laya Lewis (who played Liv Malone) previously reflected on the topic last year on Pearson’s podcast Are You Michelle From Skins?

“I turned 18 right at the beginning of filming, so I just had so many more sex scenes than everyone else. My first day was a sex scene,” Lewis said. “I do think if you want to pluck children out of the street [with open casting], which is essentially what they were doing in order to have this authentic on-screen thing going on, I think there needs to be just a bit more… [support].”

“I was having this conversation with Jamie, my husband, and I was saying I do feel like I was too young, I feel like I wasn’t protected,” Pearson said.

Elsewhere, Kaya Scodelario (who played Effy) posted a TikTok joking about the shock she feels whilst watching Euphoria now versus her memories of filming Skins as a teenager. “Safeguarding really wasn't a thing back then…” she wrote in the caption.

Nicholas Hoult (who played Tony) also spoke highly of intimacy coordinators this year, and asked if he wished the role had existed on Skins’ set. He replied: “Oh yeah, I’ve been working with intimacy coordinators now for the past two or three productions I’ve been on and it’s a brilliant addition to the crew. It’s someone who can really help the storytelling through those intimate scenes.”

“I think what’s important is that these discussions are being had to make sure that whatever was happening [on Skins] that wasn’t right, it seems, is addressed and doesn’t repeat itself,” O’Connell added, of the wider conversation. Otherwise, “you feel very compromised and if you don’t feel that you’re protected in that environment, it can be very unnecessarily daunting.”

More like this
Turns Out George Clooney Is A Huge Fan Of This Classic British Game Show
By El Hunt
Michaela Coel Has Some *Thoughts* About The Nepo Baby Discourse
By Maxine Harrison
Everything To Know About The 'Daisy Jones & The Six' TV Series
By Maxine Harrison and Brad Witter
Twitter Is Burning As Phoebe Dynevor Reveals Daphne’s 'Bridgerton' Exit
By Sophie McEvoy
Get The Very Best Of Bustle/UK
Sign up for Bustle UK's twice-weekly newsletter, featuring the latest must-watch TV, moving personal stories, and expert advice on the hottest viral buys.