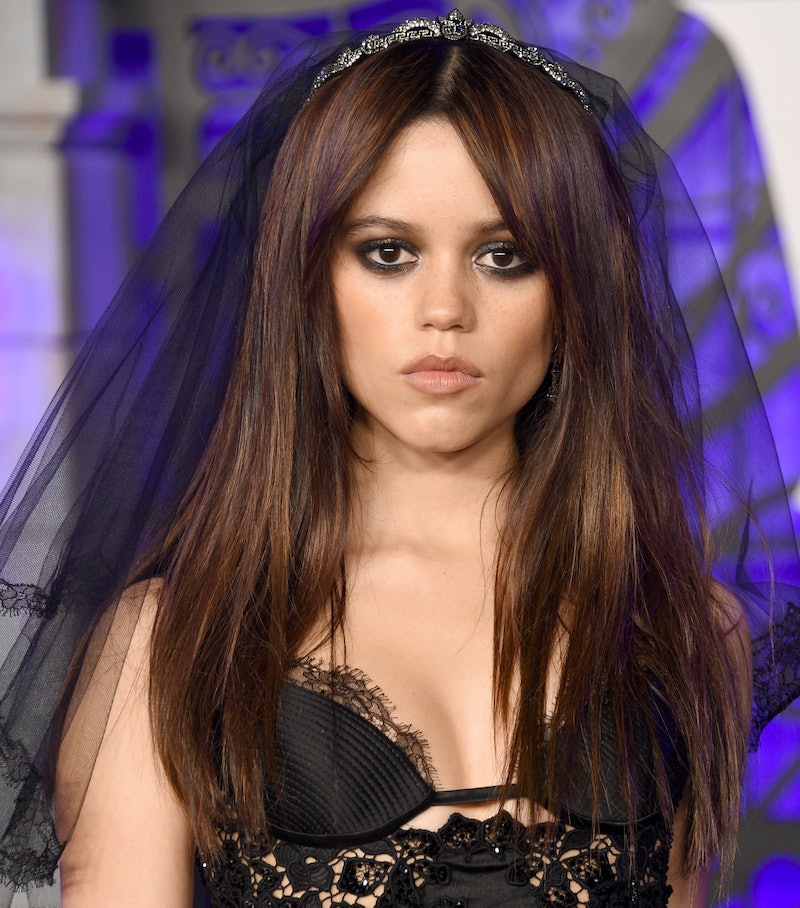 Less than a month after its release, Netflix’s Wednesday is already one of the streamer’s most popular titles ever — second only to Stranger Things in English-language titles and No. 3 overall when you factor in Squid Game. All of our obsessing over Wednesday’s goth makeup, her iconic dance moves, and her dramatic fashion sense has contributed to more than 1 billion hours of viewing, per Netflix.

With those kinds of numbers, it’s safe to say that neither viewers nor Netflix will be forgetting Wednesday anytime soon. Filming the show, though? That’s another story — at least for Jenna Ortega, who plays Wednesday Addams. She revealed in a recent Instagram story that her memories of production are a little bit spotty, to say the least.

“I’m going to be honest. I have no idea how the rest of the cast has all this [behind-the-scenes footage] because I’ve got jack sh*t,” she wrote, per Seventeen. “Everything I have posted has been sent to me and that’s the honest truth. There are things out there of myself on the Wednesday set that I’ve just never seen in my life. It’s almost not even me. It’s like I’ve been cloned and have been leading two lives. Or am I the clone taking accountability for someone else’s actions?”

Ortega probably doesn’t have a personal scrapbook of her time at Nevermore Academy lying around, but it’s not for lack of trying. “I documented some stuff maybe during the last month but I broke my phone and now all redownloaded it looks like it was filmed on a toaster,” she continued in her post.

While Ortega — who just received her first Golden Globe nomination for her role as Wednesday Addams — may not have many photographic mementos of production, she has been candid about the behind-the-scenes experience. For example, she revealed that she had COVID symptoms while filming her viral Rave’N dance routine. “I felt like I’d been hit by a car and that a little goblin had been let loose in my throat and was scratching the walls of my esophagus,” she told NME. “They were giving me medicine between takes because we were waiting on the positive result.” MGM told the outlet in a statement that “once the positive test was confirmed, production removed Jenna from set,” but the incident still courted controversy among viewers.

Ortega has also been open about trying to guide Wednesday’s story and told Etalk that she talked to the show’s writers to sway them away from a love triangle between Wednesday, Tyler, and Xavier. “It’s just me being protective,” she said. “Because I don’t think Wednesday would ever be in a love triangle.”

Wednesday Season 2 hasn’t been confirmed just yet, but when that happens (because it feels likely at this point), you can expect to see Ortega’s dedication to her character continue — even if she doesn’t have the throwback snaps to prove it.