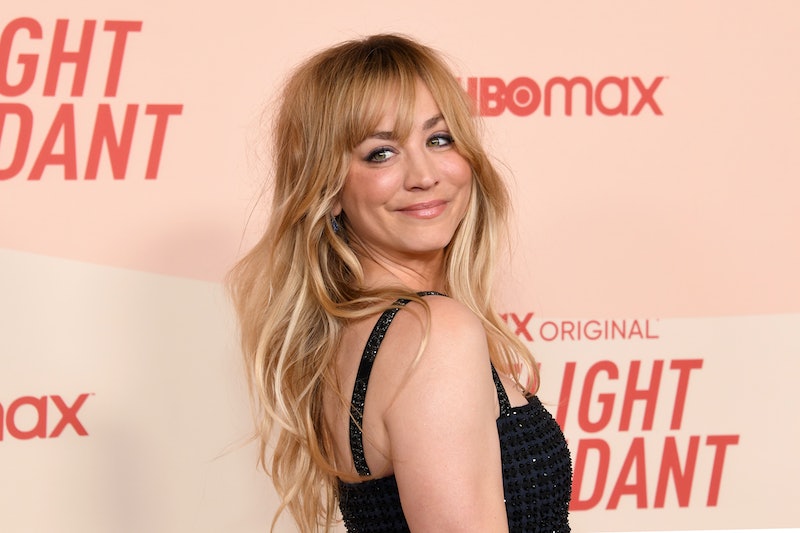 By the time The Big Bang Theory premiered in 2007, Kaley Cuoco had already spent more than 10 years working in TV, but none of her previous roles came anywhere close to earning her the same levels of acclaim, fame, and money. After a dozen seasons on the Emmy-winning series, she and her castmates walked away in 2019 to pursue other projects. They had all become incredibly wealthy from their stints on the show, and they continue to reap the benefits from syndication.

In 2022, Cuoco claims a net worth that includes eight zeros (scroll to the bottom of this post to see her total worth), and the 36-year-old star’s power and popularity have never been greater. The second season of her popular and critically applauded comedy/drama The Flight Attendant just premiered on HBO Max on April 21, and she has more coming down the pipeline.

Read on to learn how much Cuoco made from The Big Bang Theory and other things.

Cuoco has made the bulk of her millions from The Big Bang Theory, which catapulted her to international fame and made her a very wealthy woman. All told, during her 12 seasons on the show, the actor may have taken home as much as $150 million, and the money is still coming in.

Here’s a rundown of how much Cuoco earned per episode from The Big Bang Theory by season, according to TheThings and Celebrity Net Worth.

Despite having their per episode rate increased to $1 million for the tenth season, Cuoco and her fellow lead cast members Johnny Galecki and Jim Parsons opted to take a 10% pay cut (or $100,000 per episode) so the show could give raises to regulars Mayim Bialik and Melissa Rauch for Seasons 11 and 12.

The money Cuoco earned while The Big Bang Theory was still producing new episodes only makes up some of her total earnings from the show. Once it went into syndication, she and her co-stars continued to collect millions, and they still do to this day.

As the show was nearing its end, Cuoco, Galecki, and Parsons negotiated a deal so they’d each own 1% of the back end of The Big Bang Theory. In its first year of syndication, the show reportedly generated $1 billion in revenue, meaning the three actors each collected $10 million. Celebrity Net Worth estimates that they will claim that sum every year for a decade.

The cast members were protected by the rules laid out by the Screen Actors Guild, which means they received 80% of their original paychecks for the first year The Big Bang Theory was in reruns, according to Celebrity Net Worth. So when an episode from Season 10 aired for a second time, Cuoco collected another $800,000, as she was initially paid $1 million for that story line.

The Big Bang Theory made Cuoco a household name, but she had been working in TV and film for at least a decade before it debuted. On the small screen, she scored main roles in shows like Ladies Man, 8 Simple Rules, Brandy & Mr. Whiskers, Bratz, and Charmed, as well as one-off appearances in My So-Called Life, Northern Exposure, Ellen, The Tony Danza Show, 7th Heaven, The Ellen Show, and Prison Break.

Cuoco has also appeared in movies like A Million Ways to Die in the West, Alvin and the Chipmunks: The Road Chip, Virtuosity, Picture Perfect, and Hop, to name a few. What she was paid for these shows and features was never released, but before The Big Bang Theory came along, they were her primary revenue source.

In 2017, Cuoco founded her own production company — Yes, Norman Productions — which focuses on TV. The firm launched with an adult animated program titled Harley Quinn, which was renewed for a third season, with a spinoff also in the works. Not long after that program arrived, the firm followed it up with the HBO Max original The Flight Attendant, which was well-received by critics, earned nine Emmy nominations, including Outstanding Lead Actress for Cuoco.

Yes, Norman Productions has several other shows in the works, including America’s Sweetheart, Pretty, and an as-yet-untitled Doris Day miniseries that will reportedly also star Cuoco. As the founder, owner, and a producer on these projects, the star takes home some money every time a program is put into production, though just how much isn’t clear. It also helps her as an actor, as she now has more power when it comes to finding roles for herself and getting those titles made.

As a familiar face to millions of Americans, Cuoco has made money as a brand ambassador and actor in commercials. She has teamed up with Marshalls, Smirnoff, Starbucks, Toyota, and Priceline. For the latter firm, she filmed at least a dozen ads, including many with fellow TV favorite William Shatner. She reportedly made $2 million for signing on with Priceline and Toyota.

What Is Kaley Cuoco’s Net Worth?

Cuoco is reportedly worth $100 million, according to Celebrity Net Worth.