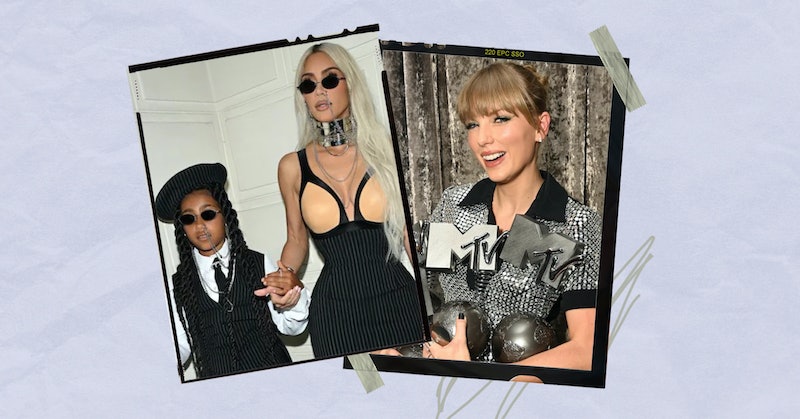 Someone check hell because it may have just frozen over. Kim Kardashian and her daughter North West danced to Taylor Swift in a TikTok video posted to their joint account on Jan. 5, effectively “breaking the internet” again. In the TikTok, the two lip-sync Swift’s 2014 hit “Shake It Off” while showing off their hater-proof moves. While the mother-daughter duo often posts adorable dance videos on TikTok, their Swiftian song choice is especially significant given Kardashian and her estranged husband Kanye West’s history with the 11-time Grammy winner.

Swift and West’s infamous feud started when he stormed the stage during her acceptance speech at the 2009 MTV Video Music Awards. After making up years later, West reignited the feud again by name-dropping Swift in his 2016 song “Famous,” stating, “I feel like me and Taylor might still have sex, why? I made that b*tch famous.” Swift vocally disapproved of the lyric calling her a “b*tch” and her nude depiction in the music video, but Kardashian took the drama up a notch when she leaked clips of a phone call between Swift and West where she appeared to agree to the lyrics.

At the time, Swift denied approving the “b*tch” lyric and said the call was recorded without her knowledge, calling the clips “edited” and stating she would “very much like to be excluded from this narrative.” The full phone call leaked in 2020, proving that Swift was not informed about the “b*tch” lyric, and in fact even told West that she would be uncomfortable being called the name. But by that point, Swift just wanted to move on, responding to the leaked call by encouraging her fans to donate to Feeding America.

Kardashian filed for divorce from West in February 2021, kick-starting a separate saga of drama and controversies from the rapper. Therefore, it may not be entirely surprising to see the reality star embracing Swift once again. In December 2021, Kardashian actually praised her music when she was asked about her favorite Swift album. “I really like a lot of her songs,” she admitted on the Honestly podcast. “They're all super cute and catchy.” Perhaps Kardashian and Swift will become Hollywood’s next power BFFs in 2023.