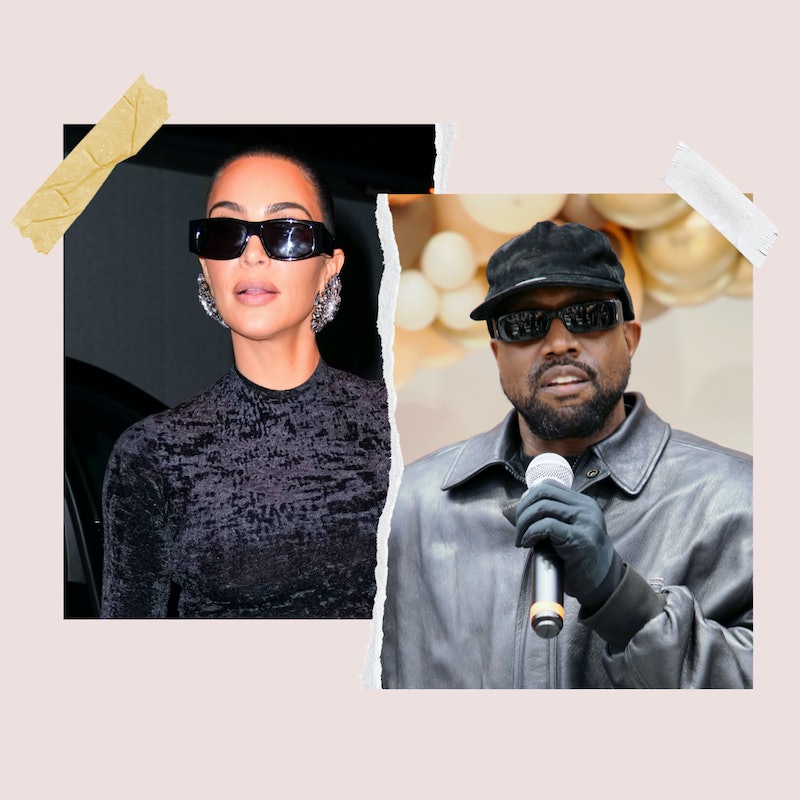 Kim Kardashian and Kanye West’s marriage may be over, but their time together taught the reality star a lot — especially about fashion. On Tuesday, Dec. 7, while accepting the Fashion Icon Award at the 2021 People’s Choice Awards, the Skims founder gave her ex a shoutout for introducing her to the world of fashion and helping her develop her own personal aesthetic.

“To Kanye, for really introducing me to the fashion world,” the 41-year-old billionaire said. “I fell in love with fashion and I’m so inspired by so many people, but again, this is like a dream that I get to wake up and wear these amazing clothes and try new things and take a risk. I’m so humbled.” The reality star accepted the award in a tight black jumpsuit, which she paired with black gloves and dark shades.

Kardashian’s tribute to West, 44, comes roughly two weeks after he publicly expressed a desire to salvage their broken marriage. “The narrative God wants is to see that we can be redeemed in all these relationships,” the rapper said in a speech at the Los Angeles Mission’s Annual Thanksgiving Event on Nov. 24. He added that while he has “made mistakes” and “publicly done things that were not acceptable as a husband,” he wants to “change the narrative.”

“I’m not letting E! write the narrative on my family. I’m not letting Hulu write the narrative on my family,” he continued, according to video captured at the event. And after explaining that he “[needs] to be back home” and “next to [his] children as much as possible,” West promised that his eventual reconciliation with the reality star will help other couples reunite. “When God brings Kimye together, there’s going to be millions of families that are going to be influenced to see that they can overcome the work of the separation,” he said.

It turned out that West’s speech at the event, which benefitted the homeless population of Skid Row, was only the beginning of his campaign to win his wife back. On Thanksgiving, he shared a five-minute prayer on Instagram that addressed his mental health, his alcoholism, his failed presidential bid, and his marriage. “All I think about every day is how to get my family back together and how I heal the pain that I’ve caused,” he confessed, adding that he takes full “accountability” for the actions that led to the couple’s February split.

While Kardashian’s acceptance speech at the People’s Choice Awards certainly proves that there are no hard feelings between her and West, that doesn’t mean they are getting back together anytime soon. The style icon is reportedly dating comedian Pete Davidson at the moment, who she started seeing after she hosted Saturday Night Live on Oct. 9. Since then, the two have been spotted at Knott’s Berry Farm, on several date nights in New York City, and out to dinner in Davidson’s hometown. According to several reports, Kardashian even threw him a birthday party.

So far, Kardashian and Davidson’s budding romance appears to be moving in the right direction. On Nov. 19, a Page Six source reported that the Keeping Up With the Kardashians star acts “like a teenager” whenever she’s with the SNL star. “Pete has made her feel like the clock has moved 20 years back. She seems happy,” the insider said. A few days earlier, a source told People that “even when they are on different coasts, Kim and Pete stay in touch.”

“They are getting to know each other better and getting along great,” the insider told People, adding that Davidson is good at lifting Kardashian’s spirits. “Kim loves his spark. He is very funny, entertaining and makes Kim happy. They are still dating and enjoying it.” But even though things seem to be heating up between the two, Kardashian is reportedly concerned about West. According to ET, she has reportedly “been protective of Kanye and has been trying to keep her hangouts with Pete low-key,” mostly because she’s unsure “how he will react.”