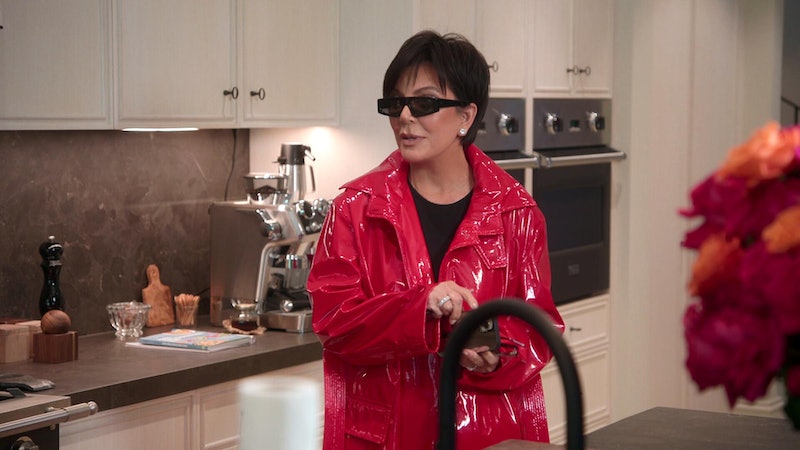 Kris Jenner isn’t immune to the pitfalls of aging. On the Oct. 13 episode of The Kardashians Season 2, the 66-year-old momager revealed that she had hip replacement surgery after experiencing severe pain in her right leg for weeks. As proven by the previous episode, weed was only a temporary but hilarious remedy. “Last week, I literally couldn’t walk,” she told her doctor. “I could not go from here to there without the cane, and I went, ‘Oh, this is not great.’”

The Kardashian-Jenner matriarch admitted that hearing her doctor tell her she needed a hip replacement was “really scary” in a confessional. “It reminds me of somebody a lot older than I feel on the inside and somebody who is going to face challenges for the rest of her life,” she said. However, she was later reassured by Martha Stewart, who visited Kris’ house for lunch to surprise her daughter Khloé Kardashian. Martha revealed that she also had a hip replacement. “She gets around like nobody’s business, so it makes me feel like there’s nothing to be afraid of,” Kris said.

Speaking to Khloé, Kim Kardashian, and her mother Mary Jo “MJ” Campbell, Kris said she was more concerned about the mental and emotional aftermath of her surgery than her physical well-being, sharing her fears about getting older. “It’s just a mindf*ck,” she said. “You realize that you don’t have that much more time. It’s like suddenly I can’t do all the things. My hip goes out, my knee is torn, I have an eye infection, I can’t see, I have the TV up too loud, and Corey [Gamble] says I can’t hear. I feel like humpty dumpty. It messes with your head because I always felt like I was 40 years old.”

In a confessional, Kim explained that aging has always been one of her mom’s fears, recalling how Kris used to have a jar of marbles that represented “the amount of Christmases or summers” she had left. However, Kris has many reasons — like six children and 12 grandchildren — to get the procedure over with, which her family reminded her about. “The pain that I’ve been feeling seems to be getting in the way of my life, and that is not something I can really tolerate,” she told the producers. “I have this big, beautiful, fabulous life, and I have so many kids and grandkids that I wanna share it with.”

While joking that she wants to “keep her mom cold” in order to prolong her life, Khloé also has a more optimistic outlook about her mom’s concerns, citing her 88-year-old grandmother MJ. “I get that she’s upset about getting older, but listen, MJ’s still here,” she said in a confessional. “She’s had cancer a couple times and she’s still trucking along. We’re good, we got this. These women are fighters. My mom’s not going anywhere.”