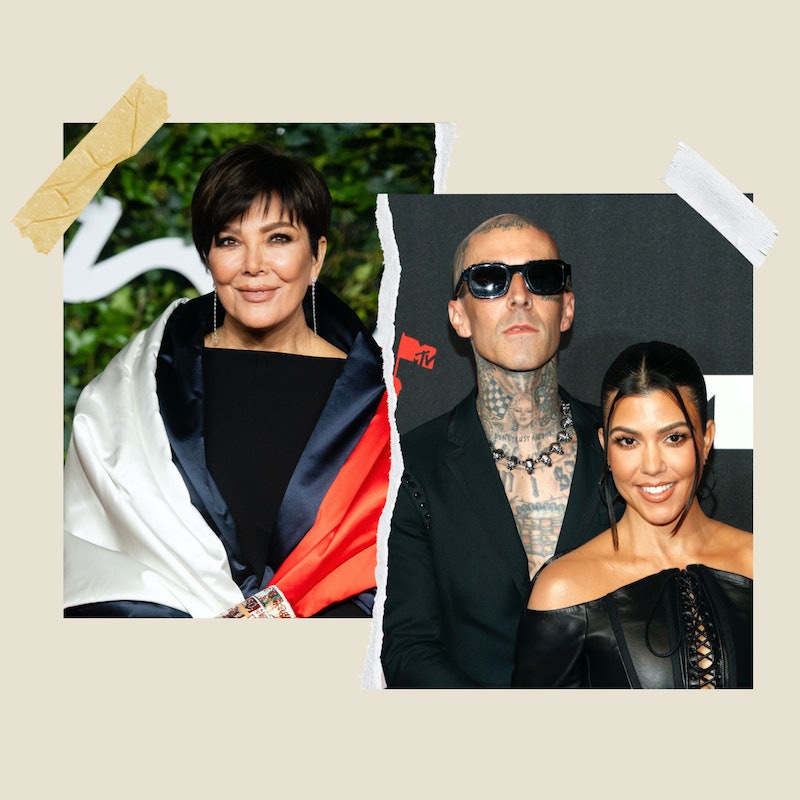 Bad news for Mariah Carey fans: The reigning Queen of Christmas may be unseated by the one and only Kris Jenner. On Thursday, Dec. 23, the Kardashian family matriarch surprised her fans and followers with a festive cover of “Jingle Bells” featuring Travis Barker on the drums and Kourtney Kardashian on the actual jingle bells. Yes, you read that correctly.

“There’s a new Christmas legend in town!” Khloé Kardashian wrote on Instagram alongside the song’s artwork, which is an old photo of the famous momager wearing a sparkly red gown and standing between a pair of Christmas stockings. “Oh yes there is! (Me on the jingle bells),” Kourtney joked in the comments, “but don’t forget the iconic queen @krisjenner.”

The cover itself, brought to you by Kravis Records, is one minute and thirty seconds of pure holiday cheer. “Can we start over and go just a little faster?” Jenner says into the microphone before performing a rendition of the holiday classic that, at the very least, stays on key. “God I love you,” Khloé wrote on her Instagram Stories after hearing it for the first time. She also gave a shout-out to Kourtney and Travis for “making this happen.”

While it’s clear that the Kardashian-Jenners are in high spirits this holiday season, TMZ reported that the reality TV family is once again scaling back their Christmas plans due to the COVID-19 pandemic. Last year, the annual bash was canceled as cases rose in California. This year, with the Omicron variant making the rounds, the family has reportedly decided to keep their celebration small with Kris, her daughters, and her grandchildren.

On the bright side, it seems like things will be far less awkward than originally anticipated. Earlier this week, reports surfaced that Kris invited both Kanye West and Pete Davidson to the annual bash, which meant that Kim Kardashian’s ex-husband and reported current boyfriend would’ve possibly been in the same room. At the time, a source told The Sun that Davidson was “reluctant to go and nervous because he knows how much the family loves Kanye.”

Now that the party isn’t happening, the comedian can push those nerves off until the next big Kardashian-Jenner event. Per TMZ, it’s unlikely that the Saturday Night Live star will spend Christmas with Kardashian this year because he’s already heading back to New York to spend it with his family. However, it’s worth noting that Davidson has been traveling back and forth a lot recently, so anything is possible.