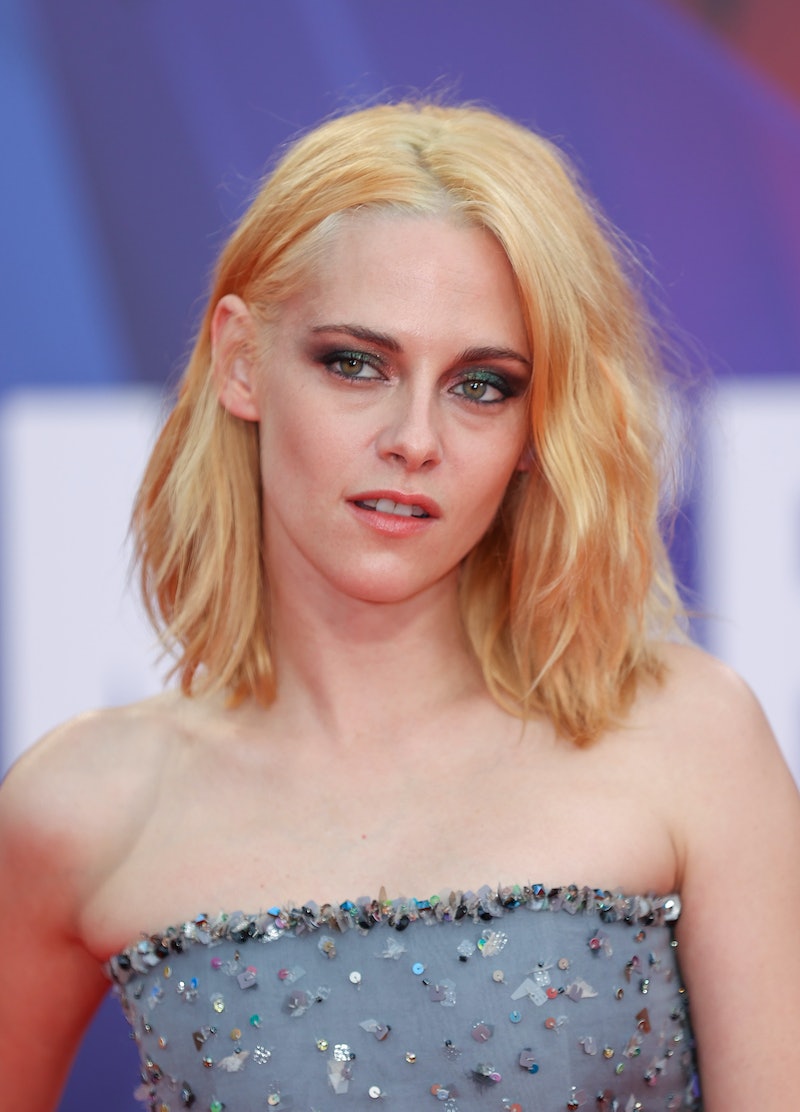 Kristen Stewart began acting onscreen in 1999 in films including Panic Room, Speak, and Catch That Kid as a child and young teenager before scoring her breakthrough role alongside Robert Pattinson in 2008’s Twilight and its four sequels. More recently, the actor has appeared in 2019’s Charlie’s Angels remake, 2020’s sci-fi thriller Underwater, and Hulu’s acclaimed LGBTQ-centered holiday rom-com Happiest Season. But in a new interview with The Sunday Times, Stewart opened up about the difficulty of choosing roles — and said she’s only acted in a handful of “really good films” throughout her decades-long career.

“It's a total crapshoot,” the 31-year-old actor told the publication. “I’ve probably made five really good films out of 45 or 50 films? Ones that I go, ‘Wow, that person made a top-to-bottom beautiful piece of work!’”

Stewart went on to name a couple of her personal favorite films she’s appeared in, and we’re so sorry to Twilight megafans, but none of the five films made her shortlist. Instead, she mentioned Olivier Assayas’ Personal Shopper and Clouds of Sils Maria — a fitting choice, as she earned a coveted César award for her performance as Valentine in the latter film. “I love Assayas’ movies. I’d have to look at my credit list, but they are few and far between,” she continued.

But don’t interpret the actor’s comments as complete hatred for her work. “That doesn’t mean I regret the experience [of making the movies]. I’ve only regretted saying yes to a couple of films and not because of the result, but because it wasn’t fun,” Stewart added. “The worst is when you’re in the middle of something and know that not only is it probably going to be a bad movie, but we’re all bracing until the end.”

As for the bad movies in her filmography, Stewart kindly refused to name any: “No! I’m not a mean person — I’m not going to call people out in public.” However, she detailed the complexities of realizing you’re in a not-so-great film. “It’s like starting to date someone and going, ‘Woah! I don’t know what we’re doing!’ But when you’re in the middle of a movie, you can’t just break up.”

Stewart’s next film is the highly-anticipated Princess Diana biopic, Spencer, directed by Pablo Larraín and set for release on Nov. 5, 2021. Considering the movie reportedly received a five-minute standing ovation following its premiere at the Venice International Film Festival in September, our fingers are crossed it’ll crack the actor’s list of her favorite projects.

More like this
12 Years Ago, Austin Butler Manifested His Oscar Nom In This Disney Movie Scene
By Jake Viswanath
'Friends' Star Maggie Wheeler Offers Support To Matthew Perry After Reading His Memoir
By Alyssa Lapid
Mel B Thinks These Celebs Should Play Them In A Spice Girls Movie
By Alyssa Lapid
Man Meets Politics: ‘Boy Meets World’ Star Ben Savage Is Running For Congress
By Jake Viswanath
Get Even More From Bustle — Sign Up For The Newsletter
From hair trends to relationship advice, our daily newsletter has everything you need to sound like a person who’s on TikTok, even if you aren’t.