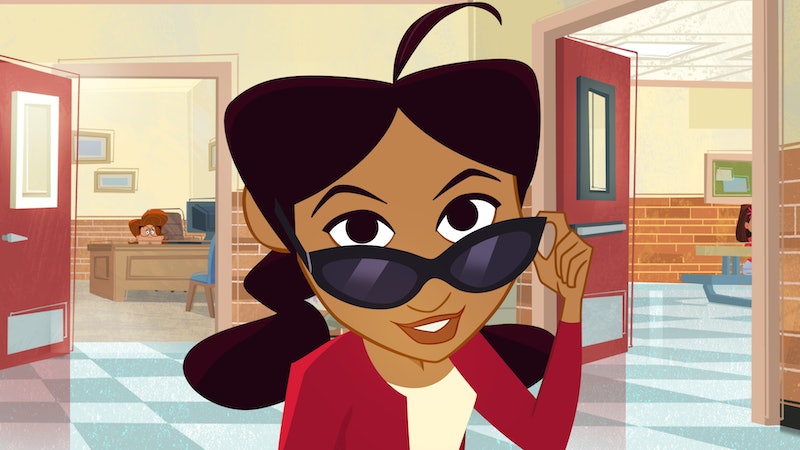 From Sex and the City spinoff And Just Like That... to the Lizzie McGuire revival that never happened, revisiting beloved shows from the early aughts is very in right now — and very complicated. If a favorite character doesn’t return (or if they do and are too ... different), things can feel off. Kyla Pratt gets it. After voicing The Proud Family’s Penny Proud more than 20 years ago when she was just a teenager, 35-year-old Pratt has returned to the role for Disney+’s The Proud Family: Louder and Prouder, which debuted Feb. 23.

“With a lot of the reboots out there, I can’t even judge them. I’m like, ‘No, you’re going to taint my experience! I’m scared,’” Pratt tells Bustle. “But for this, we kept that same essence ... [so] I think Proud Family is probably the only reboot that doesn’t scare me.”

With executive producers Bruce W. Smith and Ralph Farquhar back from the original series, Pratt says, “There was no way that this wasn’t going to be amazing.” Being animated definitely helps. Sure, the art style’s changed a bit and the music has, too (peep a Chloe x Halle nod in the premiere), but Penny’s still just a girl growing up — onscreen and offscreen. “Realizing throughout my life, and my journey, how many people come up to talk to me about how influential the show has been to them ... it helped me realize how much it was for me,” Pratt says.

Most of the original cast is back, but one familiar face not returning is Orlando Brown, who played Sticky in the original show. Brown has been vocal about his journey toward sobriety after a string of legal issues in the years since working with Disney Channel. “Orlando was severely missed,” Pratt says. “He’s a part of the fam.”

Louder and Prouder also brings the discussion about The Proud Family’s approach to its diverse stories back into the spotlight. Louder and Prouder introduces new characters like Penny’s activist neighbor Maya (Keke Palmer), who has two dads and is keen on questioning the status quo, but it also revisits friends like Dijonay (Karen Malina White), a character whose depiction prompted discourse about colorism in the years since The Proud Family first aired. Though Pratt says she wasn’t directly attuned to the issue growing up, she “always knew it was a conversation.”

Fans of Pratt and The Proud Family have already been sending her love on social media, not just for Penny Proud, but also for the myriad of coming-of-age stories she’s been part of, from talking to animals in Dr. Dolittle to growing up with a single dad on One on One. “I think that a lot of people really have gotten attached to the characters that I’ve played,” she says.