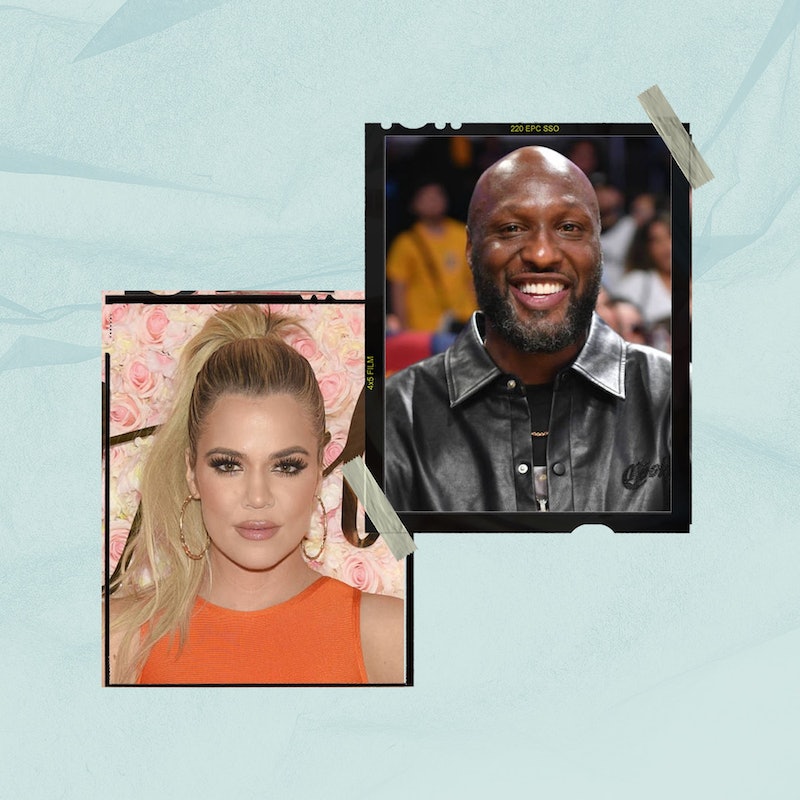 Lamar Odom is ready to open up and tell his story. In a new TMZ documentary, the former NBA player and ex-husband of Khloé Kardashian will speak about his struggles with sex addiction and drug use amid his seven-year marriage to the reality star. “Drugs … that was my girlfriend,” Odom says in the trailer for Lamar Odom: Sex, Drugs & Kardashians. “I had a wife and cocaine.”

Odom, who was married to Kardashian from 2009 to 2016, has checked into rehab numerous times over the years and was notably found unconscious in a Nevada brothel in 2015. Kardashian filed for divorce in 2013 following their two-season spinoff reality series Khloé & Lamar, and re-filed in 2016 before finalizing the divorce in December of that year.

In the trailer, Odom tells TMZ’s Harvey Levin that Kardashian found out about his addictions at some point during their marriage because “you can’t hide that.” Levin states that she stood by him despite it, at which point Odom becomes emotional before agreeing. He reveals that there’s even more to their story, saying, “behind the scenes I put her through some sh*t. The things y’all think y’all know is crazy. But the stories y’all don’t know are, like, really crazy.”

Odom has reiterated his constant love for Khloé in the years since their marriage ended, with on-and-off periods of communication between the exes. He has even stated that he misses the Kardashian klan as a whole, and that being part of their family was “one of the best times in my adult life.” Khloé’s current relationship status is unconfirmed, though she shares two children with ex-boyfriend Tristan Thompson.

According to FOX, which is airing this special on Jan. 2 at 9 p.m. ET, Odom’s new tell-all will center heavily on his marriage to Kardashian. “The all-new revealing special takes viewers on a deep dive of Lamar Odom’s troubled marriage to Khloé Kardashian, which was as memorable as his incredible basketball career,” the official description states. “Lamar talks exclusively to TMZ for the first time about his sex addiction and drug use and how it torpedoed his marriage to the love of his life and turned him into a shell of his former self.”

More like this
Everything You Need To Know About Kanye's Post-Kardashian Dating Life
By Bustle Editors
North West Will Make Her Acting Debut Alongside Mom Kim Kardashian
By Radhika Menon
Did Pete Davidson Remove His Kim Kardashian Tattoos? Photos Point To Yes
By Alyssa Lapid
Khloé Kardashian Writes Touching Instagram Tribute To Tristan Thompson’s Mother
By Alyssa Lapid
Get Even More From Bustle — Sign Up For The Newsletter
From hair trends to relationship advice, our daily newsletter has everything you need to sound like a person who’s on TikTok, even if you aren’t.