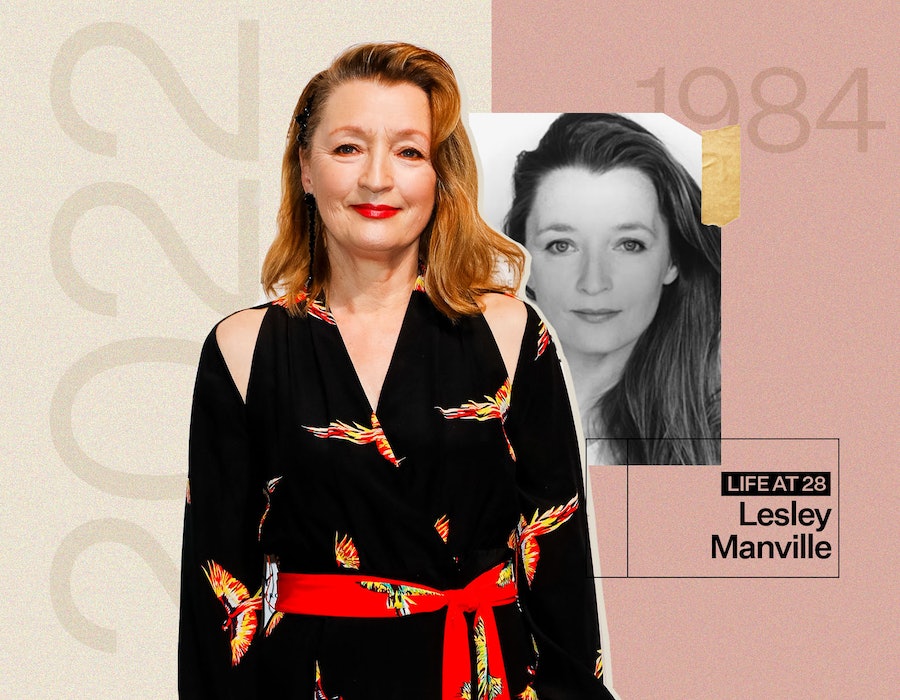 “It’s quite a departure from a lot of the stuff I do,” Lesley Manville tells me of her new film, Mrs. Harris Goes to Paris. “It’s much more wholesome. It’s nice to do a film that’s a crowd-pleaser.” Based on the novel by Paul Gallico, the heartwarming tale, set in the 1950s, introduces us to a widowed cleaning lady by the name of Mrs. Harris, portrayed by Manville. Having come into a bit of money, the Londoner forgoes all expectation by opting to pursue a rather special dream. With a bag full of cash, a hopeful, if a little naive, Mrs. Harris heads to Paris, where she goes straight to the House of Dior, with the intention of picking up a couture gown. The reception she receives is less than friendly, and what ensues is a sweet tale of friendship, romance, and a burning desire to live outside of the ordinary for a little while.

Right from the onset, the audience is avidly rooting for Mrs. Harris and her Dior Dream. And so was Manville. “What a wonderful character she is. I loved the fighting spirit of her,” the actor remarks. “My heart bleeds for her because she’s really pushing forward and trying to make the best of her life.” As Manville, 66, notes, the feel-good film is an ideal remedy for the past two years we’ve had to endure as a collective.

Manville got her big break in television in 1974, portraying Rosemary Kendall in the long-running British soap Emmerdale Farm (now simply called Emmerdale). Departing the show after two years, she began to make a name for herself on stage. The actor honed her craft by performing in plays such as Caryl Churchill’s Top Girls and Shakespeare’s As You Like It. “You learn so much by being on stage,” Manville tells me, fondly recalling those early years. In more recent times, she’s become a familiar figure in film and television, notably earning an Oscar nomination in 2018 for her performance opposite Daniel Day-Lewis in the period drama Phantom Thread. Much like Julie Andrews in Bridgerton, Manville’s voice became recognisable to a whole new generation when she narrated the hit U.S. romantic drama series Love Life.

Now that her most recent TV series, BBC One’s Sherwood, has finished airing, Manville is happy to discuss her next big project. In November, she’ll make her hotly-anticipated debut in Season 5 of Netflix’s The Crown, portraying Princess Margaret, a role previously governed by Vanessa Kirby and Helena Bonham Carter. I ask Manville how she feels about joining such a prestigious drama. “I had a very long time to gloriously prepare for it and read all the books. I could luxuriate in all things Margaret,” the actor explains, revealing she knew about her casting “several years” beforehand. Sharing her excitement about her long road to the set, she continues: “Eventually, the scripts arrived and, as you can imagine, it’s been quite an experience. All the other extraordinary departments kick in on that job, such as the costumes, and the hair and makeup. You realise the whole thing is a centre of excellence. The track record of that series is formidable.”

Ahead of going back to film for the final series, Manville reflects on whether she felt any responsibility in portraying a real-life public figure. “At the end of the day, what we’re doing is a drama, it’s not a documentary,” the actor notes. “I don’t have to impersonate her, that’s not what the show is about. I read many books about her, and it kind of sunk in by osmosis.”

While she continues to be involved in many large group projects, away from the screen, Manville has always enjoyed her own company, she tells me. The mum-of-one has been married twice. Her first marriage to fellow actor Gary Oldman ended three months after their son, Alfie, was born in 1989. The pair divorced in 1990, with Oldman marrying Uma Thurman later that year.

Below, Manville talks about having faith in the slow-burning nature of her career, the ups-and-downs of dating life, and finding her voice.

I was living in a maisonette in Chiswick, London. I was really having an amazing time working with brilliant directors and writers. For much of that decade, I was in the luxurious position of doing a lot of work at the Royal Court Theatre in London. I was also doing the odd bit of TV here and there.

What was your view on love and relationships at that age?

I was flitting around, doing what 20-somethings do. You’re hopping from one to the other, and thinking, “Is this person right?” [Laughs] It was probably not long after that [my 28th year] when I met the man that I married [actor Gary Oldman].

I appreciated that my career was a slow burn. That’s the best way for it to be. Let your success come gradually, because you’ve earned it.

Mrs. Harris has grand dreams of going to Paris and buying herself a Dior dress. What was your biggest dream back then?

I knew I wanted to have children, and I imagined that it would be with somebody that would be a life-long relationship. I also wanted to have a good career, but not in a horrible, ambitious way. I just wanted to carry on doing the work I was doing. There were so many plays I wanted to do and companies I wanted to work for, and a lot of those things came to fruition.

I certainly wasn’t looking for 15 minutes of fame. I appreciated that my career, even then, was a slow burn. And I couldn’t be more glad of that. That’s the best way for it to be. Let your success come gradually, because you’ve earned it. Nowadays, so many people are pressured.

You’ve mentioned your work in film and TV. In 1985, you had your first listed credit in the film Dance With A Stranger. At 28, were you thinking about making a name for yourself on the big screen?

There was much more of a theatre culture around. You can’t be edited or made to look better than you are [on stage], it’s very exposing. At the time, I loved my career, but in hindsight, I’m even more grateful for it. Comparing it to what young actors have to go through today, I don’t envy them one bit.

Did you consider yourself to be emotionally fulfilled?

I’m not sure. I wasn’t unfulfilled, let’s put it that way, and I wasn’t troubled, thankfully. I’ve always been quite a logical, clear-sighted person. Yes, I went through the inevitable pain of break-ups and things like that, but I got over it.

Looking back, what was your biggest challenge at 28?

I’d been lucky enough to earn some money through telly, so I had my own place to live. I suppose the challenge was that, having decided to do a lot of theatre work, I had to make sure I had the money to pay the mortgage. It was much easier to do that [buy your own home] then, I hasten to add. I was very lucky in that way. The only problems in my life at that time were men, and if I’d had the head on my shoulders that I’ve got now, I would have probably just got rid of them, instead of trying to make them work.

What social issues were you campaigning for in 1984?

I’ve recently been in a TV series called Sherwood, and it touches on people who were involved in the 1984 miner’s strike. In reality, when the strike was happening, I was invited, through the Royal Court Theatre, to interview a pro-strike group called the Barnsley Women Against Pit Closures. I also went on the picket line, which was pretty scary. I didn’t like it very much.

The Royal Court Theatre is famously left-field, so a lot of the work I was doing was politicised. I didn’t go to university and, at first, I kind of felt out of my depth there. I had a little bit of a chip on my shoulder to begin with. I didn’t feel that, intellectually, I was up to the standards of the people around me. But in a way, my time at the Royal Court was very formative and felt like my education.

Always a lot of Motown, that’s been a constant. And I remember singing along to Kate Bush a lot. And if I needed to have a good cry, I’d stick on a bit of Barbra Streisand.

Don’t put up with so much crap from boyfriends. I hadn’t found my voice with boyfriends [then] to say: “Enough. You’re out!” Trust me, I’ve found it more recently.

I grew up in a loving household, but I couldn’t say that my mother was a feminist by any stretch of the imagination. I didn’t grow up in a climate where women were taught to realise that their voice was important and that they didn’t have to put up with anything. I had to learn that very slowly.

More like this
Nicholas Hoult Has The Sweetest Things To Say About His Family
By Sam Ramsden
MTV’s 'Are You The One?' Is Getting A UK Makeover
By Sam Ramsden
Neil Patrick Harris Navigates New York’s Gay Dating Scene In Rom-Com 'Uncoupled'
By Catharina Cheung
Stephen Graham’s Wife Plays A Vital Role In His Career
By Emma Madden and Sophie McEvoy
Get The Very Best Of Bustle/UK

This article was originally published on July 18, 2022