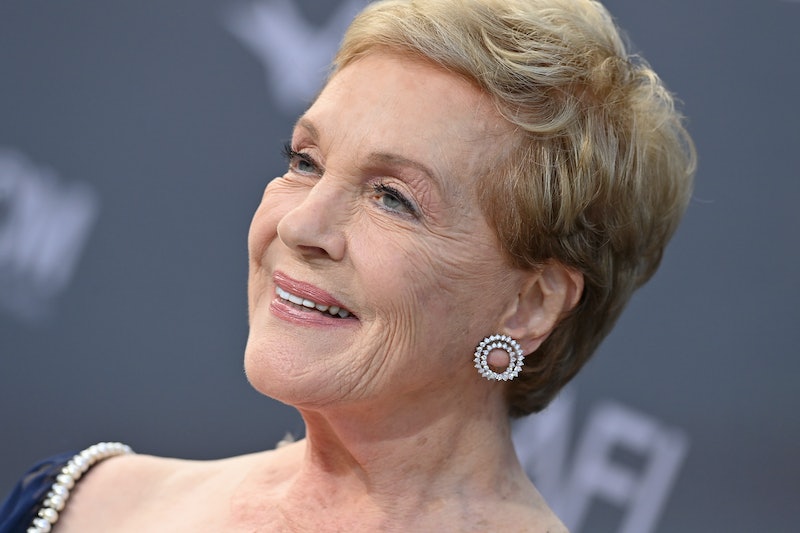 From Colin and Penelope’s love story (finally!) to the inevitable orchestral pop covers, there’s a lot to look forward to in Bridgerton Season 3 — and narrating us through it all, as ever, will be Lady Whistledown. Julie Andrews has lent her iconic voice to the ton’s all-knowing gossip for two years and counting, and the steamy Shondaland series simply wouldn’t be the same without her.

Despite her integral role, however, Andrews hasn’t actually met her co-stars in person. During a June 22 appearance on Today — while promoting her upcoming turn as Gru’s mom in Minions: The Rise of Gru — Andrews opened up about the behind-the-scenes filming process. Or, in her case, recording process. “You know, I’ve never met the company in person,” she said. “Of course, I see them on the show sometimes — but I do all my own recording far, far away from them.”

Of course, it’s pretty common for voice actors to work separately from their peers on the same project — but Andrews’ reveal suggests she hasn’t connected with the cast ever (and doesn’t seem to attend Bridgerton red carpet premieres, either). Still, she — like all of us — definitely admires from afar. “I think it’s gorgeous looking, and they’re all wonderful in it,” she said of the show. “And they’re lovely people to work with — Shonda Rhimes and the whole gang down are terrific. So there you are, it’s a joy. And I’m thrilled that they asked me.”

It’s not the first time Andrews has publicly praised Rhimes, with whom she also worked on The Princess Diaries 2. In 2021, Andrews wrote about her friend and colleague for Rhimes’ placement on the Time100 list, honoring the year’s most influential people. “She is forever optimistic, courageous and honest, and her humanity and sense of purpose shine through in everything that she touches,” Andrews wrote at the time. “As a small participant in her latest pop-culture triumph, Bridgerton, I am proud to call her my boss.”

More like this
Who Is 'Umbrella Academy' Star Elliot Page Dating After His Divorce?
By Jake Viswanath
Dan Levy’s Father’s Day Pic Of Dad Eugene Spoofs The ‘Schitt’s Creek’ Vet’s Past
By Grace Wehniainen
‘Bridgerton’ Stars Nicola Coughlan & Luke Newton Got Polin Fans In A Tizzy
By Stephanie Topacio Long
The ‘Squid Game’ Season 2 Renewal Teases A Creepy New Figure & A Return
By Brian Anthony Hernandez and Bustle Editors
Get Even More From Bustle — Sign Up For The Newsletter