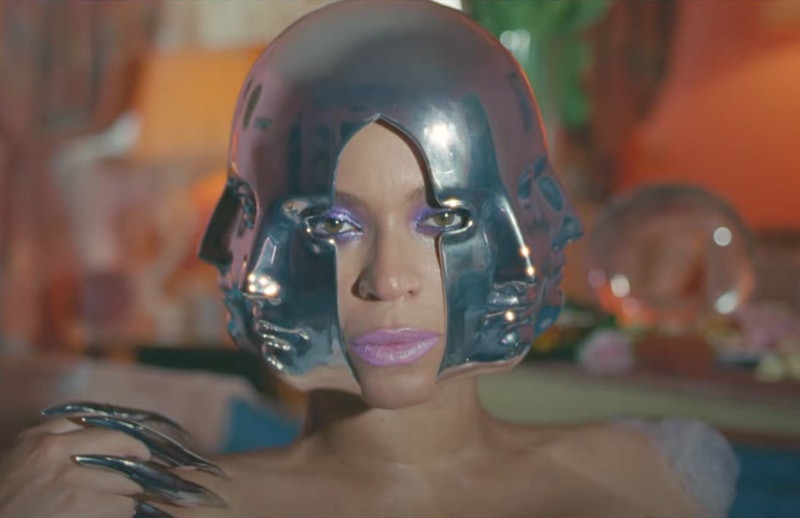 “I pull up in these clothes, look so good,” Beyoncé proclaims in the lyrics to the opening track from Renaissance, her chart-topping seventh studio album. To prove it, she delivered 21 different looks in the surprise teaser for the “I’M THAT GIRL” music video on Aug. 12.

The visual drop for “I’M THAT GIRL” sent the Beyhive into an emotional spiral on Twitter, with one fan even comparing the teaser’s fashion montage to the many looks Michelle Yeoh serves in Everything Everywhere All at Once. “We’re about to feast,” tweeted another stan.

Feast your eyes on Beyoncé’s “I’M THAT GIRL” teaser, which doesn’t give us a release date for the full video, before checking the memes and tweets fans quickly posted on Twitter.

Beyoncé’s Renaissance recently debuted at No. 1 on the Billboard 200 albums chart, making her the first woman in 2022 to top the chart and also the first woman to climb the summit since Adele in November. The buzz surrounding “I’M THAT GIRL” and its new visuals may help keep Renaissance at No. 1 for another week.

The Beyhive reacted accordingly to their Queen Bey:

More like this
Twitter Is Freaking Out Over Rihanna’s 2023 Super Bowl Halftime Show Announcement
By Stephanie Topacio Long
Lizzo Twerks While Playing James Madison's 200-Year-Old Crystal Flute Onstage
By Radhika Menon
Everything To Know About Taylor Swift’s 10th Studio Album, 'Midnights'
By Grace Wehniainen and Jake Viswanath
What Demi Lovato Really Thinks About Child Stardom, Depression, & Sobriety
By Radhika Menon
Get Even More From Bustle — Sign Up For The Newsletter