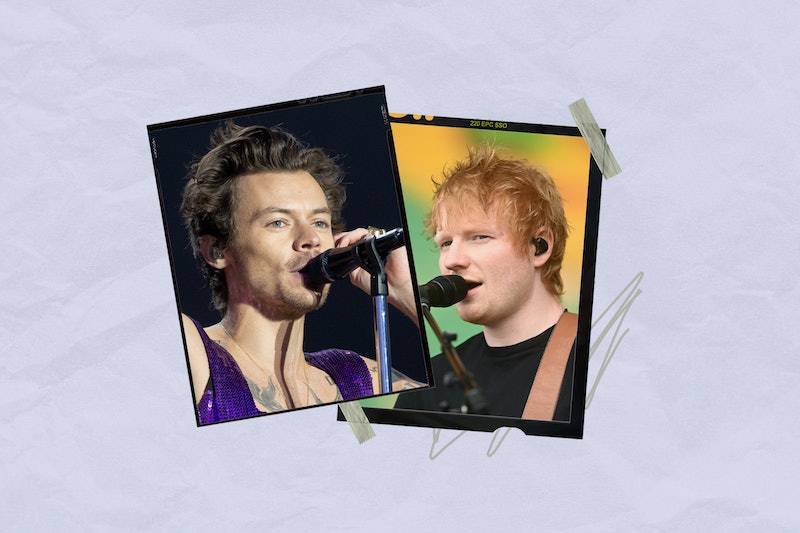 It's the time of the year that many of us have been waiting for. No, not Christmas or New Year’s Eve — ‘tis the season of Spotify Wrapped. On Nov. 19, the streaming giant treated subscribers to their personal listening stats from the year gone by, revealing Spotify users’ top songs, albums, podcasts, and more. Meanwhile, Spotify also unveiled the most streamed music and artists in 2022, and in the UK, a surprise hit from the past year made the top five.

With a total of 1.5 billion global streams this year, Harry Styles’ “As It Was” was officially named Spotify’s most listened-to track in the UK in 2022. Glass Animals’ Brit Award-nominated single “Heat Waves” landed in second place, while Dave’s “Starlight” came in a respectable third.

Prior to the release of Stranger Things Season 4, not many would have predicted that Kate Bush’s 1985 single “Running Up That Hill” would be a contender for this year’s Spotify Wrapped Top 10. However, thanks to that Max vs Vecna scene, the ‘80s hit has been crowned the fourth most popular song on Spotify in the UK this year.

Amid a wave of renewed interest in the song following its Stranger Things feature, “Running Up That Hill” reached new heights in the UK and beyond, topping the Official UK Singles Chart for the first time ever. As of Aug. 2022, Spotify also revealed that the Bush track had been streamed 45 million times over the summer in the UK alone. Speaking in Jun. 2022, Bush described the song’s surge in popularity as “really exciting,” adding that her 1985 single had been “given a whole new lease of life by the young fans.”

As for the rest of the Spotify Wrapped Top 10, Sam Fender’s “Seventeen Going Under” was the fifth most-streamed song in the UK in 2022, while Lost Frequencies’ “Where Are You Now” and LF System’s “Afraid To Feel” came in sixth and seventh place, respectively. Ed Sheeran took both eighth and ninth place on the list, with “Shivers” and “Bad Habits,” and Aitch & Ashanti rounded off the Top 10 with “Baby.”

More like this
Harry Styles Just Split His Pants In Jennifer Aniston’s Face
By Sam Ramsden
Harry Styles Had A Major Stage Malfunction At The Grammys
By Darshita Goyal
Here’s How You Can Watch The Grammys 2023 In The UK
By Emma Madden and Catharina Cheung
Taylor Swift & Harry Styles Had A Secret Reunion At The Grammys
By Shahed Ezaydi
Get The Very Best Of Bustle/UK
Sign up for Bustle UK's twice-weekly newsletter, featuring the latest must-watch TV, moving personal stories, and expert advice on the hottest viral buys.