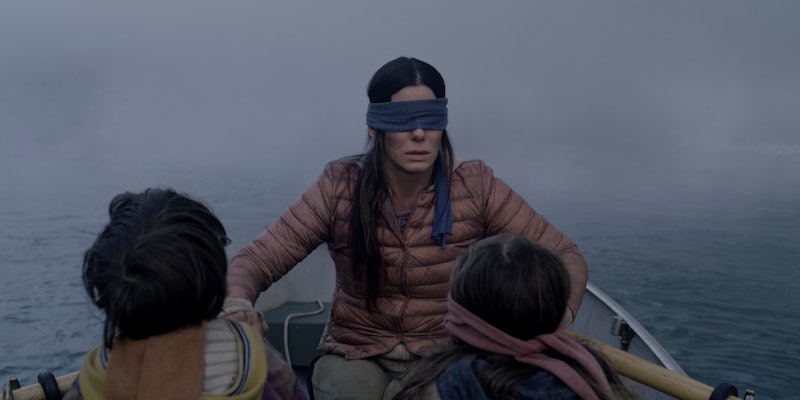 Nearly three years after it first debuted, Bird Box remains one of the most-watched original films in Netflix history. The Sandra Bullock movie struck a chord — and continues to draw viewers today — with its perfect balance of horror, unique storytelling, and star power. And if you’re one of the tens of millions of people who has seen the film, then you’re probably also interested in finding other movies like Bird Box that are streaming on Netflix now. (After all, it’s been a while since fans have gotten any updates on the planned sequel.)

Given Netflix’s massive library of films, it’s not surprising that a significant number of the available movies fall into the horror genre. But picking just any scary movie as a Bird Box-alike won’t do, because Bird Box is no ordinary horror film. It uses the same philosophy that underpins many of the very best horror films — the idea that what’s unseen is more frightening than what is seen — and does so in perhaps the most ambitious way possible, by removing the main characters’ sight from the equation. Bird Box also builds tension slowly, breeding feelings of isolation and fomenting fear of the unknown, so any horror movie that’s hoping to hold a candle to it will have to do the same. Luckily, the 11 movies on Netflix listed below do just that — and promise to fill the Bird Box-shaped hole in your streaming diet.