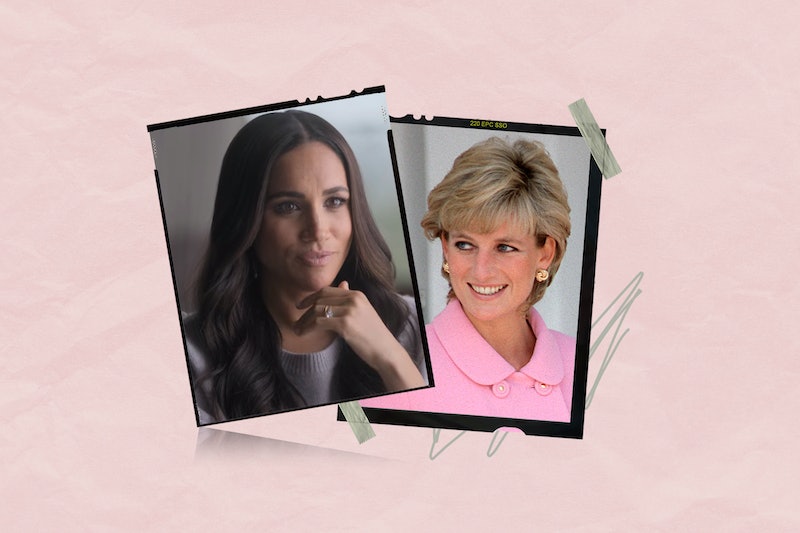 An open and candid look into their relationship and life, Prince Harry and Meghan Markle’s new Netflix docuseries Harry & Meghan sets out to take control of the narrative, with the couple telling their own story after years of media intrusion. The first volume of the series includes a series of adorably candid moments between the couple and their children, Archie and Lilibet. It also sees Prince Harry reflecting on his late mother Princess Diana.

“So much of what Meghan is and how she is, is so similar to my mum,” Prince Harry said. “She has the same compassion, the same empathy, the same confidence. She has this warmth about her.” Elsewhere in the first episode, he fondly remembers his mother’s “cheeky laugh.” And shortly afterwards, a humorous archive clip shows a young Prince Harry using a pair of homemade cardboard binoculars to “play the press at their own game” and we see an angered Princess Diana confronting press on a skiing holiday. “As a parent, could I ask you to respect my children’s space?” she says.

The second episode of the documentary opens with previously unseen footage of Prince Harry and Meghan attempting to evade the paparazzi on a short drive in the U.S. As a paparazzi approaches their car on a scooter, it’s clear how distressed the couple feel, and they begin discussing potential responses to get away. “Safety first,” Meghan urges.

As viewers will remember all too well, Princess Diana was tragically killed in a car crash in Paris as she fled to escape paparazzi. The late Princess of Wales was subjected to huge invasion from the press, particularly after she separated from the now King Charles.

In Episode 1, Prince Harry says that he always knew his future partner would need to be “willing and capable” of handling the intense pressures of royal life. He goes on to say it’s why he felt strongly about keeping his relationship with Meghan private for as long as possible. “How can I ever find someone who was willing and capable of being able to withstand all of the baggage that comes with being with me?” the Duke of Sussex says.

In fact, Prince Harry draws a direct comparison between his own experiences and that of Princess Diana’s in the opening sequence of Episode 2. “Back in my mum’s day, it was physical harassment. They had cameras in your face, following you, chasing you,” he says, before adding that he and Meghan fear the intense online abuse and trolling that follows the publication of a new photograph or story.

“Paparazzi still harass people but the harassment really exists more online now,” Harry says. “Once the photograph is out, and the story is put next to it, then comes the social media harassment. To see another woman in my life who I love go through this feeding frenzy. That’s hard. It is basically the hunter versus the prey.”

In another segment, Meghan recalls one of her first encounters with paparazzi in Toronto, shortly after the couple’s relationship went public. “I remember H the next day saying, ‘You can’t talk to them… the UK media are saying that you love it. You’re smiling, you love it.’” She also reveals that the press paid certain neighbours in Toronto to secretly install cameras that pointed into her garden, adding that her life suddenly seemed to become more “insular.”

More like this
Prince Harry & Meghan Markle Are Puppets Now
By Sam Ramsden
Taylor Swift & Harry Styles Had A Secret Reunion At The Grammys
By Shahed Ezaydi
Twitter Is Saying The Same Thing About Beyoncé's Renaissance World Tour
By Shahed Ezaydi
Michaela Coel Has Some *Thoughts* About The Nepo Baby Discourse
By Maxine Harrison
Get The Very Best Of Bustle/UK
Sign up for Bustle UK's twice-weekly newsletter, featuring the latest must-watch TV, moving personal stories, and expert advice on the hottest viral buys.