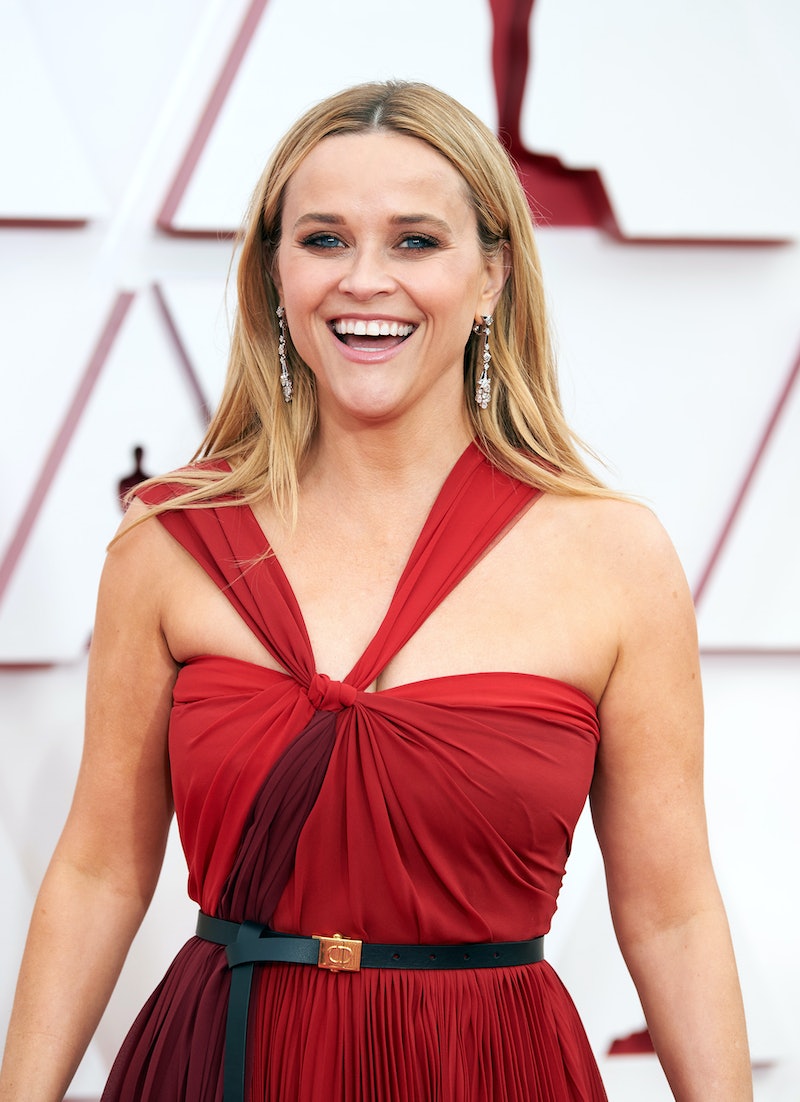 From Legally Blonde to Sweet Home Alabama, Reese Witherspoon carved out a spot as cinema’s rom-com queen long ago. Even though she’s recently taken some time to pursue heavier roles in series like Big Little Lies, Little Fires Everywhere, and The Morning Show, the Academy Award winner is about to brighten our screens with two more romantic comedies for Netflix, as the streamer announced last May.

Now, an exciting production update: The first of the two projects, Your Place or Mine, is currently filming. Witherspoon revealed as much via Instagram on Saturday, Oct. 2, posting behind-the-scenes photos taken around New York and captioning them, “Heading back to my rom-com roots! Let’s do this!”

In one shot, Witherspoon’s beaming character strolls onto Montague Street with a suitcase behind her — very much rom-com imagery already, of course. Per Netflix, the film will focus on “two long-distance best friends [who] change each other’s lives when she decides to pursue a lifelong dream and he volunteers to keep an eye on her teenage son.” Though the “he” in question hasn’t been spotted on set yet, you’ll be seeing him soon enough — Witherspoon’s co-star in Your Place or Mine is Ashton Kutcher, Deadline announced in August.

The creative talent behind Your Place or Mine is as exciting as the stars themselves. The film is written and directed by Aline Brosh McKenna, the genius behind many rom-com lovers’ favorite titles, including The Devil Wears Prada and 27 Dresses. Brosh McKenna also co-created the romantic musical dramedy Crazy Ex-Girlfriend with Rachel Bloom, so it’s a genre she knows and loves.

“I’m the hugest Reese Witherspoon fan on earth, not just of her immense talents as an actor but also her producing skills,” Brosh McKenna said when the project was announced. “I couldn’t be more excited to direct this movie for Netflix.”

If you’re thrilled to see another Reese Witherspoon rom-com, you might have Netflix’s 2018 film Set It Up to thank. That movie has been frequently tied to the “rom-com renaissance” (the rom-comaissance, if you will), and Witherspoon loved its fresh but familiar vibes just as much as you did. “Watched a GREAT romantic comedy @SetItUp this weekend,” she tweeted that summer, “which made me think... why aren’t there more romantic movies?!??!” Fans were quick to suggest she remedy that problem, and it looks like she heeded their advice.

Three years later, she’s on her way to delivering one of these feel-good flicks herself. While we don’t know exactly when Your Place or Mine will premiere, it’s already shaping up to be one of the streamer’s next must-see movies.

More like this
Here’s Everything Coming To & Leaving Netflix In February
By Jake Viswanath
Pamela Anderson’s Dating & Marriage History Could Be Its Own TV Series
By Jake Viswanath
Ashton Kutcher Wants Danny Masterson “To Be Found Innocent” In Rape Retrial
By Jake Viswanath
'Wednesday' Star Emma Myers Thinks A Wenclair Storyline Is “Possible” In Season 2
By Alyssa Lapid
Get Even More From Bustle — Sign Up For The Newsletter
From hair trends to relationship advice, our daily newsletter has everything you need to sound like a person who’s on TikTok, even if you aren’t.