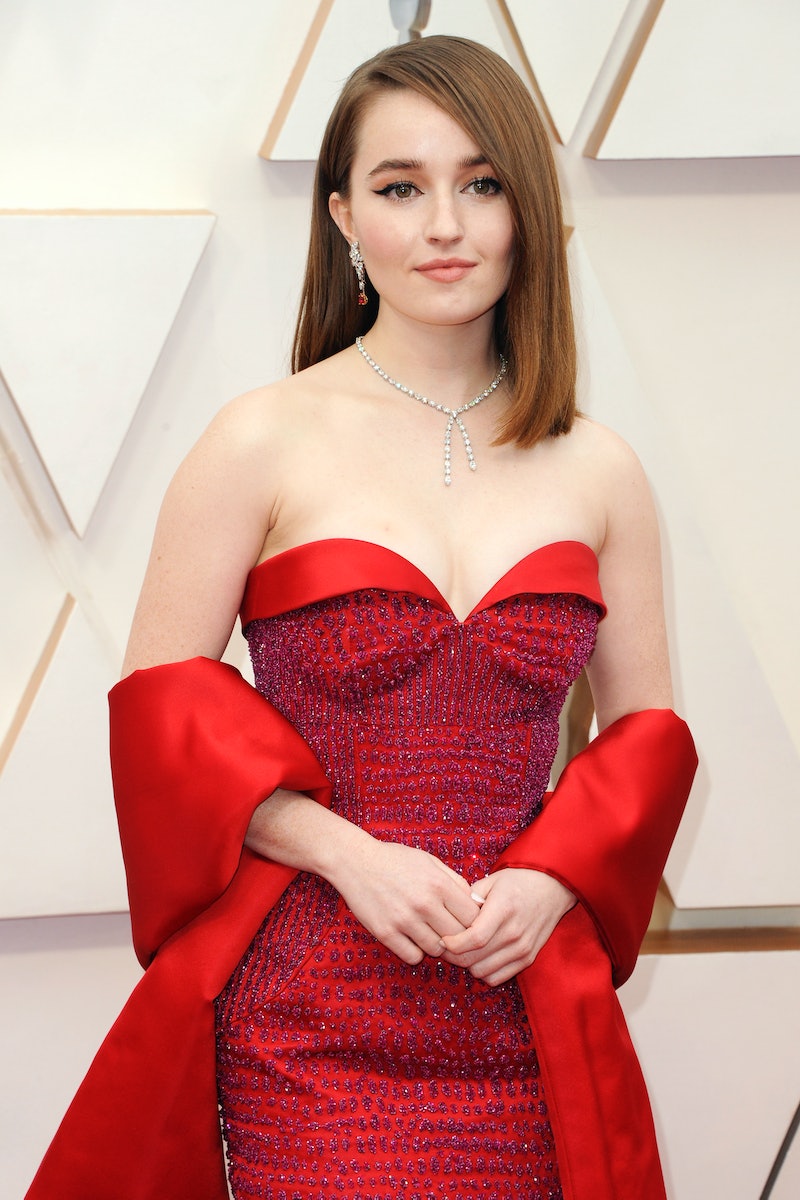 A new film is in the works at 20th Century Studios that offers a fresh take on the classic Shakespeare tragedy Romeo & Juliet — and no, it’s not based on Taylor Swift’s “Love Story,” though that’s a movie that should be made. Based on a 2010 novel titled When You Were Mine by author Rebecca Serle, the forthcoming film is called Rosaline, centering around a lesser-known character from the original story, per Deadline. Featuring creatives behind Booksmart and (500) Days of Summer, it’s sure to provide a fun, modernized perspective on the iconic 1597 romantic tale. From its plot to its cast and release date, here’s everything we know about Rosaline.

What Is The Plot Of Rosaline?

The film tells the same story of Romeo & Juliet, aka “the most famous love story ever told,” but from a very different perspective: Juliet Capulet’s cousin Rosaline. The character plays a small part in the original play, as Romeo Montague attends a ball at the Capulet house in search of Rosaline, with whom he’s infatuated. But at the ball, he encounters Juliet instead, which kicks off their forbidden love story.

In the original Shakespeare story, Romeo has been seeking out Rosaline for some time, though she’s rejected all of his moves. However, Rosaline offers a different backstory in which she and Romeo were in a legitimate relationship prior to him courting Juliet. Per Deadline, Rosaline is “a sharp but idealistic young woman” who initially wants to break up Romeo and Juliet in order to get her ex-lover back. But after a change of heart, she ends up working to keep the famous couple together — against their parents’ wishes.

Who Is Involved In Rosaline?

Actor Kaitlyn Dever will play the titular role in Rosaline and is known for her roles in Netflix’s Unbelievable and Olivia Wilde’s 2019 film Booksmart, among others. The film will mark another project on Dever’s busy schedule, considering she’s already attached to three other upcoming movies: the big-screen adaptation of musical Dear Evan Hansen, No One Will Save You, and Ticket Go Paradise, which also stars George Clooney, Julia Roberts, and Billie Lourd. Additionally, Dever continues to appear on Fox’s Last Man Standing and is set to star in a forthcoming Hulu drama series titled Dopesick.

Upon the announcement of Rosaline, Dever took to Twitter to celebrate. “Let’s do this,” she wrote on May 6. “I couldn’t be more excited.”

Based on Serle’s novel, the film’s script is penned by Scott Neustadter & Michael H. Weber, the writing team behind (500) Days of Summer. Rosaline is to be directed by Karen Maine, who previously directed the 2019 comedy Yes, God, Yes, and produced by 21 Laps (Stranger Things), Shawn Levy (Night at the Museum), and Dan Cohen (Arrival).

When Will Rosaline Be Released?

The official release date for Rosaline is yet to be announced. The film hasn’t entered production just yet, so fans can likely expect to wait at least a year before it hits theaters and/or streaming.

This post will be updated with the trailer, release date, and additional plot and cast details as more information on Rosaline becomes available.

More like this
'Avatar 2' Now Has A Teaser Trailer & Release Date
By Jack Irvin and Alyssa Lapid
The 'Lady Chatterley's Lover' Book Leaves Us With A Troubling Question
By Catharina Cheung
The 'Love, Lizzo' Harry Styles Scene Is Just 1 Moment That Made Fans Feel Seen
By Brad Witter
Idris Elba "Breaks Out" Of London In 'Luther' Film First Look
By Sam Ramsden
Get Even More From Bustle — Sign Up For The Newsletter