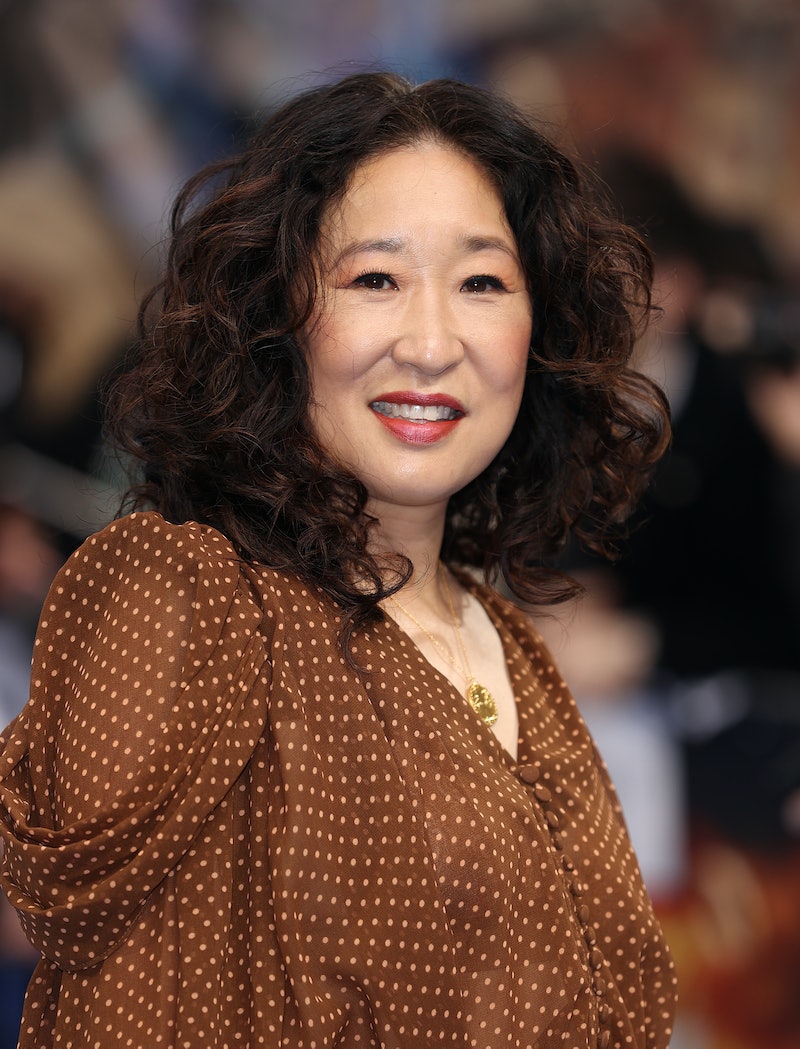 During her 10-year, Golden Globe-winning turn as Cristina Yang on Grey’s Anatomy, Sandra Oh saw her beloved character through some memorable highs and devastating lows (cue the “Somebody sedate me!” TikTok sound). Now that Oh is starring in the new Netflix series The Chair, she’s reflecting on some of the emotional obstacles that continued off screen in the early Grey’s days — as she discussed in a Sunday Today interview with Willie Geist that aired on Aug. 29.

“To be perfectly honest, it was traumatic,” she said of starring on such a huge series. “The circumstances you need to do your work, is with a lot of privacy. And so when one loses one’s anonymity, you have to build skills to still try and be real.”

Oh explained that over time, she was able to stop hiding in public places — instead, she said, she learned to “manage attention, manage expectation, while not losing the sense of self.” She also cited having “a good therapist” as essential to her mental health. “It’s very, very important,” Oh said. “You just have to work at finding your way to stay grounded. And a lot of times, that’s by saying no.”

While reflecting on her journey since first joining Grey’s Anatomy, Oh also noted the ways her roles have changed over time, saying that she can “trace ... how Hollywood has progressed” via the characters she’s played. Oh expressed special pride for her current turn as Ji-Yoon Kim, the new English department chair at a prestigious university.

“When I was on Grey’s Anatomy for 10 years, the show never addressed people’s ethnicity,” she said. “With the show Killing Eve, I was able to bring a certain aspect of Eve’s cultural heritage. But in The Chair, when I saw that Dr. Kim’s name is Ji-Yoon Kim, now I can play a character who specifically has a Korean name. And all the characters are going to call her that name correctly.”

Oh — whose 2019 Golden Globe win for Killing Eve made her the first woman of Asian descent to be a repeat winner, per Sunday Today — has previously touched on her time on Grey’s Anatomy, and the demanding schedule that came with playing such an iconic character.

“I remember talking to our script supervisor about the tough years — basically two to six — where a lot of us don’t remember what happened, honestly, because we were so exhausted,” she told The Hollywood Reporter upon her exit in 2014. “I cannot express to you the profundity of this exhaustion, but what I feel now, being able to zoom out and have a bit more space, was in the state of exhaustion, I feel like I was more reactive than I wish I would have been.”

At the time, Oh said she’d “be more than happy to come back” for the eventual Grey’s series finale — though in more recent interviews, she’s distanced herself from that plan. For now, Oh is looking ahead toward the fourth and final season of Killing Eve, which she told Geist she’s “in the middle of shooting.”

More like this
Ellen Pompeo & Patrick Dempsey Just Showed Why They Should Team Up Again
By Brad Witter
Why Was Sandra Oh At The Queen's Funeral? She Represented Order Of Canada
By Radhika Menon
Here’s Everything Coming To & Leaving Netflix In October
By Jake Viswanath
Rhys Ifans Has A Good Reason For Keeping His Love Life On The DL
By Maxine Harrison
Get Even More From Bustle — Sign Up For The Newsletter