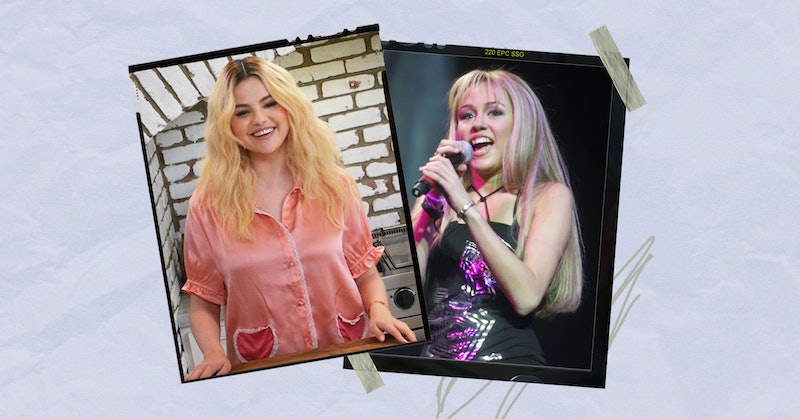 Selena Gomez and Miley Cyrus not only have Disney Channel in common, but now, they share a home too — kind of. The upcoming fourth season of Gomez’s cooking show Selena + Chef takes place at a very significant location: Hannah Montana’s old house. HBO confirmed to E! that the new season was filmed at the same Malibu house that was used as the exterior of the Stewart residence for the first three seasons of Hannah Montana.

The Only Murders in the Building star shot the first three seasons of her HBO Max series, which pairs Gomez with top-tier chefs and restauranteurs for virtual cooking lessons, at her own Los Angeles house, which allows for regular appearances from her roommates and grandparents. But for Season 4, which premieres on Aug. 18, she decided to head to Malibu with her family and friends for a change of scenery, and it ended up being a full-circle moment for the Disney Channel alum. Gomez appeared on three episodes of Hannah Montana as Mikayla, Hannah’s biggest nemesis, making her arrival at the character’s old Malibu house just a little bit ironic.

The Malibu house is a star in its own right, as it was also featured on HBO’s hit series Big Little Lies as the home of Reese Witherspoon’s character Madeline Martha Mackenzie. The home boasts seven bedrooms, eight bathrooms, multiple living spaces, a two-story guesthouse, beach access, and stunning ocean views all around, making it a natural fit for popstars both real, like Gomez, and fictional, like Hannah. While the house is currently off the market, Zillow estimates its value to be north of $8.5 million, and fans can rent it out for somewhere between $3000-5000 a night.

The new season of Selena + Chef will start streaming on HBO Max on Aug. 18 and feature Gomez trying out recipes with some famous TV chefs, including Gordon Ramsay and Rachael Ray. There’s no word on whether Cyrus will make a guest appearance to reclaim her territory.

More like this
17 Years Ago, 'Hannah Montana' Reportedly Almost Cast This 'Gossip Girl' Star
By Grace Wehniainen
Kathy Hilton Tried To Explain Why She Misidentified Lizzo As Precious On Live TV
By Jake Viswanath
Shakira Joked About An Early 2000s Video Of Her First Camera Phone Encounter
By Stephanie Topacio Long
Kanye West Has The Most Kanye Reaction To Kim Kardashian & Pete Davidson's Split
By Jake Viswanath
Get Even More From Bustle — Sign Up For The Newsletter