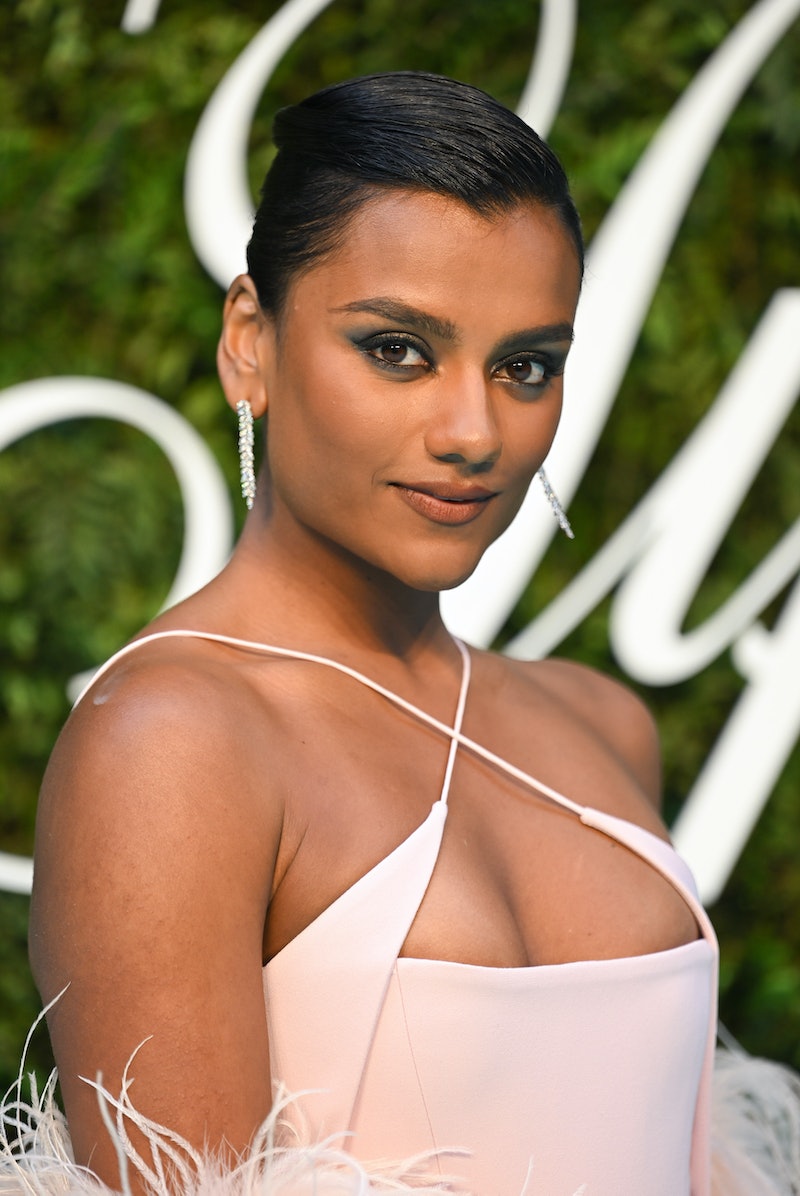 If you’ve watched Kate and Anthony’s steamy, slow-burn romance on Bridgerton Season 2 a few times now, you know that “animal” could definitely be used to describe their deliciously tension-filled relationship. (For research purposes, please revisit the Episode 7 moment where Anthony literally growls at Kate to go back inside, before they finally get together in the garden.)

As it turns out, Simone Ashley had indeed studied the animal side of intimate scenes well before joining Shondaland and the ton — but the creatures she learned about? Surprisingly slimy. In an interview for the Los Angeles Times’ entertainment podcast, The Envelope, Ashley revealed that the Sex Education intimacy workshop taught her and her co-stars how to visualize sex scenes based on the animal kingdom, including its tiniest creepy crawlies.

“We explored the movement of different animals to kind of portray different paces or different sexualities or how sensual something could be,” she said in the conversation, which released June 21. “For example, we looked at how snails mate, and when snails mate, they actually produce a plasma that intertwines. So if it was a really sensual, slow kind of scene, we’d be like, ‘Oh, it’s like the snail. And it’s super like the plasma, like falling like honey.’”

This method, Ashley explained, allowed the actors to approach their sex scenes “like a dance, and make it very character-driven.” (Sounds a lot like Kanthony, no?)

Before joining Bridgerton as Kate Sharma — aka, the new Viscountess Bridgerton — Ashley played Olivia Hanan on the first three seasons of Sex Education. However, as she revealed on This Morning, she won’t be doing double duty on the two Netflix shows going forward. “No, I get asked that all the time,” she said. “I mean, I’m a Bridgerton girl now.” Ashley will be back for Bridgerton Season 3, which is set to focus on Colin and Penelope’s friends-to-lovers romance.

Of course, even though she’s no longer playing a Moordale Secondary student, Ashley still seems to carry pieces of the show with her. As she told the Times, “It was such a great platform moving forward in my career, like for shows like Bridgerton where there are a lot of intimate scenes.”

Ashley also praised Sex Education’s “amazing” team for providing a secure, trusting behind-the-scenes environment. “I think it just gave us all, like, the practice and experience of how to be professional on a set like that,” she said. “And you learn that ... as you’re making sure that you’re protected and feel safe, you’re doing the same for whoever you’re working with, and your co-star and you really have to trust one another. And I definitely found that within Bridgerton.”

More like this
At 28, Tisha Campbell Was Newly Married & Dancing Through A Career Pivot
By Grace Wehniainen
Bridgerton’s Simone Ashley Stars In ODESZA's "Love Letter” Music Video
By Radhika Menon
Lisa Kudrow Explained How Her Body Image Changed While Filming 'Friends'
By Grace Wehniainen
Miranda Cosgrove Reacts To Jennette McCurdy’s Shocking ‘iCarly’ Revelations
By Grace Wehniainen
Get Even More From Bustle — Sign Up For The Newsletter