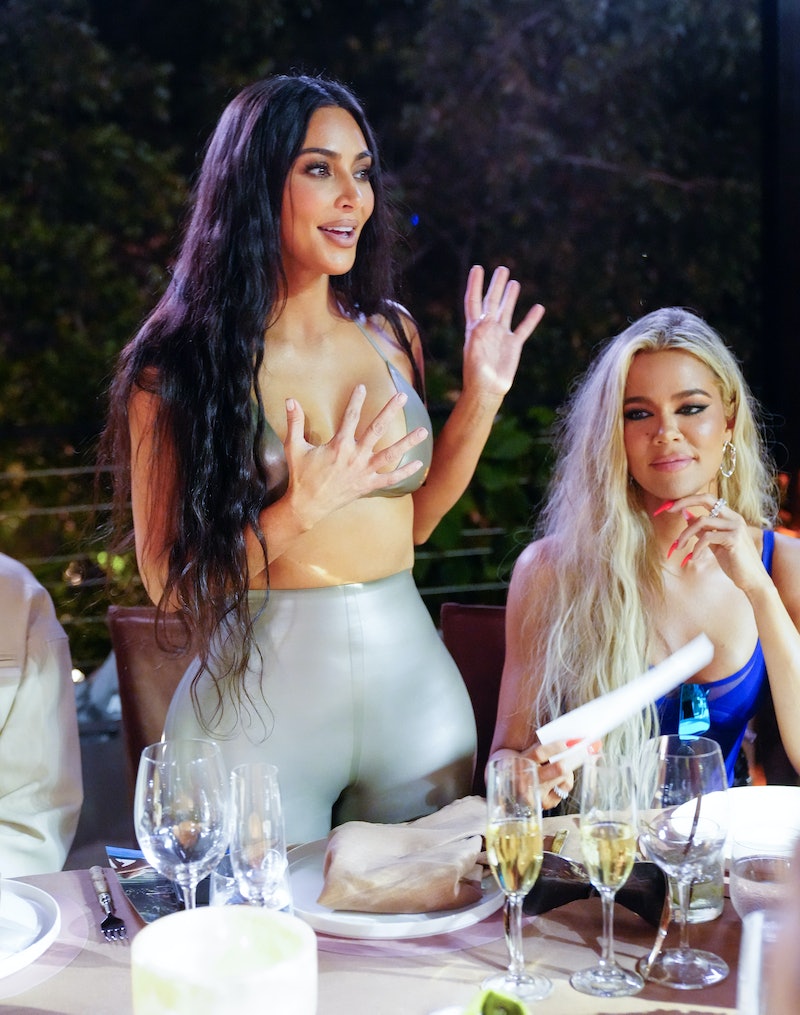 The premiere episode of The Kardashians saw the titular brood through some high highs (Saturday Night Live! Kravis sweetness!) and low lows, including Kim’s tearful reckoning with more sex tape drama. But according to Kim and Khloé, the most difficult scene to film hasn’t aired yet.

In a recent interview with USA Today, published on April 13, the sisters agreed that their toughest filming moment was when Kim called Khloé with the news that Tristan Thompson had been involved in another cheating scandal — this time, he’d actually fathered a child with another woman. “Déjà vu,” Khloé said. “I think the first time, it was either Kendall or Kylie that called me. Now it's good old Kim.” The Skims founder called with the news while filming a workout, she told the outlet.

“When you're hurt so many times — your reactions, your responses to the same thing happening over and over again — there is a numbing sensation to it,” Khloé added. The news of Thompson’s infidelity broke in January, while the first episode of The Kardashians takes place in early fall, before Kim’s SNL gig. “Every day, he tries to show me and prove to me that he’s a different person and that I should have faith and trust him,” Khloé says during the episode. “But him and I have been through so much together that I have a lot of reservations. My guards are up.”

Though the cheating reveal will ostensibly happen later in the season, several fans pointed out that Tristan appeared to be nervous as early as Episode 1. During the scene when Kim’s son, Saint, shows her the sex tape ad on Roblox, Kim grabs the iPad and tells Khloé to “look at this,” and Tristan seems alert in the background. TikTok user @icutyolawnduhh said “he’s been exposed [too] many times the PTSD kicked in,” while @andrewdevitre described the reaction as “the look of terror.”