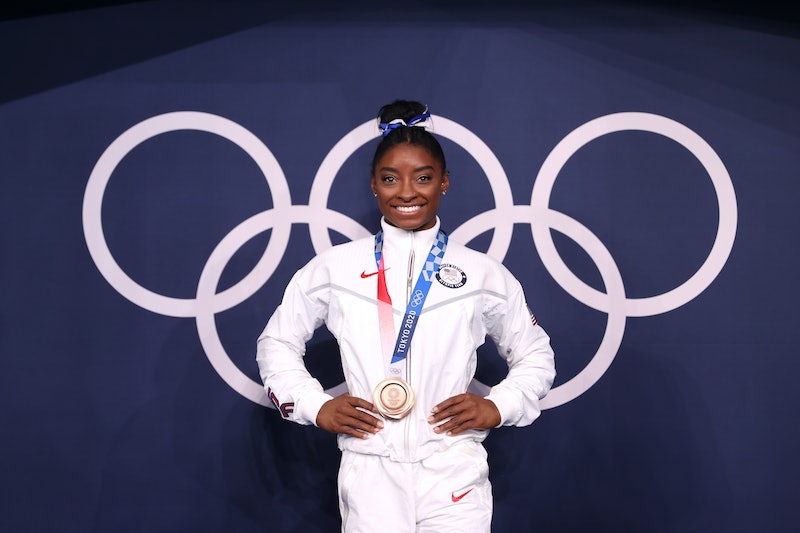 Simone Biles sparked conversation last week when she pulled out of the team and all-around finals at the Summer Olympics in order to preserve her mental health, with fans and celebrities like Taylor Swift offering support and praise to Team USA’s most decorated gymnast. She also garnered some criticism for the decision, especially from conservative media personalities Piers Morgan and Charlie Kirk, who called her “selfish” and “weak.” Following her triumphant return to the competition and bronze win at the Aug. 3 balance beam final, however, Biles told reporters that her family also suffered the loss of her aunt this past week.

“Two days ago, my aunt unexpectedly passed, and that was something I wasn't expecting to happen at the Olympic Games either,” the 24-year-old athlete said, as reported by CNN. “So, at the end of the day, you have to be a little bit more mindful of what you say online because you have no idea of what these athletes are going through as well as [in] their sports.”

In the same interview, Biles also detailed what was going on behind the scenes when she stepped back from the competition due to the “twisties,” aka a disconnect between the brain and the body’s muscle memory that’s common for gymnasts. “Every day I had to be medically evaluated by the doctors, and then I had two sessions with a sports psychologist which kind of helped keep me more level-headed,” she told reporters of the preparation for her return. “I was cleared to do beam, which I honestly didn't think I'd be cleared to do last night.”

After the news broke of her aunt’s passing, Biles’ fans immediately flocked to social media to share their support for the gymnast. While many fans applauded her courage to return to the games, others called for Morgan, Kirk, and others to take back their insensitive comments. “I'd say some people owe her an apology, but unfortunately I don't have faith in those who demonized an Olympic athlete for being human,” wrote one Twitter user. “You're doing just fine @Simone_Biles. Ignore the haters.”

Below, more fans offer support to Biles and her family on social media.

More like this
David Beckham’s Controversial Qatar Deal Skyrocketed His Net Worth
By Catharina Cheung
'Breaking Bad' Duo Walt & Jesse Are Back — In This Super Bowl Commercial
By Jake Viswanath
Twitter Can’t Believe The Madonna Biopic Is Scrapped & Fans Have A Solution
By Alyssa Lapid
Twitter Is Divided Over Madonna’s Controversial 'Vanity Fair' Cover
By Alyssa Lapid
Get Even More From Bustle — Sign Up For The Newsletter
From hair trends to relationship advice, our daily newsletter has everything you need to sound like a person who’s on TikTok, even if you aren’t.