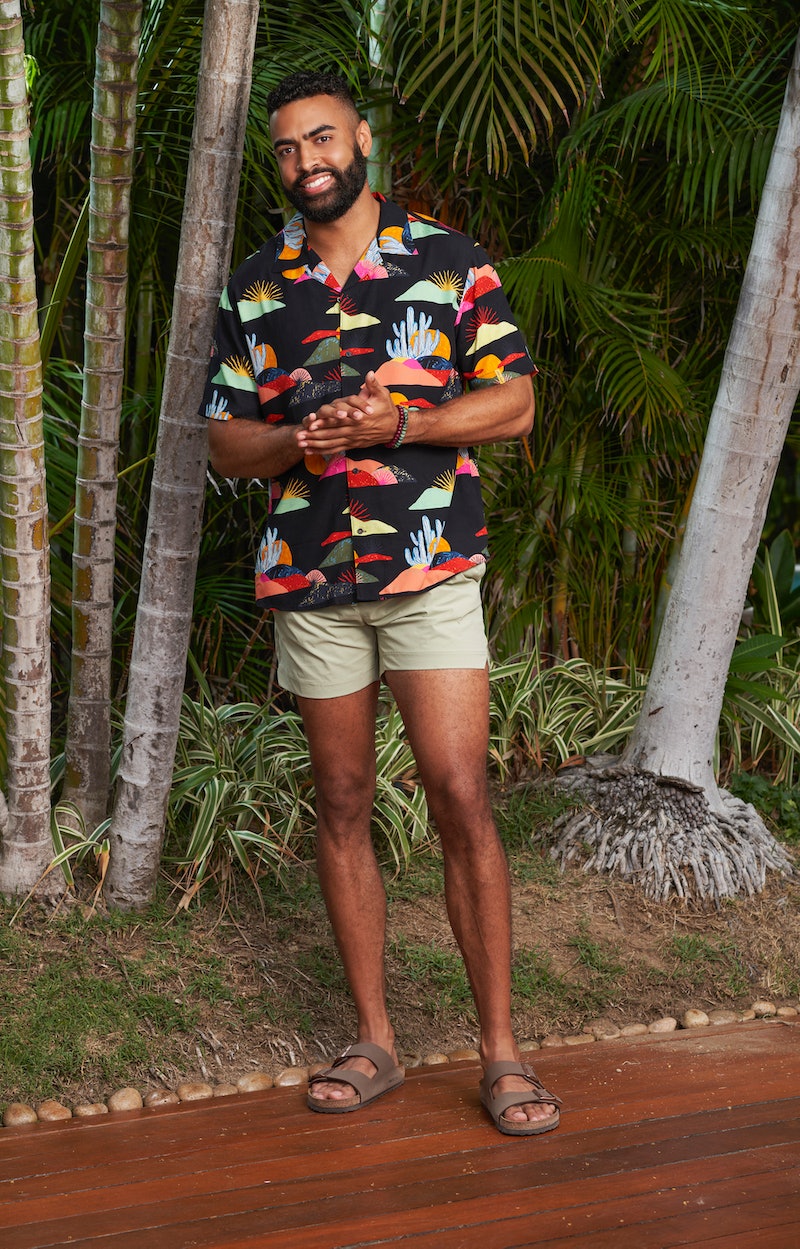 After his initial connection with Genevieve Parisi fizzled out and his former reported fling Salley Carson left the beach in record time, Justin Glaze was left with no strong prospects for getting a rose during the latest episode of Bachelor in Paradise Season 8. Ultimately, Justin was sent home — and though the Baltimore-based artist is known for his hilarious reaction faces, his expression post-rose ceremony was simply one of sadness. “Leaving today, it sucks,” he said. “I’m just looking for that one person that can make me feel like, this could be it. And I haven’t found the spark, but I’ve got a lot of love to give. So I’m hoping maybe they’ll show up soon.”

Since leaving Paradise, Justin has been spending some quality time in his hometown of Baltimore, Maryland, according to his Instagram. He was even asked to paint a mural for the Ravens stadium. “This project was so special because it culminated in an unforgettable moment for me and my family as it brought me and my brother together; our passions and respective crafts colliding to tell one collective story of the beauty and grit of our city,” Justin wrote in an Oct. 5 post.

There have been rumors, however, that Justin’s Paradise elimination wasn’t quite as final as it seemed. Potential Bachelor in Paradise spoilers ahead.

According to Reality Steve, Justin reportedly returns to the show at some point after the Love Island-esque contestant switch, in which the women leave the beach to test their respective relationships. After his return, Reality Steve claims that Justin pairs up with newcomer Eliza Isichei from Clayton Echard’s Bachelor season. Though Eliza and Rodney Mathews are apparently forging their own connection, it seems that Justin may have a chance of stepping in.

Before Paradise, Justin addressed the possibility of such a scenario on Click Bait with Bachelor Nation. Though he said he wouldn’t “swoop” a friend’s romantic interest right away, things might change later in the season. “As time passes, if me and that girl naturally gravitate towards each other, another conversation has to be had,” he said. “The intent from the beginning may have been for them two, but I would say where I’m at and how I’m feeling. It’s all about communication and knowing how Paradise works.”

Of course, Justin’s return is still a rumor at this point, and it’s not clear exactly why or how he’ll return if that does ultimately happen. However, there’s already precedent this season with Kira’s return for Romeo — so clearly, anything is possible.