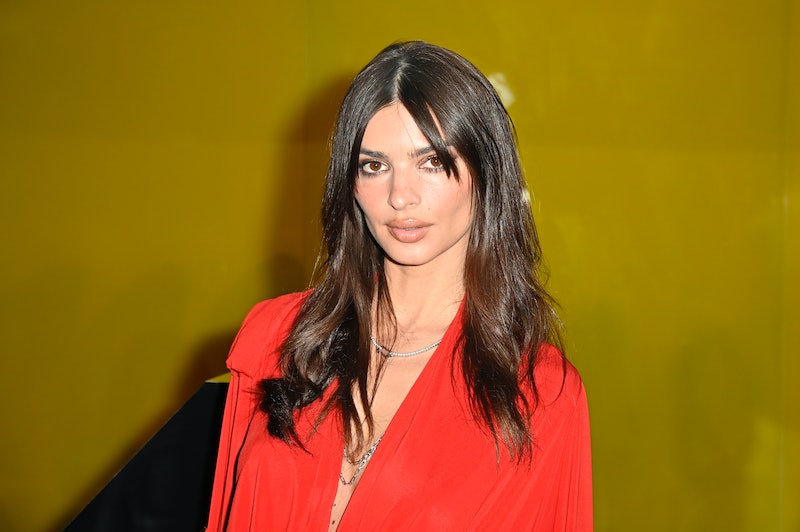 Model Emily Ratajkowski has been considered the “it” girl since she broke onto the scene in the video for Robin Thicke’s controversial 2013 song “Blurred Lines,” and it’s no surprise that her dating life has been a source of interest.

After her marriage to Sebastian Bear-McClard, with whom she shares son Sylvester, ended in 2022, EmRata has been linked to multiple celebrities. In early January, she was spotted in New York City with comedian Eric Andre. TMZ reported that the duo dined at the Japanese restaurant Sakagura in Midtown for three hours and were seen with their arms around each other throughout the evening.

Before that, EmRata added her name to the list of beautiful women that the Saturday Night Live star Pete Davidson dated. After his breakup with Kim Kardashian, the comedian briefly dated the model at the end of 2022. Ratajkowski previously explained Davidson’s sex appeal on Late Night with Seth Meyers. “I feel like only other men feel [that he isn't attractive]. Guys are like, ‘Wow. What’s that guy got?’,” she said during her appearance. “And I’m like, I mean, he seems super charming. He’s vulnerable. He’s lovely. His fingernail polish is awesome. He looks good! [He has a] good relationship with his mom. We love it. It's hard to find them.”

Still, the relationship seemed to only last a few dates and seemed to be over as of January 2023 when she spoke about her dating struggles and said she feels like she attracts the “worst men” on her podcast High Low. While she didn’t name names, she used the podcast to air her frustrations about dating men and masculinity in general. “That's what I hate with dating… men in particular. They're like, ‘OK, yes, you're special. You've done it.’ And they love it and love it, and then slowly they get emasculated and don't know what to do with those feelings, and then they resent you,” she revealed. “They start to tear you down, and then you're back to square one. And it's so f*cked up and unfair because I feel like a lot of men who truly think they want a strong woman actually don't know how to handle it and… what it means for their own identity.”

In between all of this, EmRata went on dates with DJ Orazio Rispo and artist Jack Greer. Daily Mail caught her sharing a goodnight kiss with both men in front of her NYC apartment in December, but both romances seem to have fizzled by the end of 2022.

The model revealed she also joined dating apps as another source for love and hookups. “I was feeling defiant because so many people told me not to get it,” she said on her podcast. Despite her track record, EmRata claims she wants to “meet normies” who don’t have ties to entertainment jobs. She didn’t reveal which app she had joined, but we’d bet it’s not Raya since she’s looking for everyday people, so prepare your opening lines now.

More like this
Who Is Allison Williams Dating After Her Divorce? She’s Engaged With A Child
By Jake Viswanath
Selena Gomez Confirms She's Single Amid Drew Taggart Dating Rumors
By Martha Sorren, Jake Viswanath and Jack Irvin
Everything You Need To Know About Kanye's Post-Kardashian Dating Life
By Bustle Editors
John Corbett's Wife Bo Derek Once Revealed If She's Team Aidan Or Team Big
By Alyssa Lapid
Get Even More From Bustle — Sign Up For The Newsletter
From hair trends to relationship advice, our daily newsletter has everything you need to sound like a person who’s on TikTok, even if you aren’t.