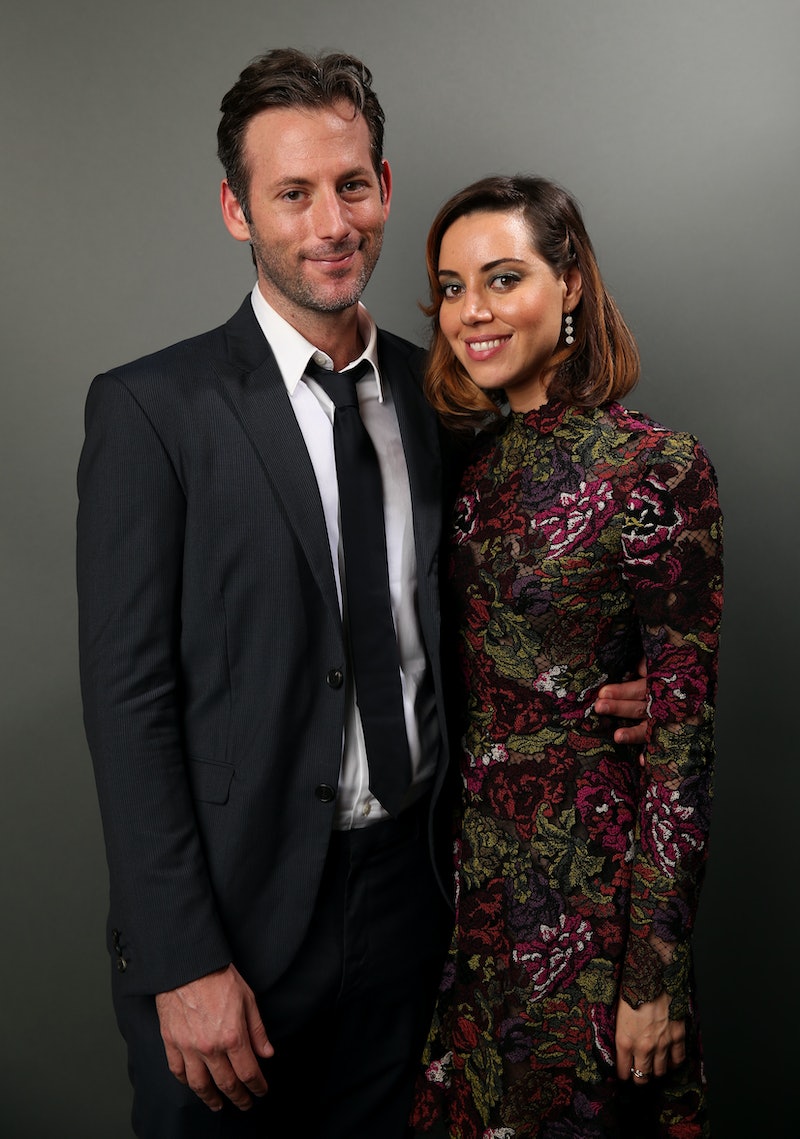 Aubrey Plaza and filmmaker Jeff Baena have been in a relationship since 2011, and in that time, they’ve worked on three films together (The Little Hours, Joshy, and Life After Beth) in addition to Showtime’s Cinema Toast series, the actor’s directorial debut. On May 7, Plaza took to Instagram to celebrate the announcement of their next collaborative film, indie comedy Spin Me Round, directed by Baena and written by him and Alison Brie, who stars in the film alongside Plaza, Alessandro Nivola, and Molly Shannon, among others. In a caption posted alongside a photo of her and Baena, Plaza casually referred to him as her “darling husband,” revealing that the two have been married for an undisclosed amount of time in a shock to fans.

“So proud of my darling husband Jeff Baena for dreaming up another film that takes us to Italia to cause some more trouble,” wrote Plaza on Instagram. “Excited to be reunited with the amazing @alisonbrie (who also co-wrote this one!) and @theofficialsuperstar [Shannon] @sordociego [Fred Armisen] @lauren_weedman and so many more fun people in this. Preparati!!”

Reps for the pair confirmed the marriage to People shortly after Plaza’s post went live. In a recent interview with the magazine, she opened up about spending the pandemic with Baena. “We were quarantined for months and months like everybody else,” she said. “And we did enjoy it. I think it was, obviously other than all of the catastrophic things happening in the world, just on a personal level, relationship level, was kind of nice to just be forced to be in one place for that long. Could have gone either way, I guess.”

The couple received celebratory comments from celebrities like Natasha Lyonne and actor Dan Stevens on Instagram, but many fans’ comments were written in sheer surprise. “UM HUSBAND HOLD ON THERE,” wrote one fan. “Here’s what you missed on Glee,” joked another. Check out more shocked reactions to Plaza and Baena’s marriage on social media.