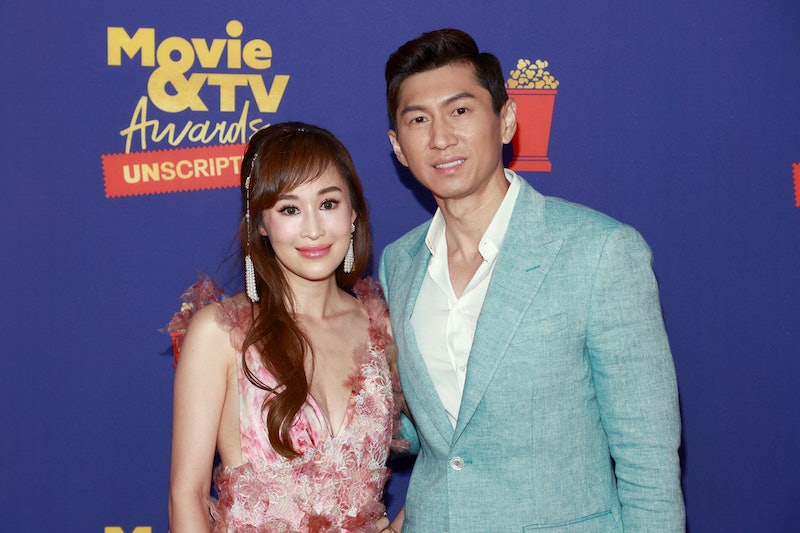 Season 2 of Bling Empire, Netflix’s real-life version of Crazy Rich Asians, wasn’t short on drama. Best friends Kane Lim and Kevin Kreider got into a fight, Kevin’s pursuit of Kim Lee ended with a lie detector test, and Anna Shay and Christine Chiu’s Season 1 pettiness escalated to legal threats. But the biggest bombshell of the season was about Chèrie Chan and Jessey Lee’s relationship.

The couple was an integral part of Season 1, which they ended on a happy note after Chèrie proposed to Jessey at a party, no longer content to wait for him to make the first move. So it was a shock when TMZ reported in July 2021 that Chèrie and Jessey would not return to the show for Season 2, with the couple saying they opted to leave the Netflix series to focus on their family and their businesses. EW noted in its own report that the couple had already filmed scenes for Season 2 prior to their departure, though it was unclear at the time whether they would make the final cut of the show.

Now that Bling Empire Season 2 is out, we know that is indeed the case — Chèrie and Jessey appear in early episodes of the new season with their two kids, J'adore, 5, and Jevon, 2, though they disappear after a few episodes without much explanation. The season picks right back up on the wedding tension, with Jessey disinterested in the minutiae of wedding planning — it gives him “a headache,” he says. Chèrie even ends up shopping for her own engagement ring with Anna. But toward the end of Episode 1, a different rumor shocks the cast. Season 2 newcomer and Chèrie’s longtime friend Leah Qin meets up with fashionista Jaime Xie and immediately stirs the pot when she mentions that Jessey already had a family prior to meeting Chèrie. “Crystal and Jessey [were] married and have two kids,” Leah says.

None of the Bling Empire cast members appeared to know about Jessey’s history, so when Jaime told the group, they were initially concerned that Chèrie wasn’t even aware of Jessey’s family from a previous marriage. Leah later clarified that Chèrie actually met Jessey through his ex-wife after Chèrie’s ex-boyfriend introduced the two women. “And then they [found] out Chèrie and Jessey became together and Chèrie broke up with her ex-boyfriend,” Leah explained. She added that she had “no idea” if Jessey ever got divorced. After, some cast members stalked Jessey’s ex-wife online, speculating that maybe Chèrie and Jessey got together while both were still in their respective relationships. They also wondered whether Jessey was still married to Crystal. (He’s not. Jessey filed for divorce in 2015 and it was affirmed in July of 2019.)

Kane, who was especially upset that his friend didn’t confide in him, tried to confront Chèrie at a party, but was interrupted by Anna and American Idol star Paula Abdul’s entrance. That was the last time fans saw Chèrie on the show.

The show’s eagle-eyed fans confirmed the rumors themselves after finding a photo Jessey’s ex-wife posted with Cherie on Jan. 17, 2015. Crystal initially captioned the pic, “#selfie#wefie with my girl @cherieofficial,” but a year later, she wrote a telling comment on the same photo. Tagging Chèrie and her fan page accounts, Crystal wrote, “Here’s when she was trying to befriend me when she was really trying to hook up with my husband.”

Did Chèrie & Jessey Address The Rumors?

While the couple, who got married in an intimate wedding on Sept. 8, 2021 at the Château de Saran castle in Champagne, France, hasn’t commented directly about the rumors, they spoke to Brides magazine about their love story.

Detailing how they met, Chèrie told the outlet, “I met Jessey in Vegas, when I was visiting with some mutual friends who I had gone to UCLA with. We didn’t talk to each other at all, but knew of each other through those friends.” She added, “After his divorce, he reached out to me half a year later.” Jessey then went on to recall the first date they had where they “ended up driving back to the hotel and talking in the lobby, talking, until at least 4 a.m.” He even went for a kiss, he shared, but she “dodged” it.

Chèrie also revealed that — contrary to what viewers saw on the Netflix show — Jessey “basically planned” the entire wedding. “He did the whole thing. I just took care of the dress, and I picked out the flowers,” she said, adding, “He even threw in a surprise, elaborate proposal a couple of days before the wedding.”

Back in February 2021, Chèrie already told The Sun that she had qualms about returning to Bling Empire. “Right now we’re really focused on Religion Tequila and Bresatech. Our family is in furniture and textiles. We’re very focused on building a legacy for our children. We don’t want to rely on our families,” she said. She also added how “tough” the show is as a mom. “I’m really worried about the kids,” she said. “It’s great, but it comes with a lot of mom wanting to protect her child.”

Two days before the Season 2 premiere, Chèrie shared her Brides feature on Instagram and seemingly shaded her Bling Empire castmates. “️Don’t be friends with people who try to hurt your family, kids, and close friends,” she wrote. “I will protect you always. It’s ok to marry, fall in love, have kids, divorce, marry again, we should always celebrate love and be there for one another.”

For months, Chèrie and Jessey seem to have been shading people, signaling hostility between the castmates. On April 29, weeks before the show aired, Chèrie posted a photo with Jessey captioned, “Together 24/7” with the hashtag “#hatersgonnahate.” Jessey commented, “Our ❤️ for each other will never be “tested” 😘 What a bunch of 🤡 😂.” On May 16, Chèrie shared an Instagram story tagging friends who “know the real me.” Aside from hints on Instagram, the couple has not shared any official statement as of publication about their depiction on Season 2 of Bling Empire after its premiere.

What Does The Bling Empire Cast Think Of Chèrie & Jessey’s Exit?

Chèrie and Jessey’s Bling Empire costars reacted to their abrupt exit in an interview with Entertainment Tonight on May 13. Christine Chiu said she was “disappointed” when they left. “I really was wanting them to tell their story and to complete their story.” She added, “They signed up for this project and trust me, there were a lot of times and a lot of moments where I wish I could have just quit and walked away, but I had to pull up my big girl panties and continue with the commitment that I had made.” She understands the “mother’s perspective” of wanting to protect the family, she continued. “I have to respect her decision, which I am assuming was in the best interest of her family.”

Jaime Xie, meanwhile, surmised that Chèrie left because she “was afraid of the truth.” Calling her reaction “strange,” she added, “I find that as a way of her trying to avoid the subject because she didn't want to confront it or face it.”

Per the outlet, it appears that Chèrie cut ties with many cast members, including her former friend Kane, whom she ghosted when he reached out. Kevin and Kelly also said they bumped into the newly married couple at a party, but they said hi and “kind of just walked off.” Kim added, “All I know is that she unfollowed everyone.”

It seems Chèrie didn’t unfollow quite everyone — she remains friendly with Anna. J’adore and Chèrie even had a playdate with the heiress over the weekend and posted photos with Anna. Chèrie congratulated her on the show, writing, “Congratulations on season 2 release and showing us again why you are the real queen bee 👸🏻.”