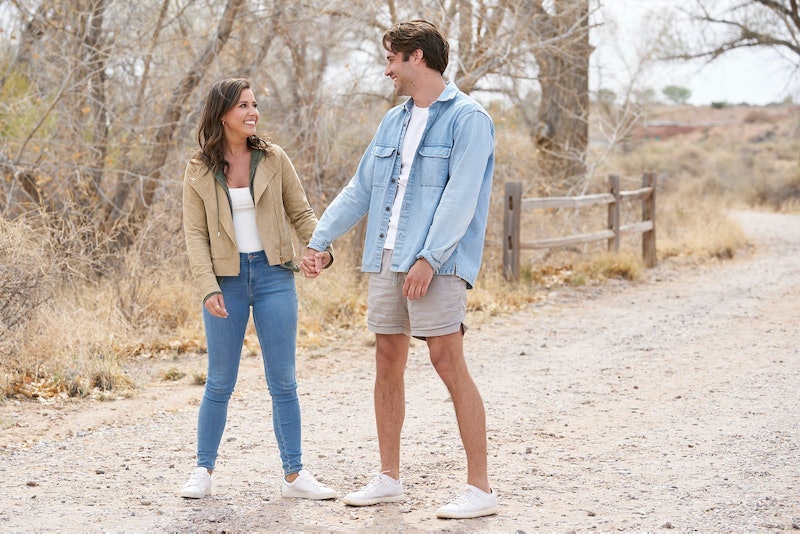 It’s been months since Katie Thurston and Greg Grippo’s incredibly dramatic and tearful goodbye on The Bachelorette, but the former contestant is setting the record straight about why he quit the show. During a recent appearance on the We Met at Acme podcast, the Season 17 frontrunner dispelled rumors that he was nothing more than an actor who was cast to stir up drama and break Thurston’s heart. He also said that he thought they would get back together after the finale.

“It was a really tough decision to leave. It was one of the hardest things I’ve ever had to, you know, choose for myself,” Grippo, 28, confessed in the Dec. 19 interview, per Us Weekly. “It was tough, especially after hearing everyone saying like, ‘Oh, I was acting or I ran away when it got too serious.” According to the marketing and sales representative, all he needed at that point was to hear Katie say that she loved him, even if she went slightly off-script to do it.

“I would have known then [that] this is gonna be my wife,” the New Jersey native confessed. “I wouldn’t have left.” According to Grippo, Thurston’s failure to tell him exactly how she felt made him feel like the entire process was “a little too scripted.” “I had no problem going into, like, the fantasy suite and there being two other guys there,” he explained. “I wasn’t looking for the show to end. I wasn’t at all. I wanted us to communicate on a mutual level in those moments.”

The former contestant also took a moment to remind those listening that it was his future that was on the line. “This is also the rest of my life,” he said. “And if this is going to be the person I marry, I want it to be completely real. And, like, yeah, I want to show my family after and be like, ‘Look what we accomplished, look at what we went through.’ That’s one of the hardest things, I feel like, to make it out of the mud with someone, you know, [on] that damn dating show.”

Elsewhere in the interview, Grippo said that the feelings they had were “real” and that he was confident they would eventually get back together. “I was even calling producers after [I quit], I was DMing, like, Kaitlyn Bristowe — nobody was answering me — but I was like, ‘Is she with him? Did they end up together? Is she coming back to New Jersey?’ I was calling producers left and right,” he said. “I was also telling my family, I’m like, ‘Guys, I think there’s a better chance than not [we get back together] because let me tell you, it’s like very real between us.’”

Of course, that never happened and Thurston wound up accepting a proposal from contestant Blake Moynes. In October 2021, however, they called off their engagement. The announcement was followed by several weeks of dramatic headlines, cheating rumors, and the news that Thurston moved on with another contestant from her season. The former Bachelorette is currently dating aspiring pilot John Hersey, who was eliminated after the second week.

As recently as a few weeks ago, Thurston and Hersey were trying to set the record straight about their romance. In November, Hersey released a lengthy statement insisting that Thurston never cheated on Moynes and that their relationship was “ALWAYS platonic.” Grippo, for his part, has accepted that his relationship with Thurston is over. “That chapter’s closed,” he said on the podcast. “I don’t mean that in a harsh way. But just, I’m just at another point in my life. And I don’t think we’re right for each other anyway.”

More like this
'Bachelorette' Vet Clare Crawley Unveiled 2 Special Wedding Day Accessories
By Stephanie Topacio Long
Hannah Ann Got Engaged 3 Years After 'The Bachelor' & The Proposal Was Dreamy
By Grace Wehniainen
Zach Reveals The Chaotic 30 Minutes That Were Cut From ‘The Bachelor’ Premiere
By Grace Wehniainen
Everything You Need To Know About Kanye's Post-Kardashian Dating Life
By Bustle Editors
Get Even More From Bustle — Sign Up For The Newsletter
From hair trends to relationship advice, our daily newsletter has everything you need to sound like a person who’s on TikTok, even if you aren’t.