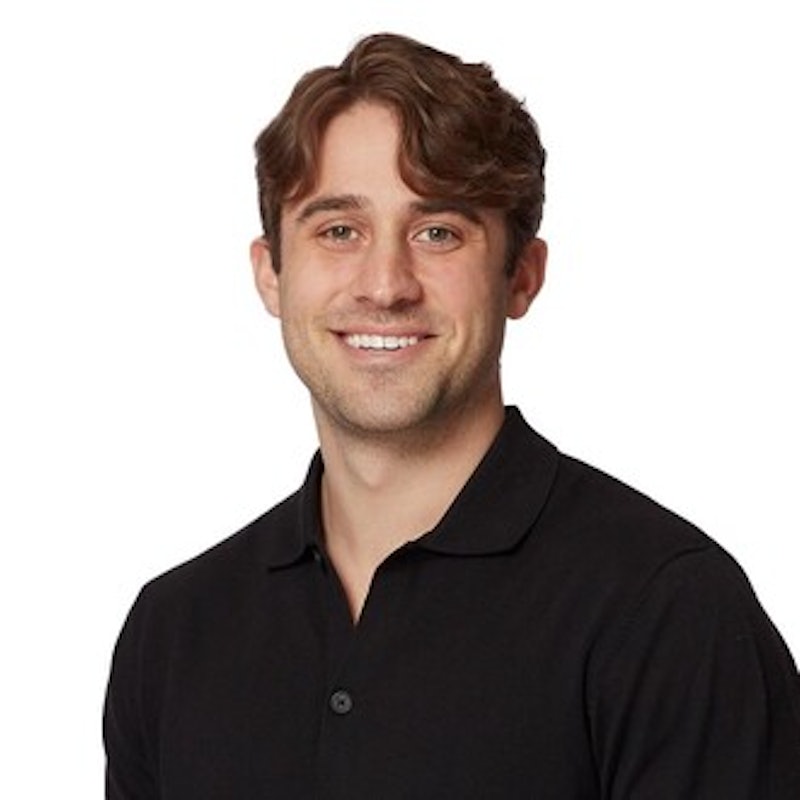 Katie Thurston’s Bachelorette season has been filled with its fair share of drama. Soon after eliminating himself from the show, Greg Grippo reunited with Katie at the After the Final Rose special on Aug. 9 for an incredibly tense conversation that many fans considered emotionally manipulative on his part. Katie accused him of using her and the show for fame and exposure under the guise that he was genuinely looking to get engaged. He denied such allegations, but days after the reunion aired, Greg sat down with former Bachelor Nick Viall on his podcast The Viall Files to discuss the fallout.

During their hometown date on the Aug. 2 episode of The Bachelorette, Greg informed his parents that Katie was “the one” and told her their relationship was the happiest one he’s ever been in. She didn’t exactly feel the same, and he quickly grew insecure and heated, which led to his departure. At the After the Final Rose reunion, Greg expressed that he wanted more from Katie during their explosive conversation but ultimately believed everything happened for a reason. Katie, on the other hand, refused to hug Greg as she walked onstage. “I never felt that you actually intended to probably ever get engaged in that journey together,” she told him. “You’re saying that I'm not validating you enough, but it's like, you got a first impression rose, you got a first one-on-one, a second one-on-one.”

Katie further claimed that she felt she was validating Greg every week, and seeing him turn on her so quickly after the hometown date led her to think he was looking for an out. Defending his actions, Greg said he always intended to get engaged, but Katie didn’t believe him and accused him of gaslighting, which he denied. “Using me to get the experience, the exposure, dare I say the acting practice, at my expense,” she continued. “I mean, it was pretty good until the end when you kind of f*cked it up and ran away.”

In an Aug. 11 episode of The Viall Files, the former Bachelor asked Greg if he has any regrets. “You know, the first time I watched it... I wasn’t looking through Katie’s lens,” said Greg. “Watching it for the second time with all of the viewers, yeah, I came off like an ass. I came off like a petulant child at times. I regret it because she didn’t deserve that. I definitely projected a lot of my insecurities and my anger on her. At the end of the day, it wasn’t fair to her.”

Greg noted that his mental health likely impacted their relationship. “Maybe it wasn’t the healthiest relationship in the world because I was depending on her for happiness, and that wasn’t fair to her,” he continued. “I want to be in a position where I’m completely happy with myself before I get into another relationship.” Furthermore, Greg detailed his history as an actor, saying that he enrolled in acting school when he “didn’t know where to go in life,” though he took an extended period of time off when his father was ill. He claims he was never trying to hide his past, as he didn’t love acting and never went on any auditions, which is why he didn’t include it on his LinkedIn page, contrary to rumors.

On his reaction to the breakup scene with Katie, Greg said, “I hate watching that back... That hometown [date] made me really upset, truthfully.” He continued, “I was so eager to try to get on the same page as her, but it didn’t come off that way. I came off angry, like a child. It was very immature for me... We can’t normalize that behavior. I was pretty ashamed of it all.”

More like this
‘RHOSLC’ Star Jen Shah’s Arrest & Legal Drama, Explained
By Brad Witter and Jake Viswanath
The 'Bachelor In Paradise' Schedule Shifts To 4 Hours Every Week After The Season 8 Premiere
By Brad Witter
Bachelorette Gabby Kissed Her New Fiancé On 'Dancing With The Stars'
By Jake Viswanath
Here's Exactly When Rachel & Tino's Fight Happened After 'The Bachelorette'
By Grace Wehniainen
Get Even More From Bustle — Sign Up For The Newsletter