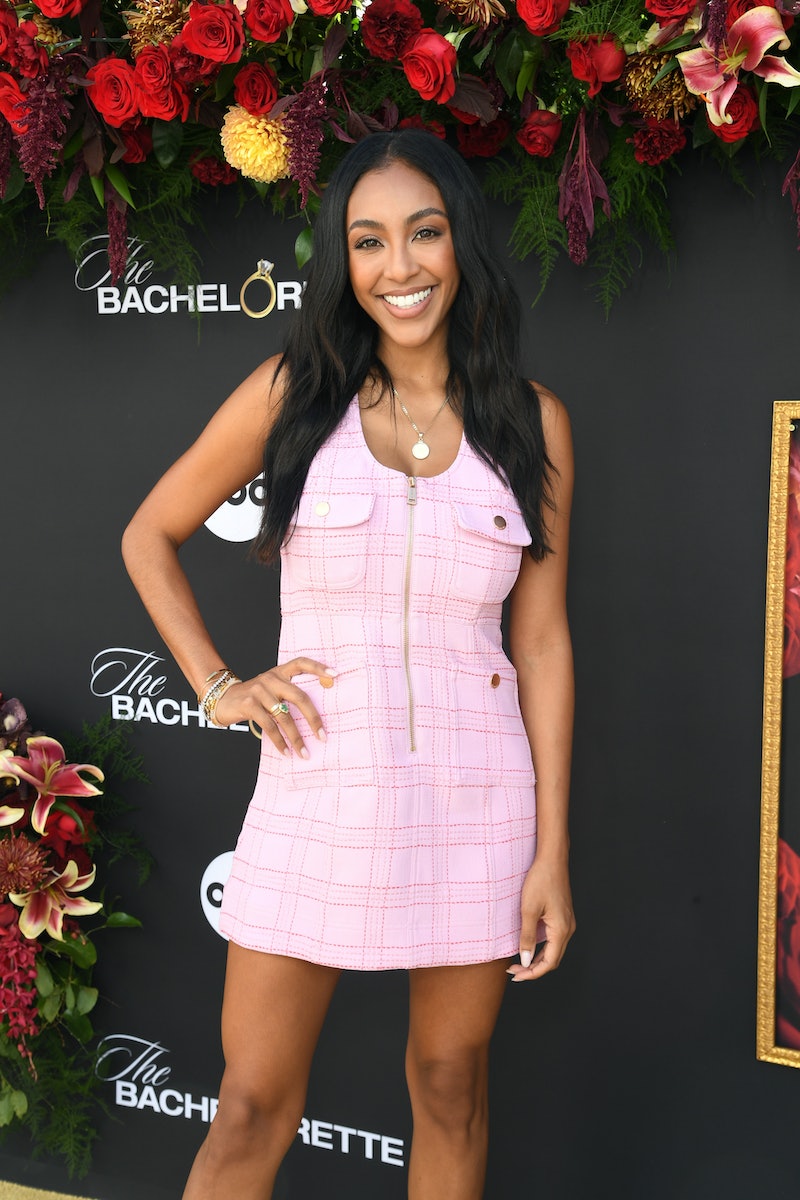 Though Michelle Young’s Bachelorette finale was bookended by a live After the Final Rose special on Dec. 21, one of her biggest Bachelor Nation supporters was notably absent from the occasion. As co-host Kaitlyn Bristowe explained to viewers tuning in, Tayshia Adams had been exposed to COVID and thus sat out the highly anticipated finale.

Tayshia took to her Instagram Story to break the news several hours before showtime. “I do look a little bit too casual to be walking out there tonight,” she said, sporting a sweatshirt. “But it’s just because, as you guys may know, it’s a little crazy here in New York, and I was recently exposed. So just as an abundance of caution for Michelle to have her night, as well as Kaitlyn and all the crew to produce this live finale tonight, I will not be there in person. But that does not mean I will not be tuning in, popping my popcorn, enjoying it all.”

The former Bachelorette sent well wishes to her co-host in Los Angeles, too. “@kaitlynbristowe love you so much, I’m there in spirit,” she wrote. “I’ve cried a lot about not being there tonight but gotta make sure my @bachelornation fam stays safe and healthy.”

Some viewers wondered why the audience was maskless, especially given Tayshia’s precautions. “Still cannot believe they have such a packed live audience without masks on,” wrote Twitter user ebschwartz3. “I guess it’s not as bad in LA as it is in New York City rn but [shrug emoji].”

It seems the concern reached the Bachelor Nation powers that be pretty quickly because before the first hour of the finale was even up, the situation at the live show had changed. Upon a return from a commercial break, the previously unmasked audience was now masked up. “We have seen a lot of chatter online, so just so we’re clear, everyone around me has tested negative,” Kaitlyn said. “But just to exercise additional caution, our audience will remain masked throughout the rest of the show.”

Of course, because the show started sans masks, Twitter wasn’t so quick to buy the preventative measure.

If only the producers heard other Bachelor Nation suggestions that easily — like, who should stay and who should go home, maybe? Or perhaps who fans actually want to be the next Bachelor instead of a certain guy who was barely shown this season?

Because Tayshia is isolating, that means Kaitlyn is managing the evening all on her own. Hopefully, Michelle’s parents don’t pull a Barb Weber and make things extremely awkward if things don’t go their way and Michelle picks Nayte tonight. But if they do, Kaitlyn can certainly handle any and all drama that may transpire — even if she’s a little anxious about it. Earlier in the day, she voiced her fears on Instagram.

“I’ve been up since 7 because I’m so nervous,” Kaitlyn said in her Story. “Live television scares the poop out of me. I mean, I danced on live television before, but like, I’m having major imposter syndrome and wondering if someone’s gonna call the fraud police to come and pick me up and take me away from this job because it’s too good to be true.” After swiftly handling an ever-changing COVID situation and all the inherent Bachelorette emotions, it’s clear Kaitlyn had nothing to worry about.