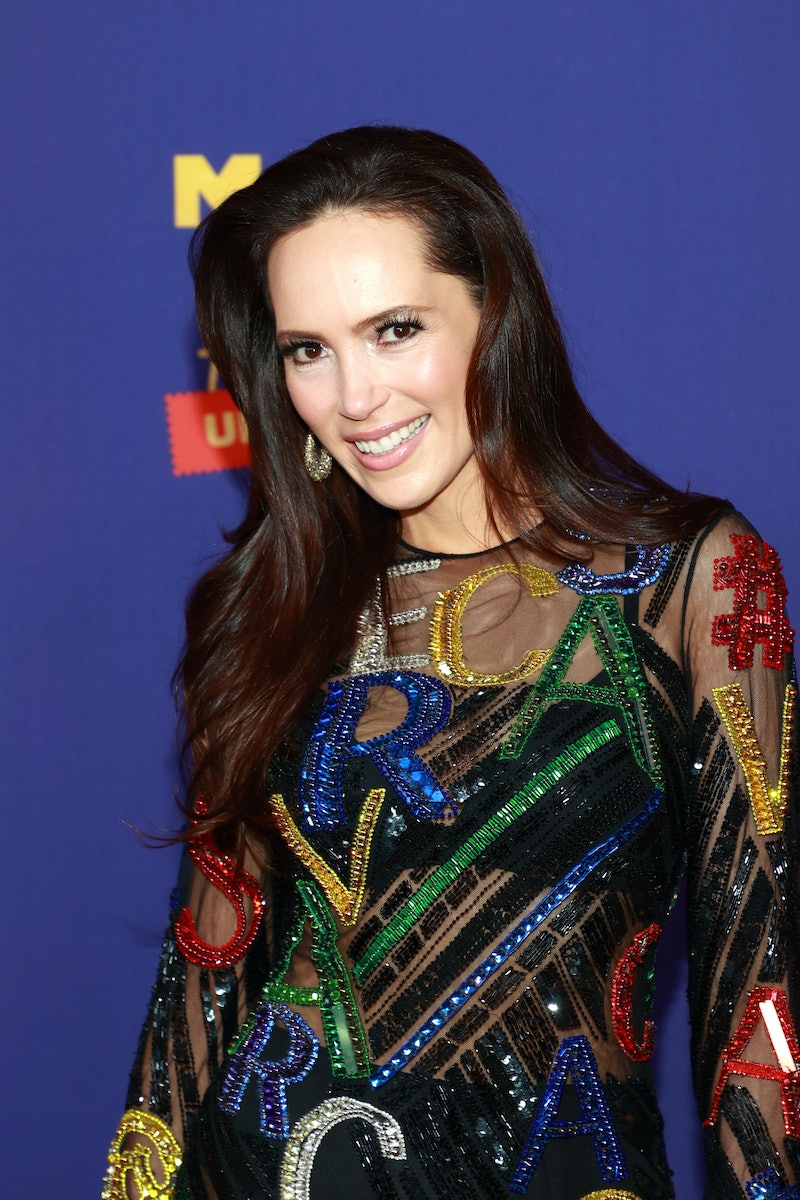 Selling Sunset fans are currently gearing up for Season 4 of the hit reality series, set to premiere Nov. 24 on Netflix. It’s been almost a year and a half since viewers last caught up with real estate agents Chrishell Stause, Christine Quinn, Heather Rae El Moussa (née Young), Mary Fitzgerald, Maya Vander, Davina Potratz, their bosses, Jason and Brett Oppenheim, and all the drama that ensues at The Oppenheim Group offices. Since Season 3 aired, however, it’s been revealed that Brett and Davina have parted ways with the Los Angeles-based brokerage. While Brett departed to launch his own agency, Oppenheim Real Estate, here’s why Davina left The Oppenheim Group.

Dedicated Selling Sunset watchers may assume her multi-season inability to sell that infamous $75 million mansion led to her exit, but that’s not the case. In an October 2020 interview with People, Davina announced she’d be leaving The Oppenheim Group in favor of a position with rival brokerage Douglas Elliman in Beverly Hills. “I'm really excited to be a part of Douglas Elliman and their very sophisticated and global new development division,” she told the magazine. “My background is in new development sales and marketing, so this is just a wonderful opportunity for me. It’s just very in tune with my skills.”

As the People interview was published, Davina said she hadn’t yet told her colleagues-turned-castmates but felt confident they’d be happy for her. “We all know each other so well. So I think they'll be excited and supportive,” she said. “It's not that I wanted to leave, but I had a great opportunity. It was a purely business decision.”

Jason was reportedly “sad” but understanding. “Davina has always been a tremendous asset and a valued agent at The Oppenheim Group, and she is also a friend whose career decisions I very much respect and support,” he told People. “I will always want the best for Davina, and I hope that we continue to work together in the future.”

Regarding Davina’s future on Selling Sunset, she said at the time, “I certainly hope that I’m still part of the cast. Brett is not at The Oppenheim Group anymore either, so I don't think that that's going to be an issue at all.” She’s been present in all Season 4 promotional materials so far, but in a teaser clip released on Nov. 10, Jason announces he’s hired agent Vanessa Villela in Davina’s absence — which is all but guaranteed to become a source of drama.

According to her then-new boss, Stephen Kotler, Douglas Elliman's CEO of Brokerage for the Western Region, Davina’s reality TV fame was an important part of her resume in the hiring process. “She's a great, amazing salesperson, and working in reality TV gives you the ability to really hone your skills because you're being watched by everybody,” he told People. “I think that she's going to be a superstar at Elliman, and we're excited for her to be here.”

As revealed to Bustle by a spokesperson for the firm, however, Davina actually quit her position at Douglas Elliman in April 2021. Sorry to any fans who were hoping to see her join the cast of Bravo’s Million Dollar Listing: Los Angeles alongside the firm’s Tracy Tutor and Fredrik Eklund. Whether or not Davina will rejoin the Oppenheim Group is to be determined — though she is confirmed to appear on Season 4 of Selling Sunset, so you’ll have to tune in to find out.

More like this
'Bling Empire: New York’ Star Tina Leung Has A Superhero Alter-Ego
By Alyssa Lapid
Brittany Snow Files For Divorce From Tyler Stanaland After 'Selling The OC' Drama
By Grace Wehniainen and Radhika Menon
Who Is Dorothy Wang Dating After The 'Bling Empire: New York'?
By Karen Fratti
Andy Cohen Apologized To Larsa Pippen After A 'RHOM' Season 5 Reunion Dust-Up
By Brad Witter
Get Even More From Bustle — Sign Up For The Newsletter
From hair trends to relationship advice, our daily newsletter has everything you need to sound like a person who’s on TikTok, even if you aren’t.

This article was originally published on November 23, 2021